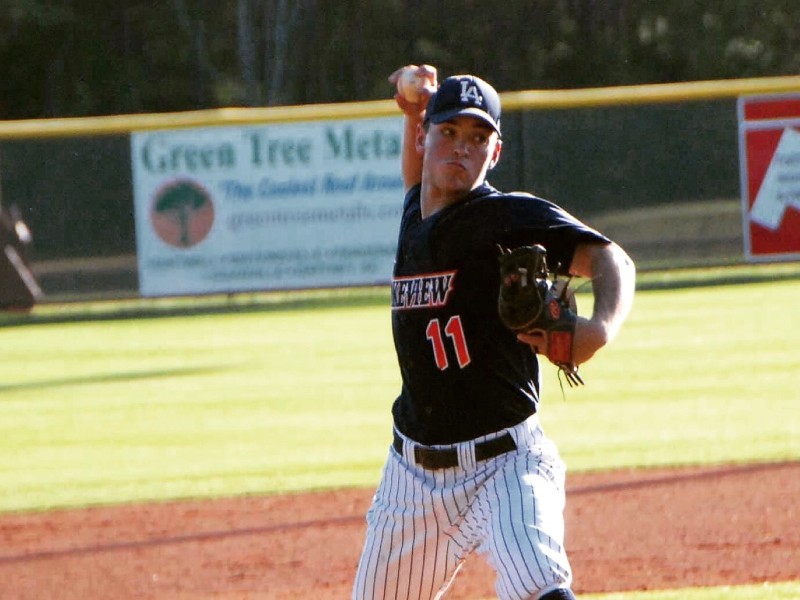 CARTERSVILLE — Lakeview Academy, ranked eighth in Class A Private, continues to look strong in the early going after routing No. 15 St. Francis 16-0 in five innings Friday in a game played at the Lakepoint Sports Complex.

The Lions (6-1) jumped all over the Knights (6-4) scoring six runs in the first and five more in the second. After single runs in the third and fourth Lakeview put the game away with three in the fifth.

That was more than enough for Andrew Estes. The senior hurler tossed a complete-game, two-hit shutout striking out 11 batters.

Estes also helped lead a 14-hit attack. Estes, along with Parker Allen and Holden Cooper each had three hits and 3 RBIs. Sam Stewart had two hits and scored four times for the Lions.

Lakeview will travel to Tallulah Falls on Monday.

Johnson snapped a seven-year losing streak to their arch-rivals with a come-from-behind victory Friday at home.

It also snapped a two-game losing streak for the Knights (5-6).

It stayed that way until the Knights struck for two runs in the fifth.

Tristan Nguyen pitched four innings in relief allowing no runs or hits while striking out 10 to get the win. Nolan Lavergne started and went three innings giving up three runs on three and fanning 6.

Johnson next will travel to Rabun County on Monday.

It was the seventh straight loss for West Hall (2-8) which travels to Habersham Central on Saturday for a doubleheader.

The War Eagles rallied from a pair of two-run deficits to take a thrilling extra-innings win at home Friday.

Robbie James drove in Caleb Carter in the bottom of the ninth on a sacrifice fly for the game-winner.

Chestatee (4-5) led 2-0 early with single runs in the first and second. But the Red Elephants (3-6) answered with runs in the third and fourth to tie the game and took a 4-2 lead with a pair of runs in the fifth. The War Eagles trimmed it to 4-3 in the sixth but Gainesville answered with a run in the top of the seventh.

The War Eagles, however, scored twice in the bottom of the seventh with James scoring from third on a double steal when Hunter Fouche got in a rundown between first and second.

Fouche, Carter, and Phillip Lemay each had two hits for Chestatee with Fouche also driving in a pair of runs.

For Gainesville, Zach Valentine and Grady Vardeman led an 8-hit attack with two hits each. Harris Bell, Victor Vega, Eudy Medina, and Dylan Clark each had a hit and Vardeman, Medina and Clark had one RBI apiece.