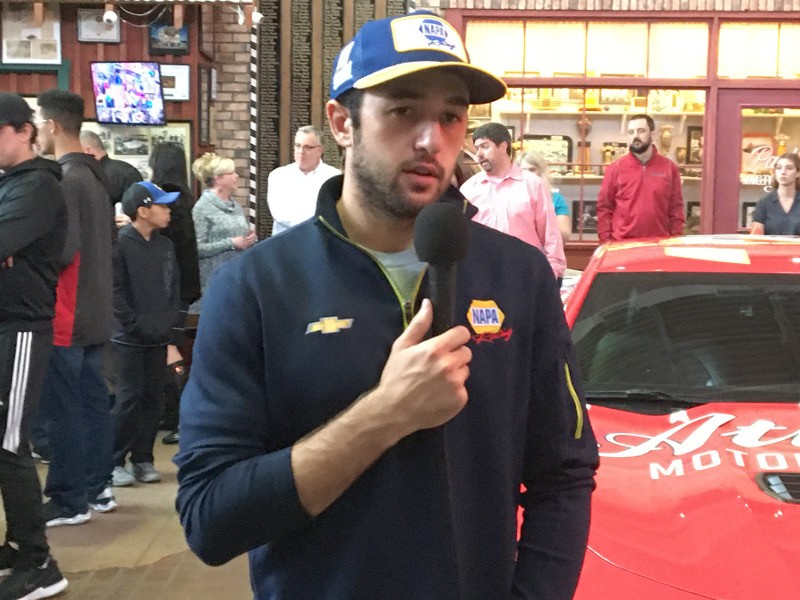 Chase Elliott speaks to members of the media after helping to unveil the 2020 Atlanta Motor Speedway Pace Car on Wednesday at the Georgia Racing Hall of Fame.
Photo: Brandon Reed 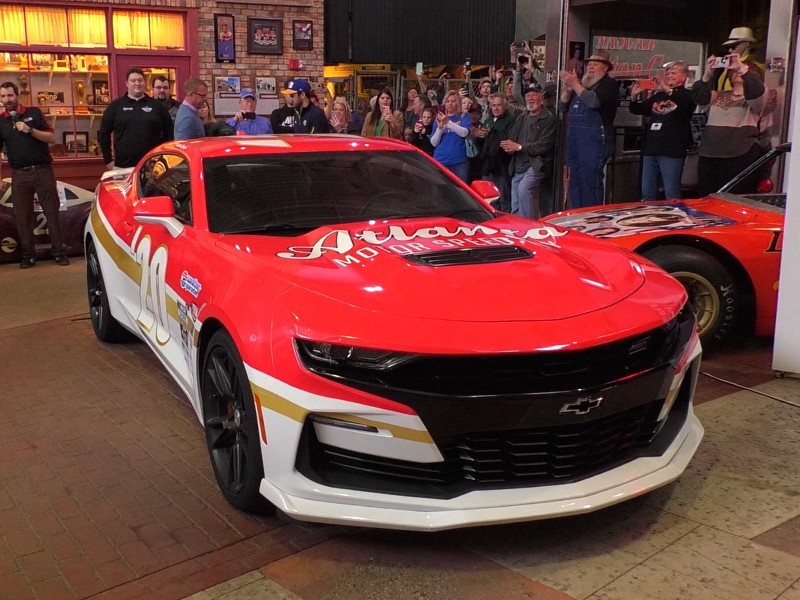 Race fans are a hearty bunch.  Chase Elliott fans even more so.

Throngs of fans poured into the Georgia Racing Hall of Fame in Dawsonville, Georgia Wednesday afternoon to get a glimpse of their hometown hero – some getting there up to five hours early.

Elliott was on hand to help with the unveiling of the Atlanta Motor Speedway Pace Car for the upcoming QuikTrip Folds of Honor 500, where the Peach State speedplant will celebrate its 60th anniversary.

Along with the unveiling, Elliott spent some time signing autographs for his fans, putting his signature on everything from photographs to pieces of his former race cars.

He also took some time to talk to the media about the new Chevy Camaro body for the NASCAR Cup Series, the upcoming West Coast Swing and – of course – the food at the world famous Dawsonville Pool Room.

To see more from Chase Elliott at the Georgia Racing Hall of Fame, click play.