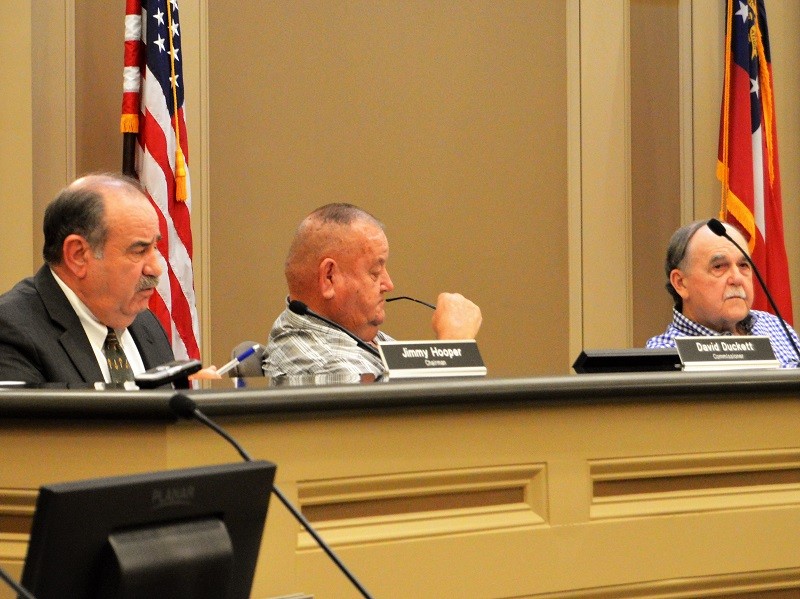 Commission Chairman Jimmy Hooper said social media had taken a lot of issue with the word “sanctuary” over the past week.

Instead, Hooper said the resolution adopted shows the county government is united in its stance that it will uphold the U.S. Constitution.

“Part of the Constitution of the United States of America is the Second Amendment, which assures us and guarantees us the ability to bear arms,” Hooper said. “We’re going to say as a group that we would never do anything that would take away anyone’s rights to the Second Amendment.

“This is an affirmation,” Hooper said. “This is a warm and fuzzy. This is an understanding that we as a county government, we as a whole – individually and collectively – support the Second Amendment.”

Hooper then asked the audience to see how many supported the resolution, with the majority raising their hands.

Hooper made the motion to adopt the resolution, which was seconded by Commissioner Charles Turk and approved 5-0.

The vote drew applause from those in attendance at the meeting.

On Jan. 13, Habersham County became the first in Georgia to become a Second Amendment Sanctuary County.

Since that time, Stephens County, Rabun County, Franklin County and several others have adopted a resolution declaring themselves as a Second Amendment Sanctuary County.