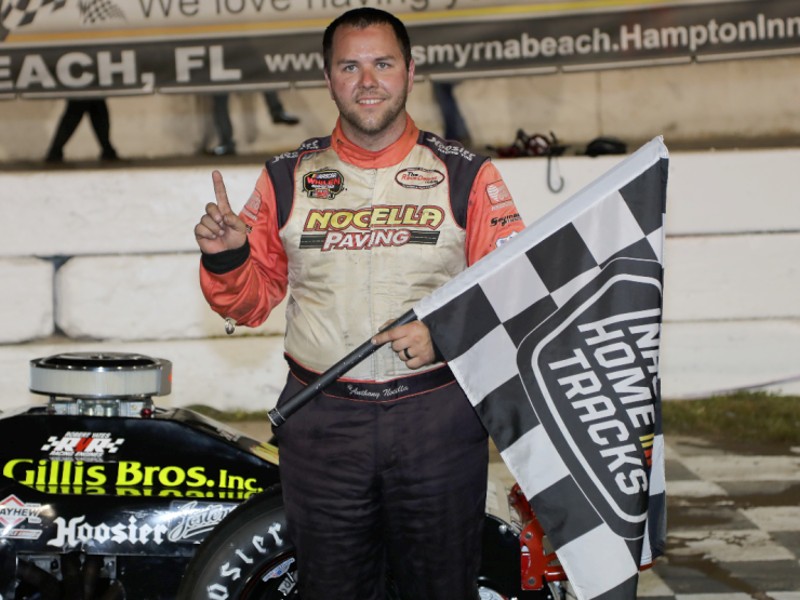 NEW SMYRNA, Fla. - After starting on the front row and taking the lead on lap 3 of Tuesday night’s Tour-Type Modifieds feature at Florida’s New Smyrna Speedway, Anthony Nocella seemed to be on his way to an easy victory in the World Series of Asphalt Stock Car Racing.

That was until Matt Hirschman passed Patrick Emerling for the runner-up spot with seven laps remaining and set his sights on Nocella.

He wound up getting to the Woburn, Massachusetts native, but fell short of clipping his nose for the win. Nocella’s margin of victory was officially 0.032 seconds, the closest finish of the week and his first World Series win.

“I knew we had a pretty good car, but I know that he’s always fast here and I knew he’d be there at the end,” Nocella said. “(Hirschman is) probably one of the best at saving his tires and making a run to the end. He knows this place really well. We had a good starting spot up there on the front row and I just figured if I could keep him behind me I’d have a shot there at the end because I knew he’d be able to save his tires.”