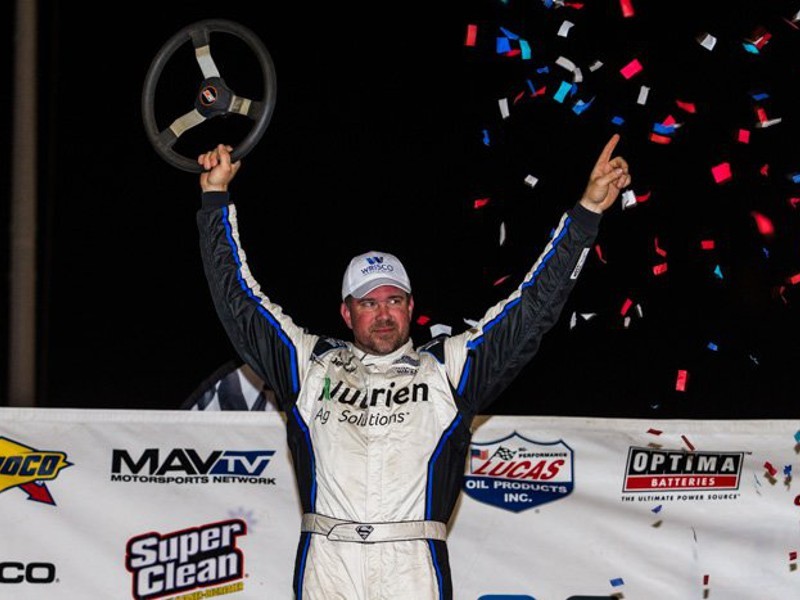 Devin Moran jumped to the early lead ahead of Gregg Satterlee, who was making his first start with the Lucas Oil Late Model Dirt Series this year. Davenport took the lead from Moran on lap 20, and sprinted away to win by over three seconds.

Davenport, the reigning series champion, was relieved to get his first win of 2020.

“You have no idea,” Davenport said. “My team has worked so hard and we have so much bad racing luck, it’s been unbelievable. Thanks to Lance and Darla Landers, I know they are watching back home. Thanks to Steve Martin, from Nutrien Ag Solutions, for supporting us again this year. This was a brand-new car that we never got to test, and then we had to run it at East Bay. We needed this win.”