Brad May dominates for Sunday SLM win at New Smyrna 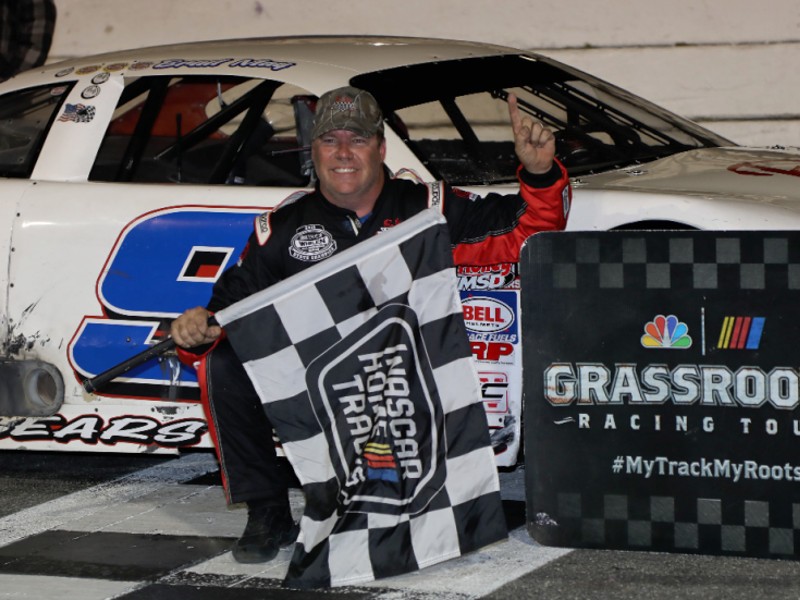 NEW SMYRNA, Fla. — Sunday night belonged to Brad May and Brad May only.

But after clearing Ryan Moore for the lead on the initial start, he didn’t put a foot wrong and led every lap en route to the win.

“I think we’ve had a good enough car to win every night if we would’ve started up towards the front,” May said. “It’s so hard to pass, everybody gets so close, but this Fury race car is on a rail. We haven’t been changing anything because I knew this car was this good.”

With the win, May takes control of the super late model points standings of the World Series from Derek Griffith.

In other action, Travis Eddy won the Florida Modified feature for the third time in three night, while and Gio Scelzi won the Pro Late Model feature. Connor Mosack and Hayden Sprague made contact on the final lap, resulting in Mosack spinning and Sprague being black flagged, handing the win to Scelzi.

The World Series of Asphalt Stock Car Racing continues on Monday night, February 10, as the ARCA East Series opens their 2020 season, along with action from the Tour Type Modifieds.