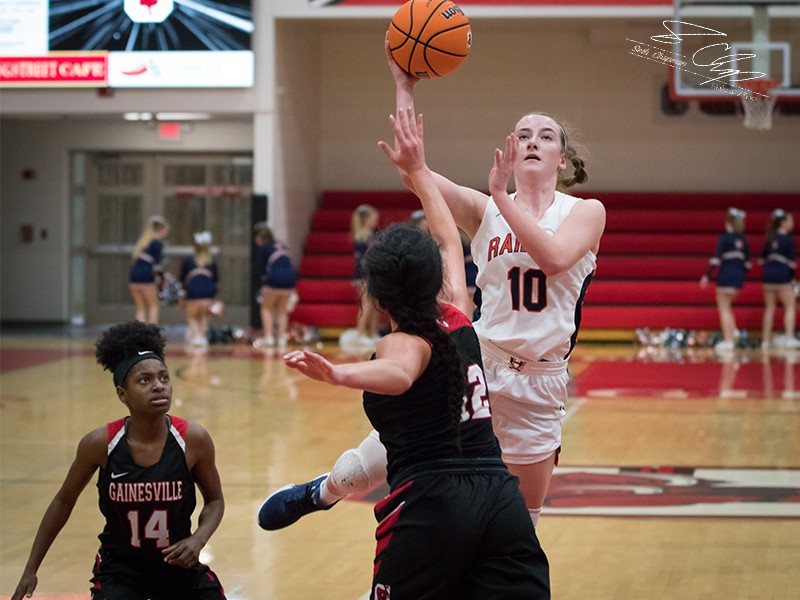 Habersham's Taylor Wade led the Lady Raiders with 16 points in the win over Gainesville on Thursday.
Photo/Seth Chapman 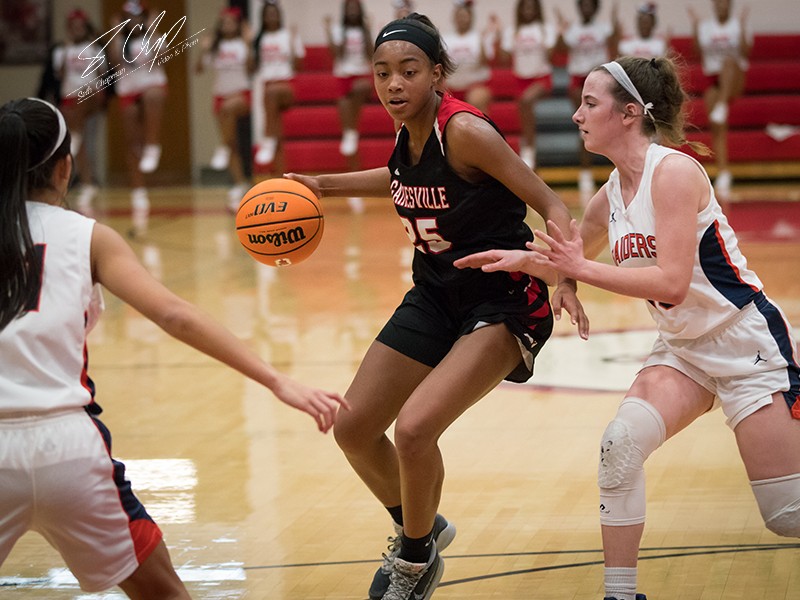 GAINESVILLE — In basketball terms, a "good look" at the basket means a good opportunity to shoot the ball.

The Gainesville girls (8-17 Region 8-6A No. 5 seed) had plenty of good looks, but couldn't convert as they fell to Habersham Central, 47-29, on Thursday in the opening round of the Region 8-6A tournament at Gainesville High Gym.

"I thought we had some really good looks; the ball just didn't go in the hoop," Gainesville coach Alan Griffin said. "We're going to regroup, get better and get back to work."

The loss dashes the hope of a region title and a Class 6A tournament berth for the Lady Red Elephants but propels Habersham Central (13-12, Region 8-6A No. 4 seed) into the semifinals against No. 1 seed Lanier on Friday. The win also assured the Lady Raiders of at least a No. 4 seed in next week's Class 6A tournament.

It wasn't all bad for Gainesville, which ran out to 6-0 lead early in the first quarter thanks to Sadie Roach. Kyah Canty kept the Red Elephants rolling with a bucket late in the quarter to go up 8-3, then nothing but ice.

The Lady Raiders went on an 8-0 spurt, behind Addie Penick, to grab an 11-8 lead by the end of the first quarter and held Gainesville to 3 points in the second quarter. But with all the missed shots, Gainesville was not out of it, only trailing 18-11 at the break.

Roach breathed some life into the Red Elephants with a 3-pointer to start the second half but went the next 2 minutes without a basket, giving way to Penick and Taylor Wade to take advantage. The Lady Raiders pushed the lead to the largest, 26-17, with 3:40 to go.

Camden Tench's basket with 3:04 left gave the Lady Raiders a 28-17 advantage. Lauren Teasley's 3-point basket on the next trip would be the closest Gainesville would get in the second half, 28-20.

"All credit to Coach William Brandley and Habersham," Griffin said. "They are really good at what they do. They are very good at ball control offense and defense and allow their tempo to dictate. They hit some big shots in big situations and once they got a little bit of lead, they were able to use their style to their advantage."

Teasley led Gainesville with 16 points, and Sadie Roach had 7. 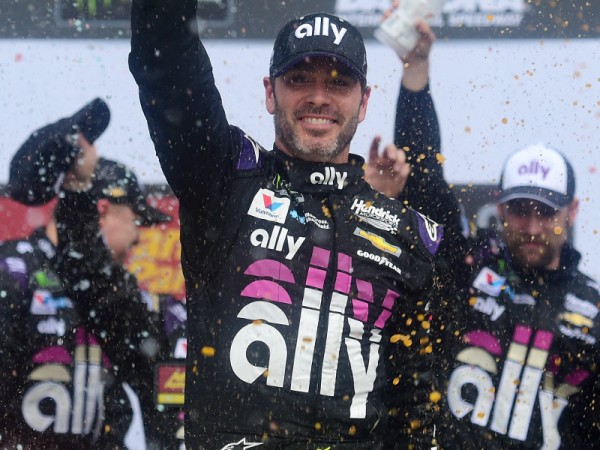 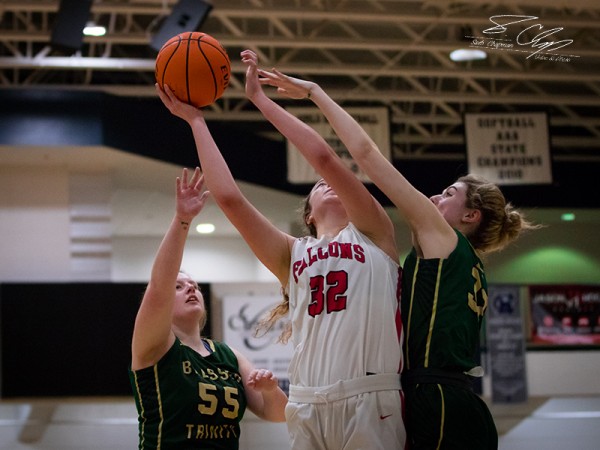 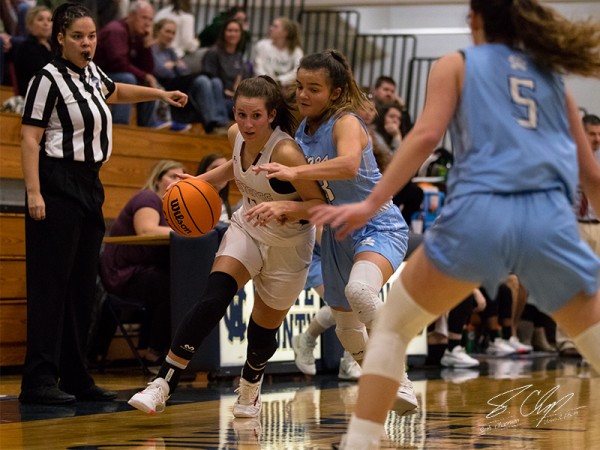 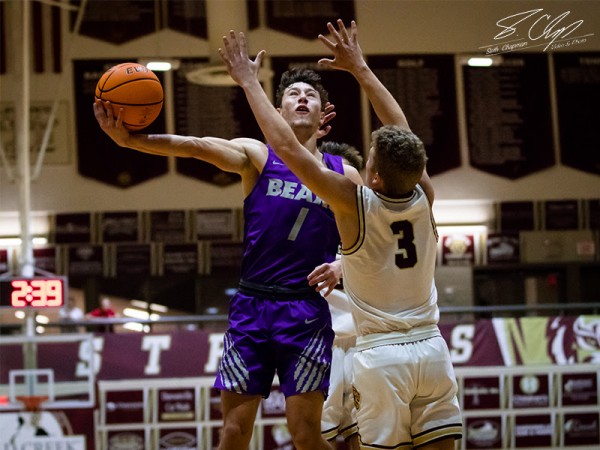 Girls playoff basketball: White County, Buford advance to title games
White County in Region 7-4A and Buford in Region 8-5A both advanced to the title games in their respective regions Thursday in playoff action...
By AccessWDUN Staff 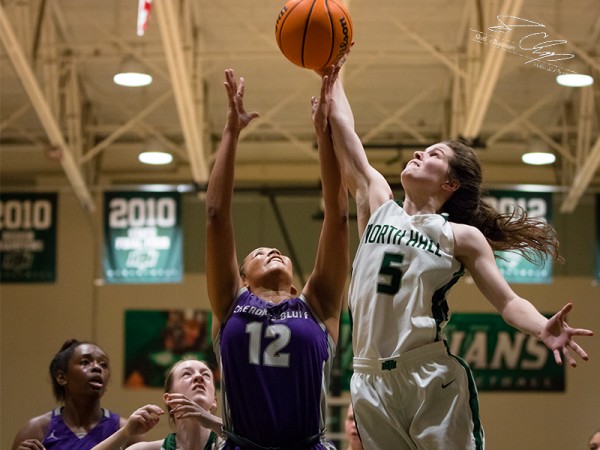 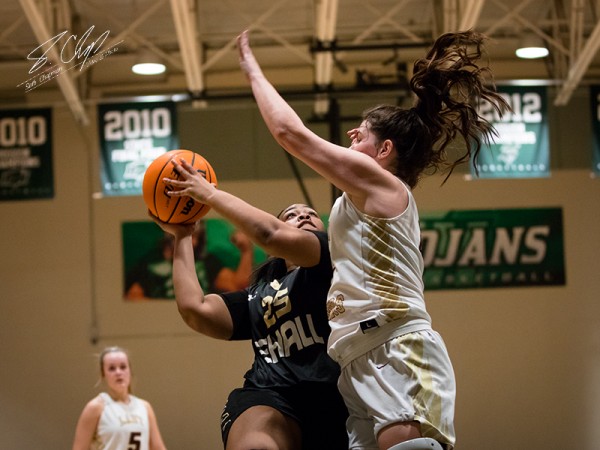 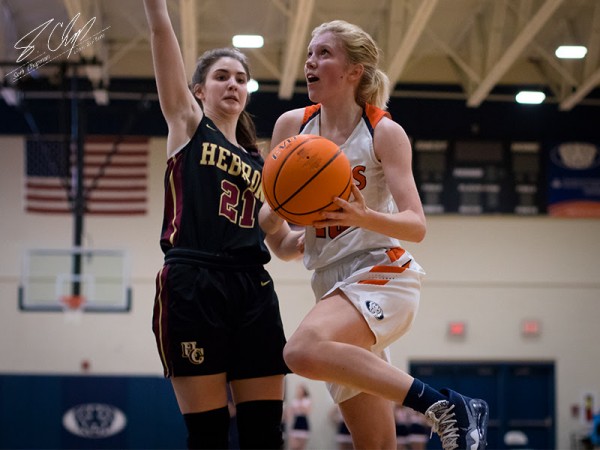 Region 8-A playoffs: Lakeview girls beat Commerce; Towns boys advance
Joelle Snyder and Elise Roark combined for 41 points to lead the Lakeview girls basketball team past Commerce, 79-50, in the second round of the Region 8-A tournament on Tuesday at Commerce High School.
By AccessWDUN Staff