Two killed in Saturday crash, explosion on I-85 in Gwinnett 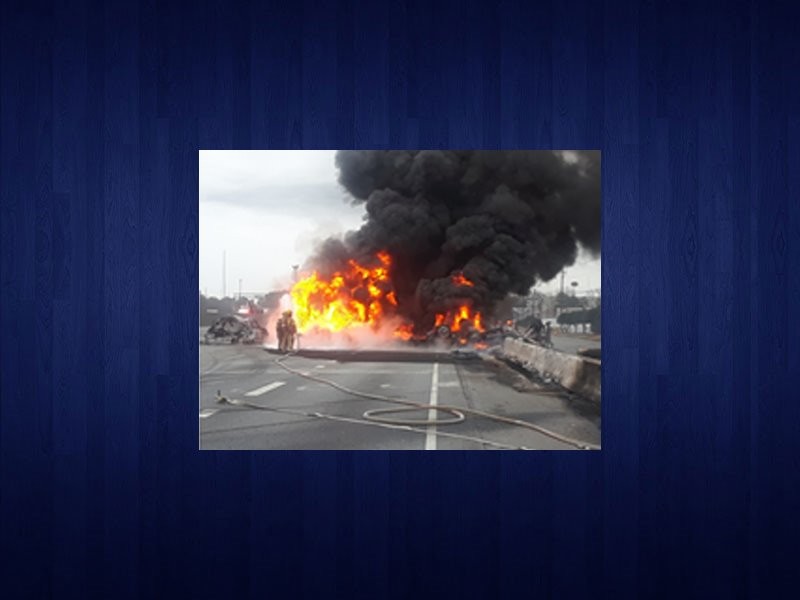 Two people were killed and I-85 in southern Gwinnett County was completely shut down for much of Saturday after a morning crash caused an explosion.

The crash reportedly happened shortly before 8:00 on the northbound side of the interstate near Jimmy Carter Boulevard according to a release from the Gwinnett County Police Department. It involved a tanker truck and a passenger car.

The Volkswagen Passat, driven by 31-year-old Emerald Lynn of Norcross, had already been involved in a seperate accident and was stopped in a right-hand lane. The truck, being driven by 44-year-old Yonas Worku of Snellville, was unable to stop or avoid Lynn's car and hit it, sending both vehicles spinning across the road.

The tanker overturned and an explosion occurred, engulfing both vehicles in flames. Worku and Lynn both died at the scene.

The flammable liquid from the truck then spilled into a storm drain, spreading the fire underground to another drain near Crescent Drive. The truck was reportedly carrying more than 8,000 gallons of gasoline and diesel fuel.

As fire officials worked to contain the blaze, all lanes of I-85 north and southbound were shut down for much of the day. The interstate was not fully re-opened until after 5:00 p.m. Crescent Drive and Dawson Boulevard were also shut down for extended periods.

The fire's intensity forced the Georgia Department of Transportation to repave a 100-foot by 70-foot portion of the interstate, adding to the delayed re-opening of the northbound lanes.

The names of the two victims of the crash have not been released and officials are still investigating the incident.