What if dinos still roamed the Earth? 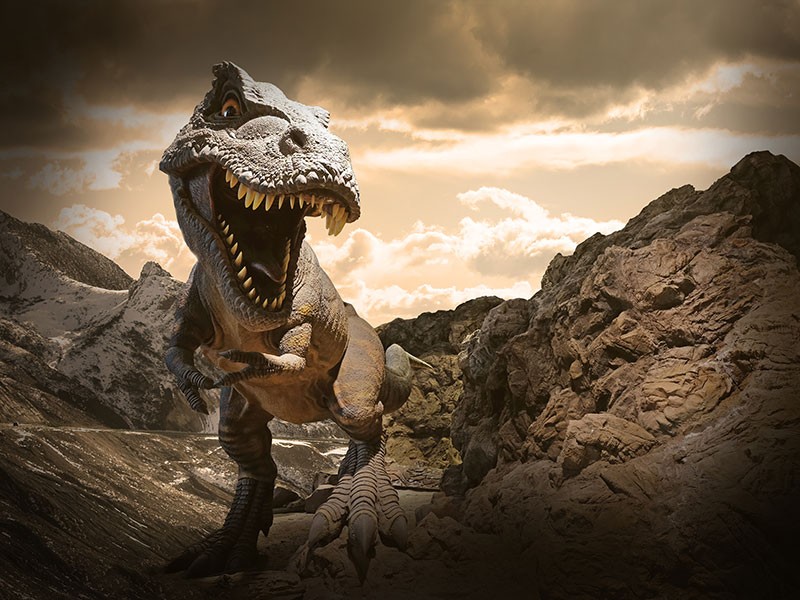 I know we're all worried to death about the coronavirus and whether there will be a vaccine before we go completely nuts being shut up in our homes and about the election that should have ended a month ago but is still being contested.

But I'm here today to tell you about something that would be even bigger than these stories, if not for an asteroid that hit the Earth millions of years ago.

According to research from the University of Bath in the United Kingdom, dinosaurs – yes, dinosaurs – were thriving and would have continued to dominate Planet Earth if they had not been wiped out the asteroid.

The researchers said dinosaurs emerged during the Triassic period, which was actually 22 million or so years before the Jurassic period made famous by all those dino-movies, and they occupied every continent on the planet and survived in every type of climate. Then the asteroid hit some 66 million years ago and wiped them out.

The mere fact that, without the asteroid, dinosaurs could still survive today is pretty scary. I mean, I can wear a mask, stay home and social distance when I go out to avoid the coronavirus. But how I'm supposed to protect myself from a velociraptor who appears out of nowhere when I'm just taking out the trash?

As a kid, I loved dinosaurs and I think a lot of little boys do, too. I remember there was a Sinclair gas station up the block from my grandfather's laundry in Cordele. I remember it primarily because a dinosaur was part of the Sinclair logo, and I always loved getting to see that sign. (Hey, I was easily entertained as a kid. Sue me.)

My grandfather and I used to walk up to the Sinclair station for a Coca-Cola and a pack of cheese crackers. My grandfather knew the man who owned the station, and once, I remember the man gave me a toy dinosaur that Sinclair was giving away to customers, which was nice of him because I technically wasn't a customer because I was a kid.

Anyway, as I got older, I continued my fascination with dinosaurs. During a trip to New York City in college, I snuck away from my group to go to the American Museum of Natural History, which has the world's largest collection of dinosaur fossils.

Even when "Jurassic Park" came out, I was intrigued, but not really scared, by the dinosaurs because I knew it wasn't real, and even if scientists could create a dinosaur from mosquito DNA, I figured they'd have the good sense, like the people in the movie, to keep the dinosaurs on an island instead of letting them roam around the countyS where the biggest thing I might hit with my car is a deer.

The researchers at the University of Bath insist that more up-to-date and detailed family trees show that dinosaurs on every continent were in fact flourishing. So they are convinced that dinosaurs would have continued to thrive for years, maybe millions of years, had that pesky asteroid not hit.

But what they can't say with any certainty is whether dinosaurs would still be around or whether some other calamity, or just natural selection, would have caused them to become extinct.

I'm not ready to become a dinosaur's dinner.