Milly takes over the column 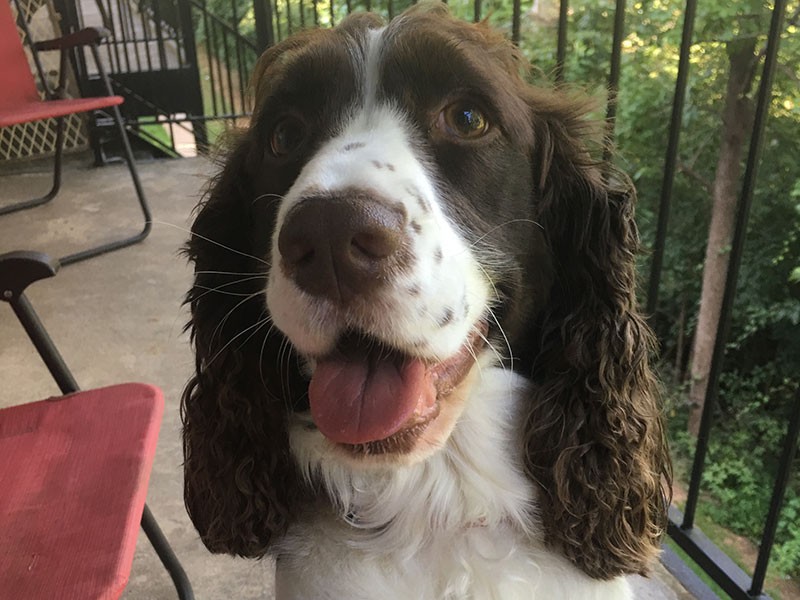 Hey, y'all. It's Milly the springer spaniel. I'm filling in this week for the Bald Guy who lives at my house. He said he was taking the week off, and I didn't really want y'all to miss out on a column, so I told him I'd take over.

Plus, this is a good opportunity to defend myself. I know he writes about me a lot in this space, and I'm not completely convinced it's all truthful. I suspect the Bald Guy likes to embellish a little to make me look bad. which I'm not.

For instance, he's always writing about how destructive I am, about how I chew up my toys and leave stuffing all over the house that he has to vacuum up. OK, fair point. But it's my toy, isn't it? I ought to be able to destroy it if that's what I want to do.

It's not like I'm chewing up his new loafers. I see them in the Bald Guy's closet every day and I never touch them. I feel like I ought to get credit for that.

Anyway, I'm getting even with him for all the grief I get about the chewed-up toys. A few weeks ago, one of the Bald Guy's friends gave me a stuffed squirrel toy.

"That's sweet," he told her. "But I give it about 48 hours before that squirrel is chewed into a hundred pieces and scattered all over the house."

They got a big laugh out of that. But I didn't think it was so danged funny. And that's when I came up with my idea.

It's particularly funny when the house is quiet, and the Bald Guy is trying to read a book.

I also like to do it in the bed, about 20 minutes before the Bald Guy's alarm goes off. Yes, I'm a genius.

The truth is, I really like this squirrel toy, even though I can't stand the real ones, the nasty little rodents that they are. And as you know, I don't like geese, either. But, come on, who does? Sure, they're pretty to look at when they fly overhead. But they're disgusting on the ground.

When we go a park on Lake Lanier, I'm always pulling on the leash to get to them. "If you'll just let me off this leash for one minute,” I told the Bald Guy, “I'll get rid of those pesky varmints once and for all.”

He tells the story about letting me off the leash once. Turns out there were some geese down by the lake, and I decided to chase them. But they turned the tables and started chasing me.

Well, the way the Bald Guy tells it, I ran all the way back to the car and was honking the horn for him to take me home. But that’s just wrong. I simply made a clever, tactical retreat.

And one last thing before I go, no, I'm not touching the vacuum cleaner, even though he reminds me it's my hair he's vacuuming up, not his.

But I just think the Bald Guy is jealous.