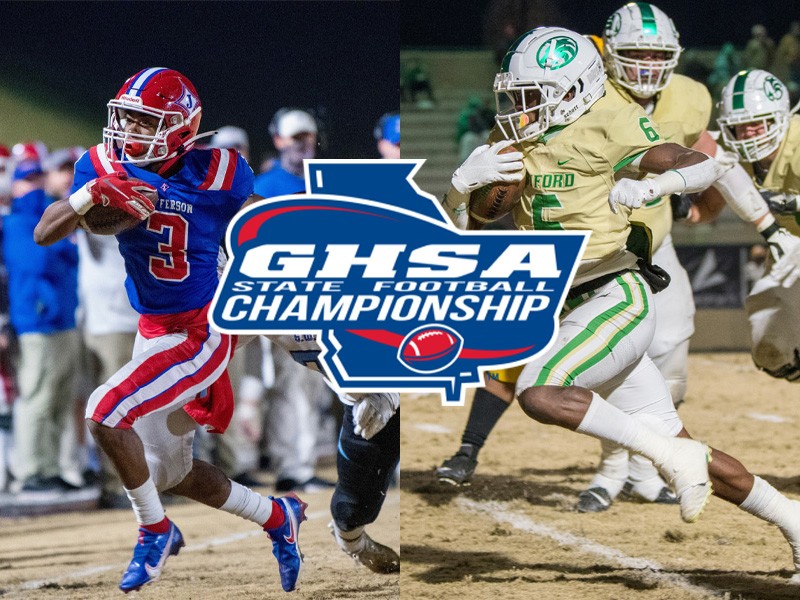 A pair of northeast Georgia teams from our AccessWDUN coverage area will play for state titles on Tuesday in the Georgia High School Association football finals.

Buford in Class 6A and Jefferson in Class 4A both survived the semifinal round in their respective classifications. Now both will see if they can bring home the ultimate hardware.

And once again, Jacobs Media will provide coverage for both Buford and Jefferson on our radio stations and live streaming. Both games will be held on Tuesday at Georgia State Stadium.

Jefferson (14-0) will take on Marist (12-0) in the Class 4A final. The Dragons are into their first championship game since winning the Class 2A title in 2012. The War Eagles (12-0) are into the finals for the second time in four years but are looking for their first state title since capturing the Class 4A crown in 2006. You can catch the action on FM 102.9 WDUN (Click to listen live) beginning at 3 p.m. with the pregame. Kickoff is slated for 3:30 p.m.

And as soon as that game is complete, Buford will take on Lee County. You can hear the game live on WDUN AM 550 (Click to listen live) beginning at 6:30 p.m. with the pregame. Kickoff is set for 7 p.m.

Buford is looking for its second consecutive state title after winning the Class 5A crown over Warner Robins in 2019. The Wolves (12-1) will take on south Georgia powerhouse Lee County (12-1). The two teams have been ranked Nos. 1 and 2 most of the season with a pair of punishing defenses and bruising ground games.

Friday Game Night will keep you in tune with all of these contests on Tuesday. Be sure to check in with us throughout the night and keep up with live scoring on Twitter: @FridayGameNight.