2nd round previews: Area teams try to buck trends in 2nd round

Only eight teams from the northeast Georgia area managed to navigate into the second round of the Georgia High School Association playoffs last week.

But what the area lacks in quantity it more than makes up for in the quality of the teams left. Five are region champs -- Buford, Jefferson, Cherokee Bluff, Rabun County, Commerce -- and will be playing at home on Friday. Five are ranked in the top 10 in their respective classifications, and the other three are near the top of their classifications in several statistical categories.

Road wins are hard to come by so Flowery Branch, Dawson County, and North Hall will have their hands full. But as history has proven over the years, one-third of region champs are knocked out in the second round.

No one is safe.

HIGH SCHOOL FOOTBALL SCHEDULE FOR Dec. 4
(Games listed by highest classification and  alphabetical order of visiting team)
CLASS 6A
CAMBRIDGE at BUFORD
-- WHEN: 7:30 p.m.
-- WHERE: Tom Riden Stadium, Buford
-- CAMBRIDGE (R7, S3) (6-5): Defeated Kell 36-14 in the first round
-- BUFORD (R8, S1) (9-1): Defeated Douglas County 48-0 in the first round
-- NOTABLE: First-ever meeting between the two programs. ... There could not be a more stark difference in programs than this matchup. The Cambridge program began in 2012 and got its first-ever playoff win last week. The Wolves, meanwhile, are into the playoffs for a 22nd straight year and are 35-4 in the playoffs since 2012 with four state titles. ... After a 2-4 start, the Bears have won 4 of their last 5 games, including last week. They have increased their offensive output from 23.3 ppg to 28.4 ppg and given up a touchdown less on defense from 24.6 ppg down to 18.2 ppg during their five-game run. ... Buford, however, offers a challenge they haven’t seen. The top-ranked Wolves are 2nd in scoring (40.5 ppg) and have the stingiest defense in 6A allowing just 5.8 ppg on the season. ... Cambridge is 1-6 all-time against ranked opponents. Buford has won 20 straight 2nd round games. The Wolves’ last loss in the 2nd round came in 1999, 28-0 to Washington-Wilkes.

HAPEVILLE CHARTER at JEFFERSON
-- WHEN: 7:30
-- WHERE: Memorial Stadium, Jefferson
-- HAPEVILLE CHARTER (R6, S2) (5-3): Ranked No. 9 in Class 4A; defeated Heritage-Catoosa 6-0 in the first round
-- JEFFERSON (R8, S1) (9-0): Ranked No. 2 in Class 4A; defeated Mt. Zion-Jonesboro 65-0 in the first round
-- NOTABLE: First-ever meeting between the two programs. ... Jefferson has been rolling all season behind Malaki Starks, Kolton Jones, and the rest of a punishing ground game that is averaging 330 yards/game. But the defense has turned it up a notch as well with three shutouts in their last four games and giving up just 12 points (3.0 ppg) in that span. The Dragons lead 4A in scoring (423, 47.0 ppg) and are 4th in defense (69, 7,6 ppg) ... Hapeville is into the 2nd round for a fifth straight season but has scored fewer points (123, 15.3 ppg) than they have allowed (131, 16.3 ppg) on the season. ... Jefferson is looking for its 4th quarterfinals in 5 seasons. The Dragons are 5-1 in their last six games against ranked teams, including 2-0 this season (Rabun County, Flowery Branch). ... The Hornets have been ranked most of the season and are no stranger to success having won the 2017 Class 2A state title. They also have had success against ranked teams over the years. They are 4-3-1 in their last 8 games vs. ranked teams. However, the Hornets are 0-3 in their last three true road games. ... Jefferson has won 11 straight at Memorial Stadium and is 7-1 in its last 8 home playoff games going back to the 2015 season.

CLASS 3A
CARVER-ATLANTA at CHEROKEE BLUFF
-- WHEN: 7:30 p.m.
-- WHERE: Yonah Field, Flowery Branch
-- RADIO: 102.9 FM WDUN
-- CARVER-ATLANTA (R5, S2) (5-4): Defeated Hart County 32-21 in the first round
-- CHEROKEE BLUFF (R7, S1) (10-1): Region 7-3A champs; defeated LaFayette 35-7 in the first round
-- NOTABLE: First-ever meeting between the two programs. ... The Panthers have played a brutal schedule as four of their nine opponents were ranked in the top 10 at some point. Bluff is not currently ranked but was for a good part of the season. Carver went 1-3 in those four previous games. ... The teams are similar in that they like to run the ball first but can throw it as well. The Panthers are averaging 275 yards/game on the ground and over 400 yards of offense. The Bears are averaging 191 yards on the ground and 300 yards of offense a game but in several games the regulars did not play in the second half with running clocks. ... Sr. Bluff RB Jayquan Smith (952 yards) is closing in on 1,000 yards and is averaging 7.6 ypc. ... The Panthers are 0-6 in their last six true roads games. Their last road win came against Decatur (20-14) to close the 2018 regular season. Carver also is averaging just 21.1 ppg while the Bears have been one of the classification's best defensive teams (139, 12.6 ppg). The Bluff offense is averaging 35.8 ppg while the Carver defense is surrendering 25.6 ppg and has allowed 27 or more five times.

DAWSON COUNTY at OCONEE COUNTY
-- WHEN: 7:30 p.m.
-- WHERE: Warriors Stadium, Watkinsville
-- RADIO: northgeorgiasportslink.com
-- DAWSON COUNTY (R7, S3) (6-5): Defeated Adairsville 45-31 in the first round
-- OCONEE COUNTY (R8, S1) (9-0): Defeated Westminster 21-7 in the first round
-- NOTABLE: First-ever meeting between the two programs. ... The Tigers will have one of the toughest roads the rest of the way, beginning with the Warriors, who were the 2019 Class 4A state runners-up. It was the Tigers’ fourth straight opening round win. Now they will try to get into the quarterfinals for just the second time in program history and the first time since 2015. ... It should be another of those classic matchups. Dawson is 4th in offense in 3A (411, 37.3 ppg) while the Warriors are 4th in 3A in defense allowing just 78 points (8.6 ppg) and whichever unit wins that battle could set the tone. The Tigers have scored 35 or more 8 times behind 3A’s top passer in Zach Holtzclaw has thrown for 2,760 yards and 27 touchdowns, and three receivers (Dakohta Sonnichsen, Jaden Gibson, Tyler Lane) each have at least 650 yards receiving with 21 combined TDs. . ... However, Oconee is just 17th in offense (266, 29.5 ppg) and the Tigers defense may hold the key. After surrendering 43.6 ppg in its first three games, the Dawson defense has given up just 21.5 ppg since.

Road wins hard to come by in the playoffs
Winning in the playoffs is hard enough. Try doing it on the road. The 2020 Georgia High School Association football playoffs are bearing that out once again... 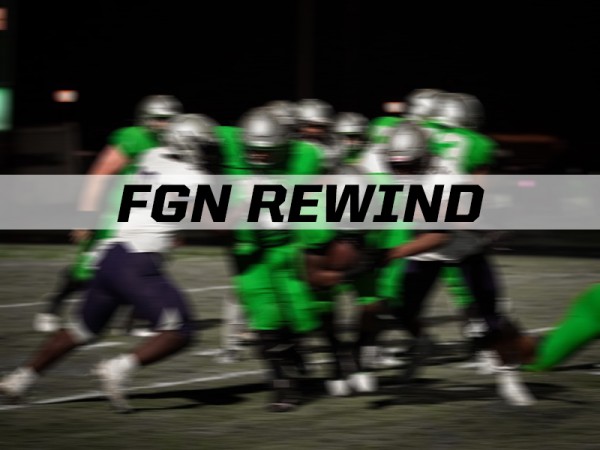 Girls basketball: Lady Vikings, GHS, Chestatee, Bluff all win
The East Hall girls ran their record to 3-1 on the young season with a 72-46 win over Jackson County on the road Tuesday night...
High School Sports

Tigers rout Manchester to move into Sweet 16
Commerce made sure quickly it would not be anyone’s upset victim Friday night in the opening round of the Class A Public playoffs...

Rome holds off Raiders in 6A playoffs
Rome turned the tables on Habersham Central Friday night in the two teams’ Class 6A first round playoff game...

Dawson County rallies to beat Adairsville
Dawson County outscored Adairsville 24-7 in the second half en route to a 45-31 win in the first round of the Class 3A playoffs on Friday.
Friday Game Night

Supreme 2nd round matchups will dominate Jacobs Media airwaves
With the first round of the Georgia High School Association playoffs complete, eight teams in our northeast Georgia overage area advanced to the second round and are still alive in their quests for state titles. Jacobs Media will provide action for nearly half of them with our three radio stations and live streaming...
By Jeff Hart

5 Things: What we learned from the first round of the high school football playoffs
Overall, eight of the 14 teams in Northeast Georgia to make the playoffs advanced to the second round over the weekend.
By Caleb Hutchins
Privacy | User Agreement | Contact | Advertise With Us
2022 © Jacobs Media Corporation. All rights reserved. EEO Report. Website by Full Media
Login / My Access
close
Search