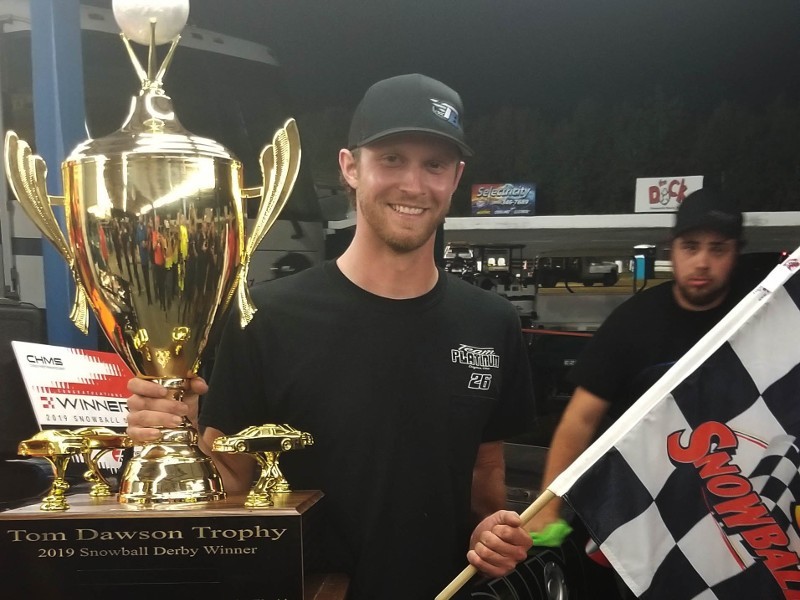 On Sunday, the top asphalt Super Late Model racers in the country will all be in pursuit of one of the most coveted trophies in short track stock car racing.

Five Flags Speedway in Pensacola, Florida will host the 53rd annual Snowball Derby, with the Tom Dawson Trophy and a page in racing history on the line.

A pair of NASCAR Cup Series champions tops the entry list for Sunday’s 300-lap feature at the high banked half-mile speedway. Dawsonville, Georgia’s Chase Elliott, fresh off of winning the 2020 NCS title, will be looking for his third career Snowball Derby, having won in 2011 and again in 2015.

Joining Elliott in looking for a third win is two-time NCS champion Kyle Busch, who scored Snowball victories in 2009 and 2017.

As of November 27, 54 drivers in total had entered the event. Among those is perennial favorite Bubba Pollard of Senoia, Georgia. Pollard has scored wins all over the country, but the Snowball Derby has eluded him so far. He comes to Pensacola fresh off a win in the Florida Governor’s Cup at New Smyrna Speedway.

Also looking to contend for the win will be Stephen Nasse, who was flagged the winner in the 2019 race only to see the victory stripped away after failing in post-race tech. That moved Travis Braden to the win, one that he hopes to back up with a second straight victory on Sunday.

On Saturday, the Pro Late Model pilots will take center stage for the 100-lap Snowflake 100. As of November 27, 40 entries had been filed for the event, including Pollard, Kyle Plott, Thorn, and Nasse, who will be pulling double duty.

In all, six feature races will be contested over the race week. Wednesday marks the opening day, with rig parking and the draw for qualifying order. Thursday will see racing for the Pro Trucks, Sportsmen and Pure Stock divisions, along with practice for the Pro and Super Late Models.

That all leads up to the 53rd annual Snowball Derby on Sunday, with the green flag scheduled to fall at 2 pm CST.