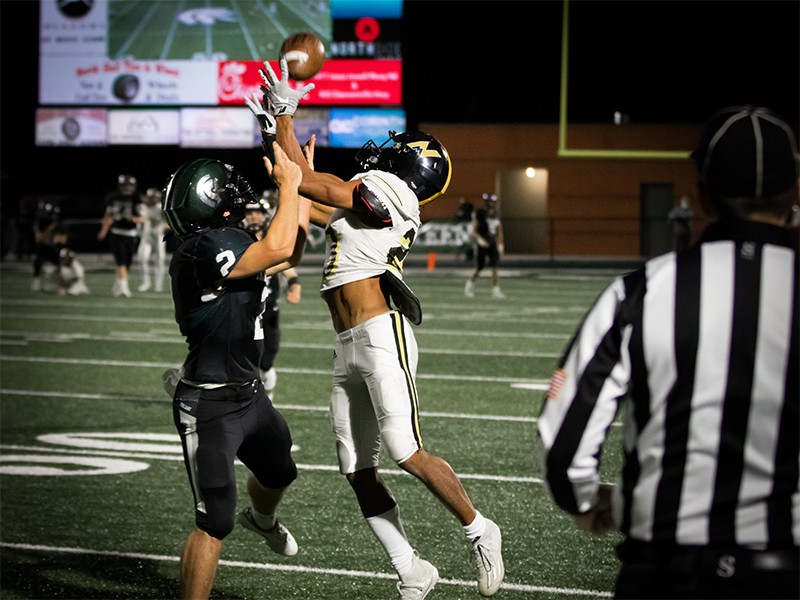 North Hall's Bradford Puryear goes up to make a play on defense in the Trojans' 36-28 win over North Murray in the first round of the Class 3A playoffs.
Photo/Seth Chapman 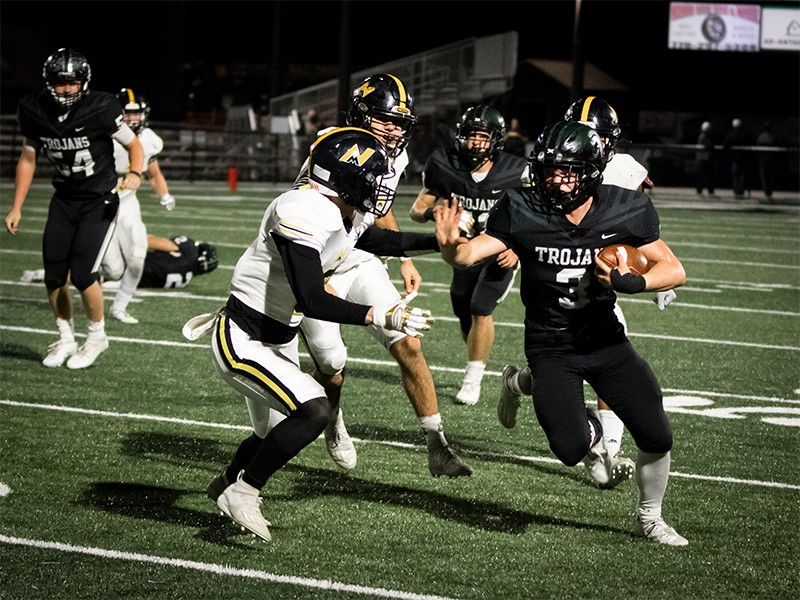 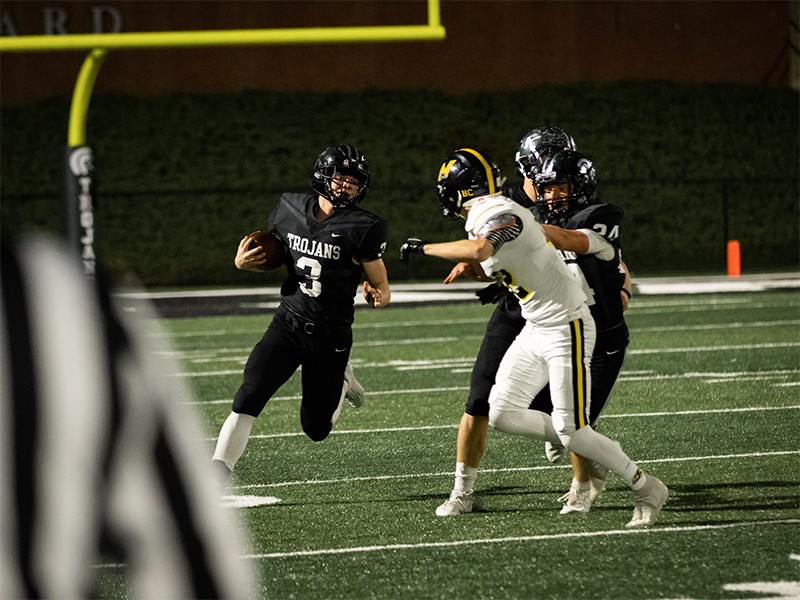 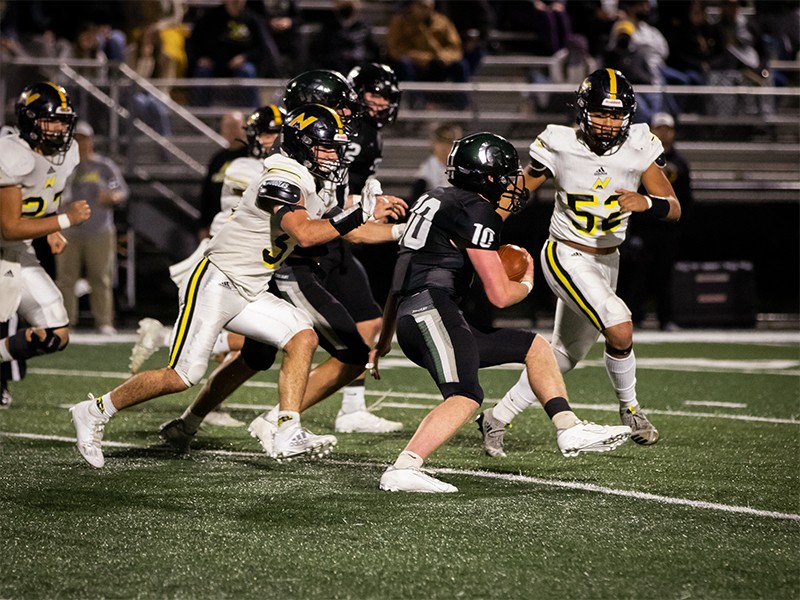 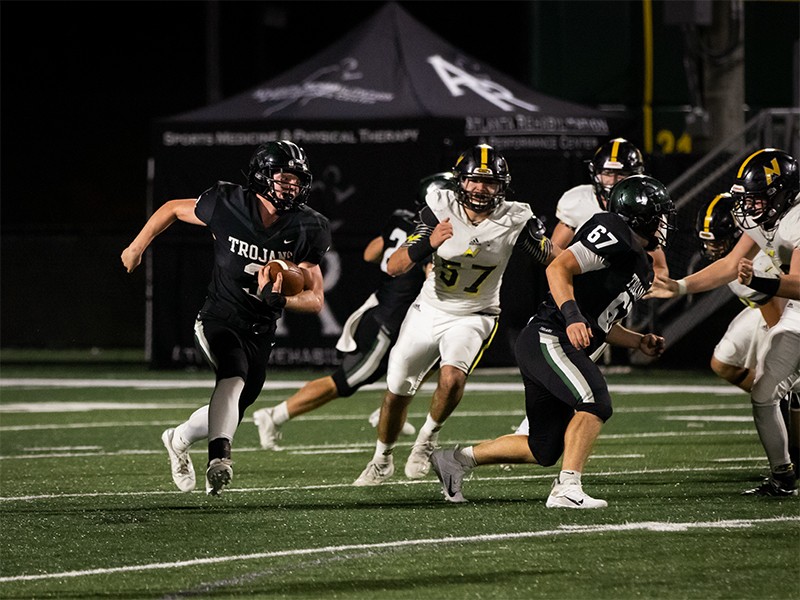 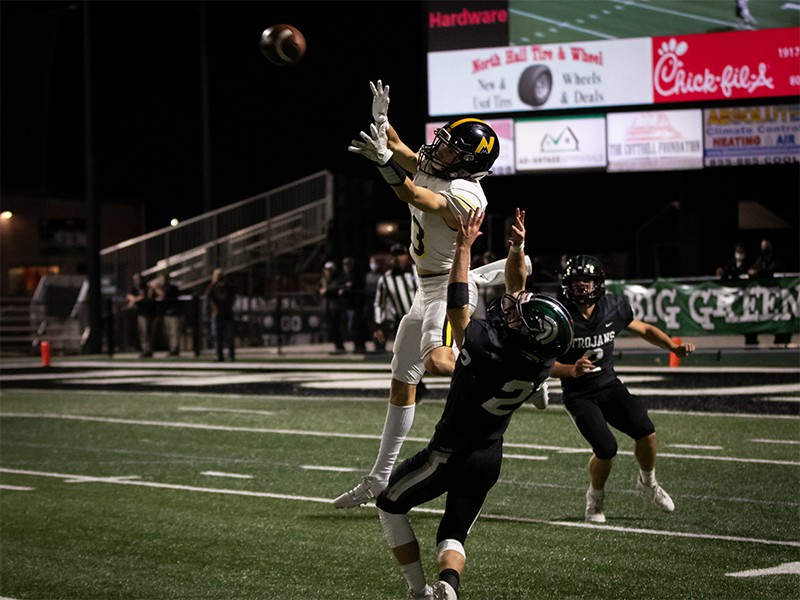 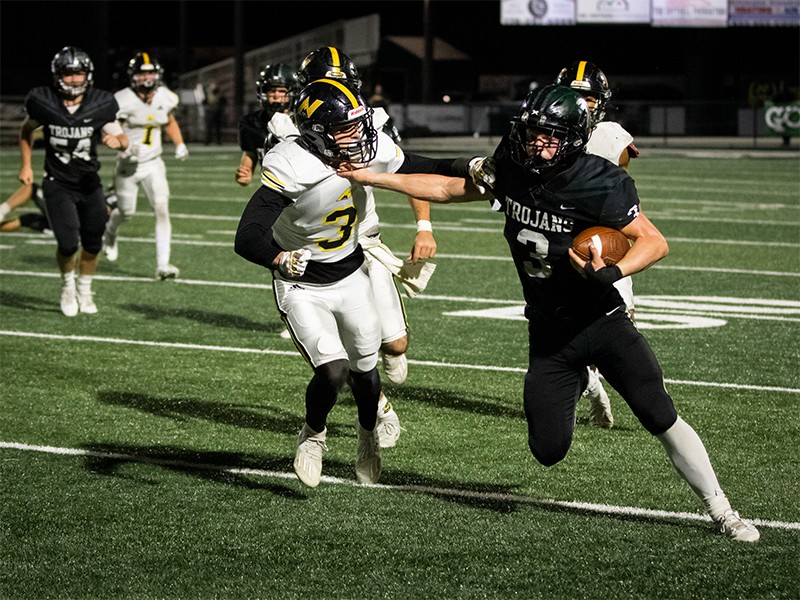 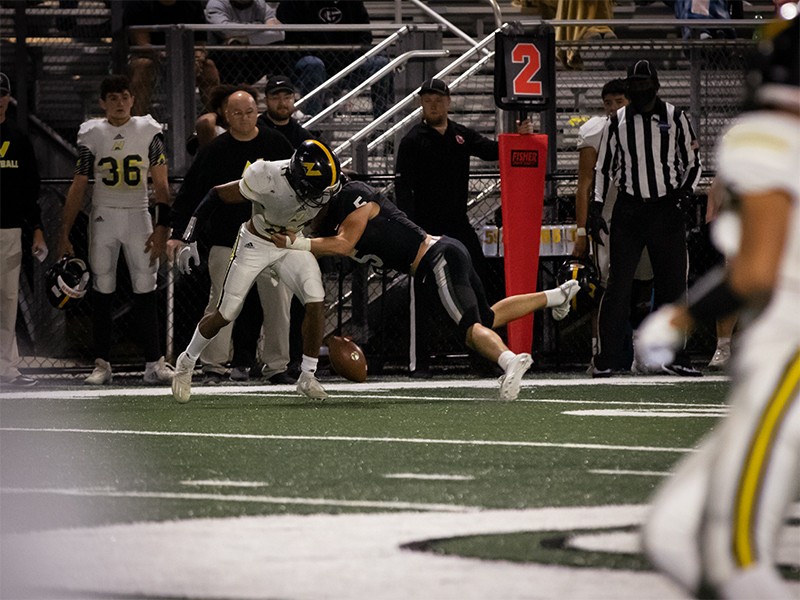 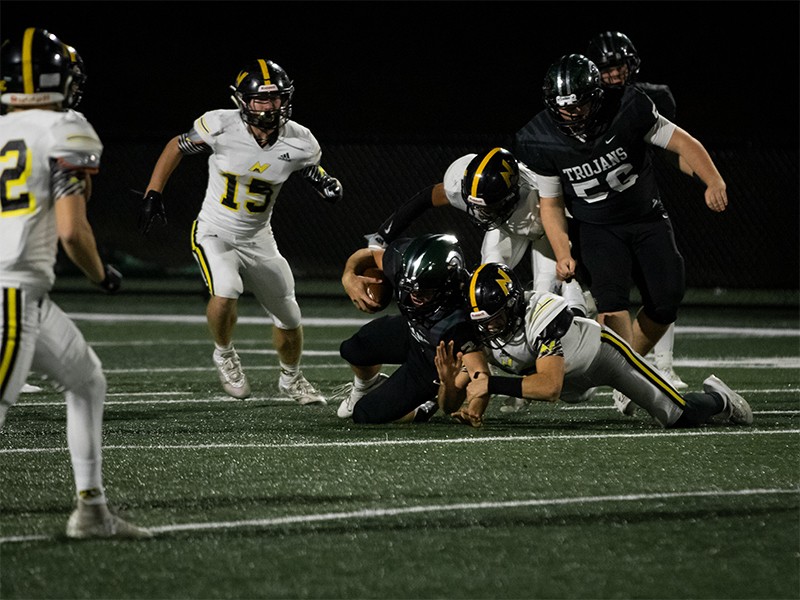 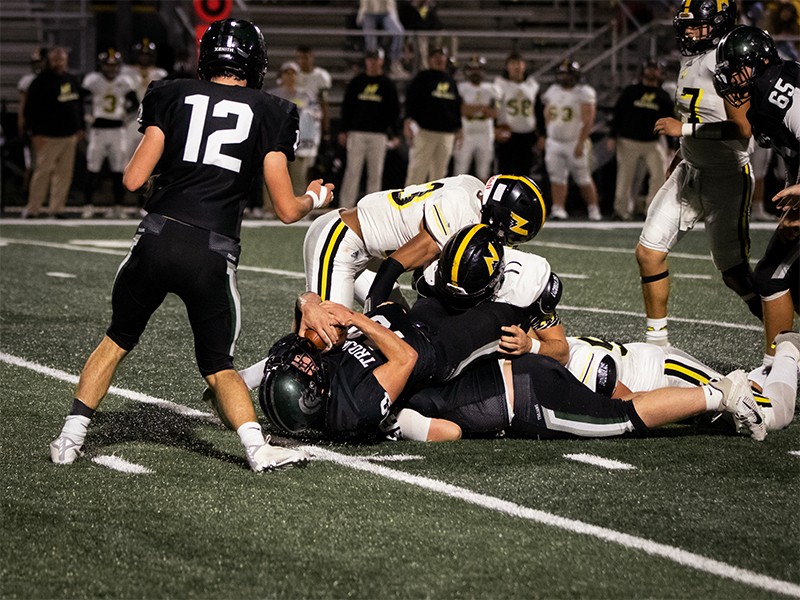 GAINESVILLE – North Hall coach David Bishop was emotional after his team’s 36-28 win over North Murray in the first round of the Class 3A playoffs at Lynn Cottrell Stadium on Friday.

“I don’t know if I could be any prouder of this group of guys,” he said. "As I said, nobody expected a lot out of these guys. Before our season ended last year, people were talking about how we weren’t going to be very good this year. That’s why our motto was no retreat. We’re not going to back up, not going to stop and keep moving forward, and that’s what we’ve done all season long.”

After starting the season 0-3, the Trojans have won the last 7 of 8 games and extended their home playoff game streak to 12.

“It’s big,” Bishop said about the win. “You start the year 0-3 and most teams are just going to fold up the tents. It just a credit to our kids for the discipline and desire they have to win. Credit to our coaches for just doing what they needed to do to put us in a position to where we are now.”

Of course, it was just another day at the office for Clark Howell. The senior running back rushed for 233 yards and two touchdowns – a 25-yard and 51-yard run in the first quarter. Needless to say, he was unstoppable.

“There’s a lot of emotion, joy and happiness,” Rochester said. “Our line did an amazing job tonight. Every yard we had we owe them, and Clark did amazing tonight -- had so many great runs and Bradford [Puryear] had some good runs. Just a lot of joy and excitement tonight.”

Rochester’s first touchdown, in the second quarter, was on the first play after Will Jackson landed on a North Murray (6-4 Region 6-3A No. 3 seed) fumble. Cade Petty misjudged Puryear’s punt, bounced off his hand and into the cradle of Jackson. A play later, Rochester broke loose for a 15-yard run into the endzone to push the Trojans ahead 21-0.

It was the second score set up by the Trojans’ special teams units. The first was what appeared to be an onside kick on the opening kickoff, but as Bishop said after the game, it was not a designed onside kick, it just happened.

“The original kickoff was not designed to actually hit the guy and bounce off, it just happened,” he said. “We made the play there. Then on the punt, they fumbled it and we made the play and were able to score. Jumping out 21-0 was definitely momentum for us and probably slowed them down some, too.”

North Hall’s defense was just as impressive, at times, holding the Mountaineers on 3 of 4 fourth-down attempts, 57 rushing yards, including an interception by Clay Stover to seal the win for the Trojans in the fourth quarter.

“Our defense played great tonight,” Rochester said. “A lot of great plays by so many people.”

The Mountaineers didn’t score until the one-minute mark in the second quarter when quarterback Seth Griffin hit D’Ante Tidwell on a 6-yard pass. They added another early in the third quarter when Shawn Meyers scooped up a Trojan fumble and carried 37 yards for the touchdown.

But Austin Atha answered later in the quarter, after the Trojan defense held the Mountaineers on fourth down, on a two-yard scoring run. The Trojans converted the two-point to go ahead 29-14.

The Mountaineers mounted a nine-play ensuing drive that was capped by a 3-yard pass from Griffin to Petty, but the 2-point try was unsuccessful, leaving the Trojans ahead by two scores with 11:54 to go in the fourth.

Rochester added the Trojans' final score on a one-yard with 8:16 to go in the game.

North Hall will travel to Region 5-3A No. 1 seed Greater Atlanta Christian on Friday. Game time is set for 7:30 p.m.