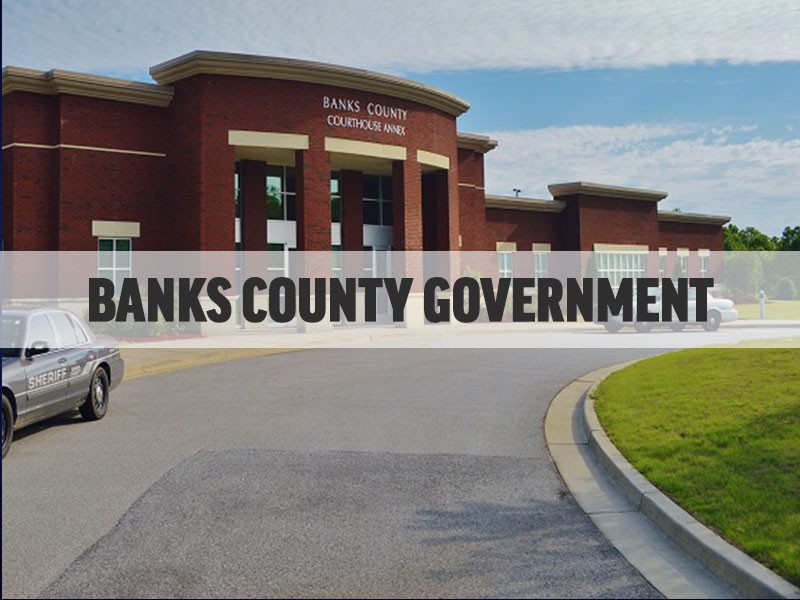 The first application was from NG Banks County 704 LLC requesting rezoning of a 688.6-acre parcel on Bennett Road from ARR (Agricultural, Rural, Residential) to M1 (Industrial) for development of an industrial park.

The second application was from NG Banks County 206 LLC of Stockbridge requesting rezoning of a 212.08-acre lot on Neal Road and Ga. 63 from ARR to M1 for development of an industrial park.

Applicant Jeff Grant spoke in favor of both requests, stating he knew there was opposition from the community, and he would like to meet with neighbors of the property to discuss what they would like to see there.

But a number of those residents told commissioners they are not interested in the development there in any form because it would interfere with their way of life and the character of the county.

Kenneth Bennett, who lives on Bennett Road “half-way between our glorious landfill and our dynamite storage facility”, strongly opposed the rezoning requests.

“I’ve lived on this road all my life, the same property my great-grandfather lived on when he came back from the Civil War,” Bennett said.

Regarding the proposed development, Bennett said, “We don’t want it. Just pure and simple, we don’t want it. At the zoning meeting, I talked to many people who have moved to our county to get away from what this developer is wanting you to do. He doesn’t live in this county. I do, and these other people do.”

Others who spoke against the applications expressed concerns of additional traffic, strained infrastructure, loss of agricultural character, stream pollution, light pollution, and an altered way of life that would be created by the requested development.

“After careful review of the application and the Comprehensive Land Use Plan, I have found no reason not to allow it,” Ruark wrote in his cover letter. “All approved uses will abide by guidelines of the Banks County Code.”

The commission unanimously approved one rezoning application Tuesday night. It was submitted by RAI 59 Holdings LLC requesting to change a 13.4-acre lot at 2928 Ga. 59 from ARR to M1.

That property is adjacent to property currently owned by the steel manufacturing company and would finish out its master plan. The nearest neighbor is more than 200 feet away and the company would have the same buffers.

No one spoke in opposition to the RAI 59 Holdings LLC application.