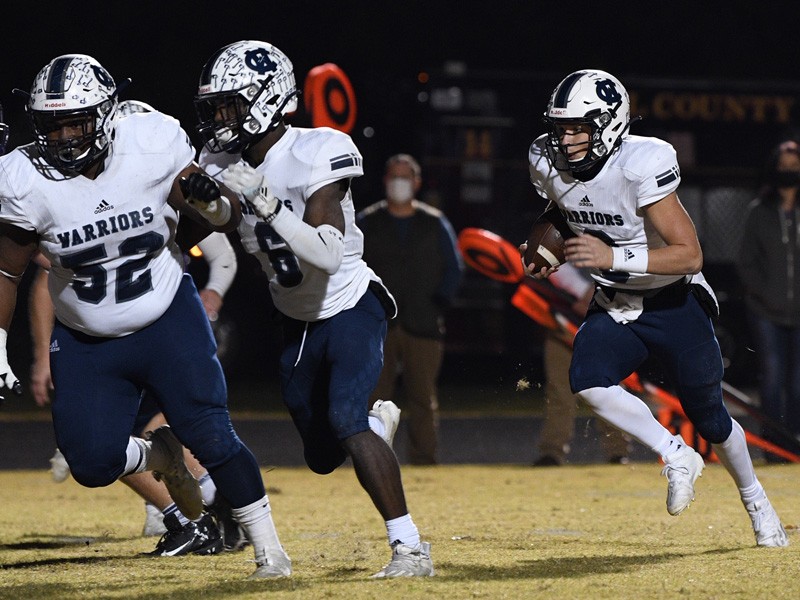 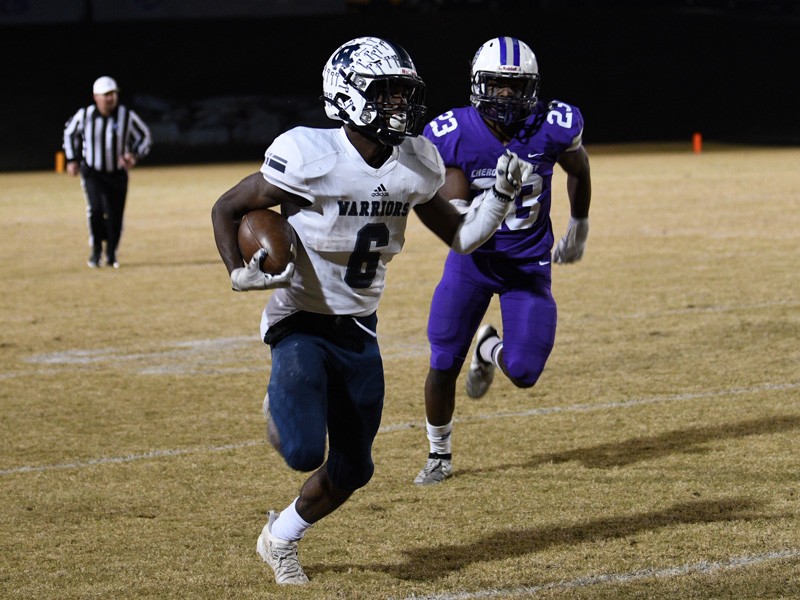 FLOWERY BRANCH — Senior quarterback J. Ben Haynes threw for four touchdowns and ran another in leading White County to a stunning 48-7 win over No. 9 Cherokee Bluff at Bears Stadium to close the Region 7-3A schedule for both teams.

"I like where our team is right now," White County coach Tim Cokely said. "Our defense played very well and J. Ben makes a difference for us out there."

Haynes and Darius Cannon were on fire in the first half connecting on all three of Haynes’s TD passes. They opened the scoring with a 12-yard pass midway through the first quarter and less than two minutes later they combined for a 36-yard touchdown following a Bears turnover.

Cherokee Bluff answered with just over a minute left in the first quarter when Sebastian Irons scored on a 1-yard run that was set up by a 49-yard run from Shad Dabney.

The Warriors exploded from there opening the big halftime lead and scoring the final 34 points. Haynes and Cannon struck for a 22-yard score two minutes later, Haynes found Turner for a 24-yard TD pass on their next possession, and Haynes closed out the half with a 3-yard touchdown run.

Silas Mulligan scored twice in the third quarter on runs of 1 and 5 yards and finished with 207 yards rushing for the game. Meanwhile, the White County defense stifled the Bears vaunted rushing attack much of the game and held Jayquan Smith to less than 50 yards.

Both teams move on to next week’s next playoffs. White County, who is the No. 4 seed and come in riding a three-game win streak, will travel to Region 6-3A champion Rockmart while the Bears will play host to LaFayette in the first round.

"I feel like we're been gaining some good momentum the last few weeks," Cokely said. "We've already faced a bunch of adversity this year. We seem to be on the upswing at the right time."