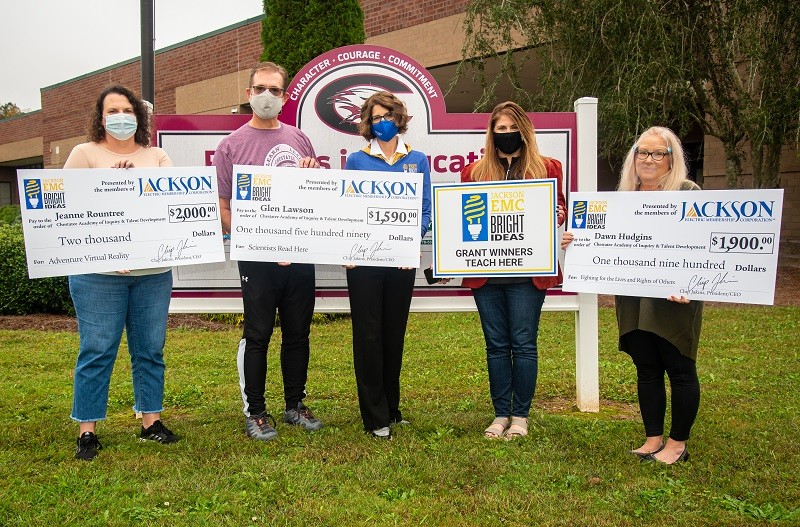 Teachers at four middle schools in Hall County and Gainesville were awarded $11,655 in Bright Ideas grants from the Jackson Electric Membership Corporation. These grants will be used to fund eight innovative classroom projects across the county.

Stacy Loverde from Cherokee Bluff Middle School also received a Bright Ideas grant of $294, which will help fund her flexible engagement program for special needs learners, and Sara Atwill of the DaVinci Academy at South Hall was granted $1,533 for her “Interconnected Underwater World” project, which allows seventh graders to learn about live marine ecosystems.

At Gainesville Middle School, Linda Kennedy-Murray received $558 for her “Garden Access for Everyone” project. In addition, Dory Moore was awarded $1,800 for a music theory program that can be used by both in-person and digital students and Jane Reed was granted $1,980 to fund portable science lab stations that can be used in classrooms, outside or remotely.