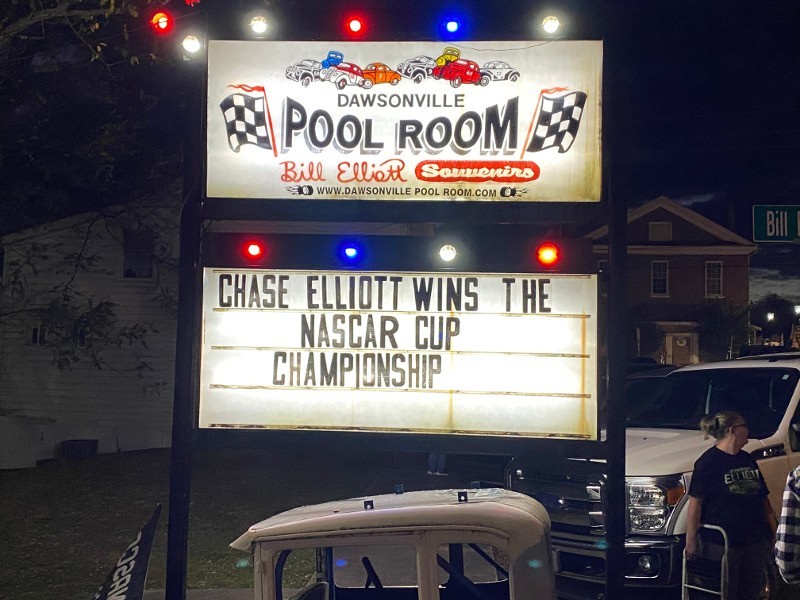 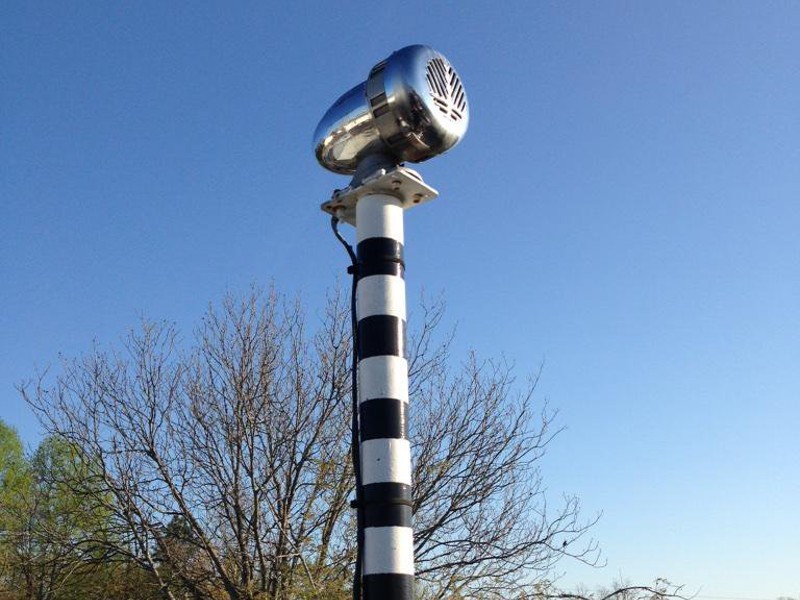 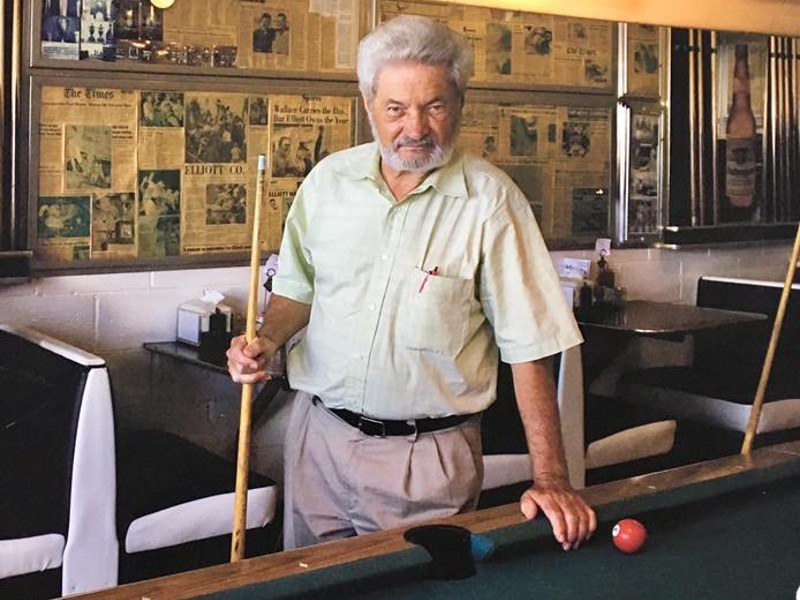 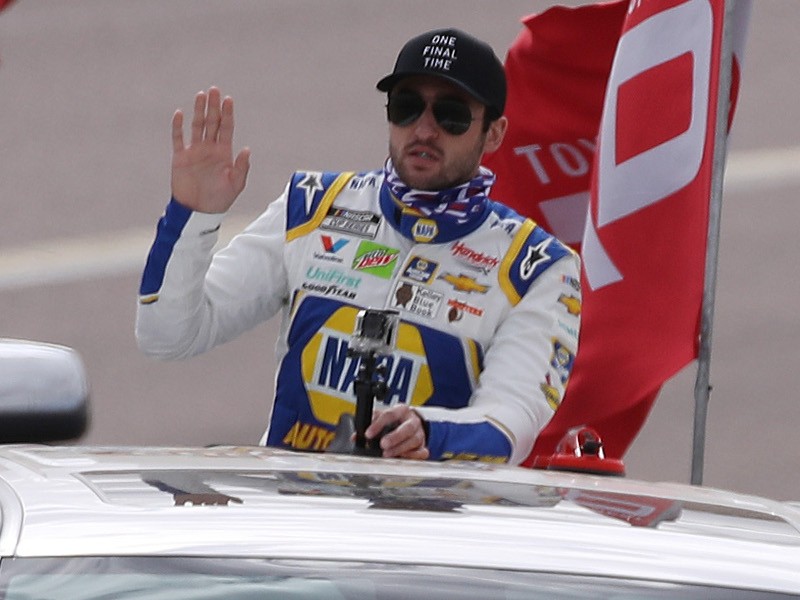 With the building packed to capacity, the Dawsonville Pool Room was filled with anticipation and hope.

They had all gathered there – along with in the Gordon Pirkle Meeting Room at the nearby Georgia Racing Hall of Fame – to watch Chase Elliott try to write a page of Georgia racing history in the NASCAR Cup Championship race at Phoenix Raceway on  Sunday.

The crowd cheered and hoped each time the Dawsonville native powered around a competitor.  It got even louder when he moved to the lead.

When he took the lead with 43 laps to go, the cheers were also tempered with worry.  More than once this year, Elliott had victory within his grasp, only to see a late caution or contact with a competitor snatch it away.

But that late caution never came.  Elliott drove away from the field to score the win.

And the crowd in Dawsonville went wild.

A crowd estimated at around 500 people poured into the downtown area as the famed “si-reeen” on top of the pool room screamed out the news of another win from a hometown hero, just as it did for each of the wins from Chase’s Hall of Fame father, Bill Elliott.

An impromptu parade broke out in the sleepy little town, located about 70 miles north of Atlanta in the mountains.  People filled Bill Elliott Street – off the main square where the Pool Room is located – to celebrate under the north Georgia skies, with cars passing and honking while the “si-reeen” continued to scream.

“This means everything,” said Dawsonville racing historian Gordon Pirkle, owner of the Pool Room.  “With the history that Dawsonville has in racing he's going to top it all before it's over with.

Pirkle made his way downtown to the celebration after watching the race with a crowd of fans down the road at the Georgia Racing Hall of Fame, where he helps to spotlight not only the Elliott family’s racing history, but all of Georgia’s racing heroes.

Not to mention two former National Stock Car Champions from Georgia prior to the formation of NASCAR in 1947, namely 2003 inductee Ed Samples and 2004 inductee Fonty Flock.

Bill Elliott was also a first-year inductee to the hall in 2002.  He won the title in 1988 when the Championship finale was held at his home track of Atlanta Motor Speedway.

That made it a 32-year span from the time that Bill Elliott took the title to Sunday, when Chase Elliott wrote his name in the record books.

The two become the third father-son combination in NASCAR Cup Series history to win titles, joining Lee and Richard Petty and Ned and Dale Jarrett in that distinction.

Needless to say, it makes another significant mark in the Georgia racing history books as the first from the Peach State to reach the accomplishment.

Pirkle says Elliott’s achievements in 2020 is important not only for Dawsonville, but for Georgia’s racing history.

“It means so much,” said Pirkle. “I wanted to Chase to get this race so bad, because I want him to get eight championships.  Jimmie Johnson couldn't do it or anybody else.  But I can't wait until he gets eight championships and he'll be out there on top of the pole then.”

This is far from Pirkle’s first racing rodeo.  He saw many of his racing heroes battle on the track over the years, and was the number one cheerleader in Dawsonville for the Elliott family back before anyone else had heard the name “Awesome Bill.”  His Pool Room served as the Elliott fan headquarters for several years, with the “si-reeen” wailing for each of Bill Elliott’s wins, poles and his 1988 title.  It serves the same capacity now for Chase Elliott.

“I've never been around for it,” Elliott said last week.  “I've seen videos and stuff. It's a really cool tradition. Gordon Pirkle is the guy that has owned the poolroom. That's kind of been his thing. I think it's cool of him to carry that tradition on, be able to still do that. I'm grateful for that.”

With that in mind, Pirkle said he wasn’t worried about Elliott’s fate after having to start at the rear of the field on Sunday.

“Chase comes from the back better than anybody else.  I told everyone if he can come to the front in the first third of this race, we don't have anything to worry about.

“I had confidence in him all along.”

As, it seems, did many of his fellow Dawsonville residents, as the crowds continued to pour into the streets with the “si-reeen” continuing to scream into the night.

And now long was Pirkle going to let it sound in celebration?

“We're going to burn it down,” he said with a laugh.

The celebration will continue well into Monday afternoon, as Elliott and his crew will be escorted through Dawsonville at 4 pm, followed by a ceremony at the Georgia Racing Hall of Fame.

“Grateful for the Pirkle family and great that all those great people can experience this with me,” Elliott said Sunday night.