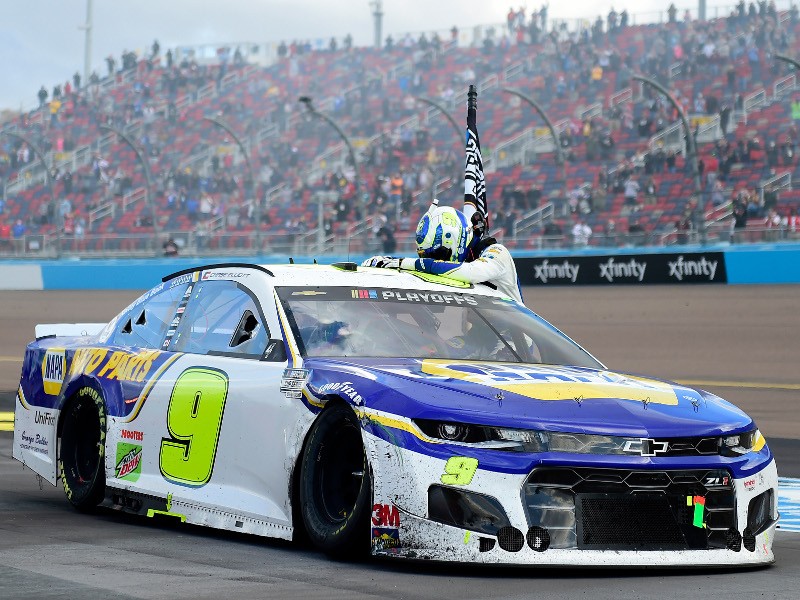 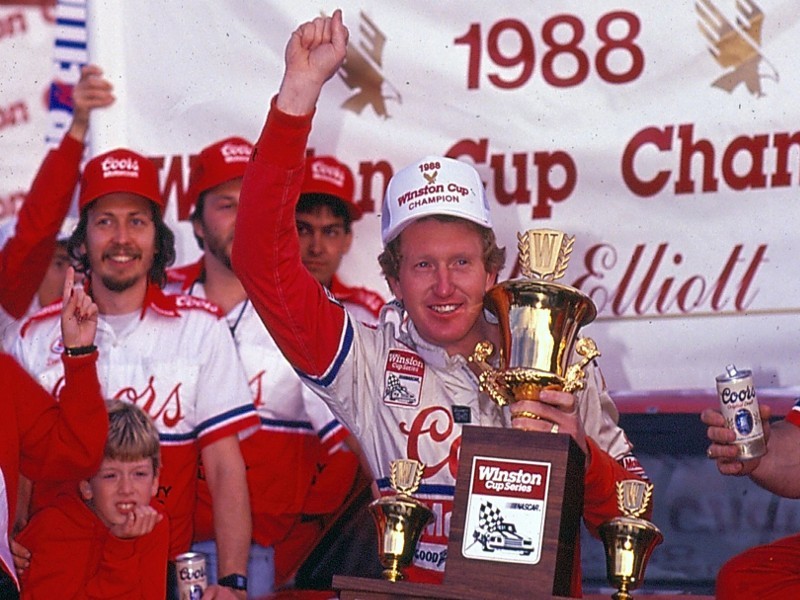 Chase Elliott followed in the footprints of his famous father, Bill Elliott, by securing his first-career NASCAR Cup Series title in Sunday’s finale at Phoenix Raceway – beating out Brad Keselowski, Joey Logano and Denny Hamlin, carrying on a family legacy that dates back more than 50 years.

The younger Elliott and his father join Lee and Richard Petty and Ned and Dale Jarrett as the only father-son drivers to win titles in NASCAR’s premiere series.

Not bad for a 24-year-old kid from Dawsonville, Georgia.  A kid whose father is enshrined in both the NASCAR and Georgia Racing Hall of Fame.

“This is a moment I’ve dreamed about,” said Chase Elliott. “This is all I’ve wanted to do is be a race car driver and race in NASCAR. To be honest, I’m humbled.

“I just never would have thought that this year would have gone like it has.  I mean, NASCAR Cup Series champion, are you kidding me?  Unreal.”

Just matching up to his father’s legacy would prove to be a tall order for Chase Elliott.

Bill Elliott cut his teeth driving for his family-owned team in 1976 before finally oil pump magnate Harry Melling purchased the team prior to the 1982 season.

In 1985, Bill Elliott won 11 races, including the four marquee events on the schedule – The Daytona 500, the Winston 500 at Talladega, the Coca-Cola 600 at Charlotte, and the Southern 500 at Darlington – to win a million-dollar payday, earning Elliott the nickname “Million Dollar Bill”, which went along with his other moniker: “Awesome Bill from Dawsonville”.

Bill Elliott would score his only NASCAR Cup Series title in 1988 and later try his hand as a car owner before partnering up with Ray Evernham to usher Dodge’s return to NASCAR.

While his father was racking up victories at the track, Chase was there and saw it all.

Born in 1995 while his father was just starting out as a car owner, William Clyde “Chase” Elliott II was a fixture at the track, joining his family on the road and hangout with the likes of Dale Earnhardt and Richard Petty.

It seemed inevitable that Chase would follow in his father’s footsteps, starting off on the short tracks when he was just 10 years old. By the time his was 13, Elliott was already winning championships in asphalt late models.

In 2011, Elliott won the prestigious Snowball Derby – becoming the youngest winner ever – and later won all four of the premiere late model races in the country in the same season.

Elliott signed a driver development deal with Hendrick Motorsports in 2011 when he was just 16 and began competing in the K&N Pro Series East in 2012.

His rise to the upper echelons of the sport came quickly, as he moved to the truck series in 2013 and then the NASCAR Xfinity Series a year later.

In 2015, Elliott was elevated to the Cup Series, eventually driving a Hendrick Chevrolet sporting the same number his father made famous – No. 9.

Elliott would win his first Cup Series race in 2018 at Watkins Glen, getting a push to Victory Lane from Jimmie Johnson after Elliott ran out of gas.

For the 2020 season, Elliott won the inaugural Cup Series race on the Daytona infield road course to earn himself a spot in the playoffs. Elliott hung on for the first three rounds but needed a Hail Mary victory on the penultimate race at Martinsville to advance to the Championship 4.

And now, here he is. NASCAR Champion.

“It's unbelievable.  All you can dream for is an opportunity, and I've been very fortunate to have that over the years,” said Elliott. “I just can't say enough about our group. I felt like we took some really big strides this year, and last week was a huge one. To come out of that with a win and a shot to come here and have a chance to race is unbelievable. Heck, I don't know. I don't even know. This is unreal.”

Back in Dawsonville, they have a tradition: whenever Bill Elliott won, the owner of the Dawsonville Pool Room, Gordon Pirkle, would sound off an old siren from a Georgia State Patrol car to celebrate the victory.

That tradition continued with Chase. The siren – pronounced “si-reeen” by Pirkle - went off last weekend, and was sounding again on Sunday.

“It's a really cool tradition.  Gordon Pirkle is the guy that has owned the poolroom.  That's kind of been his thing.  I think it's cool of him to carry that tradition on, be able to still do that.  I'm grateful for that.  I think it's a cool thing.

“Fortunate that I've been lucky enough that they wanted to carry it on and want to keep doing it.”

On Monday, Elliott and his entire crew will get a heroes welcome from the town of Dawsonville.

“I don't know if it's right or wrong, but I feel like the town of Dawsonville should just exempt all work and school tomorrow I feel like would be really cool.

“Grateful for the Pirkle family and great that all those great people can experience this with me.”