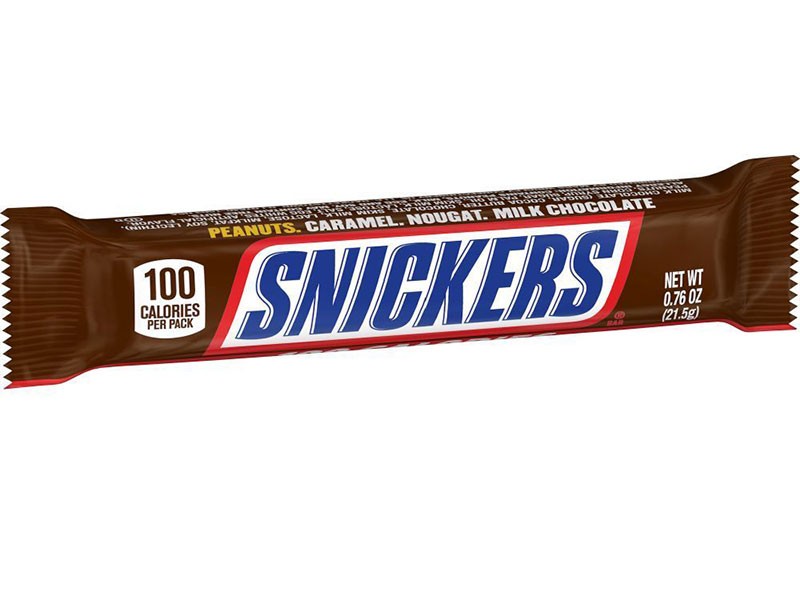 The “Today” show last week took on one of the most controversial issues of the day, and, no, I don’t mean the presidential election or the coronavirus, because, really, aren’t we all just sick to death about both of those issues?

Instead the NBC morning show asked viewers to decide, using a basketball tournament-style bracket, to pick the country’s favorite candy.

This had the potential to be very controversial because there are actually people out there whose favorite candy is candy corn, which is fine, I suppose, if you enjoy chewing candle wax.

Fortunately, candy corn didn’t make the tournament, and neither did those nasty orange circus peanuts, which taste a lot like what I think Styrofoam would taste like, if one were inclined to actually eat Styrofoam.

What was included was, in my humble opinion, a bad choice – Almond Joy. I don’t like coconut, so I’m not a fan of Almond Joy or Mounds. Al Roker, for what it’s worth, agrees with me. He said the coconut center of an Almond Joy looked like something that had already been chewed, and if my aversion of coconut didn’t exist, this mental image would certainly keep me from ever eating an Almond Joy.

One of Al’s co-workers said she liked the almonds in Almond Joy, but it seems to me if you like almonds, you can buy a bag in every grocery store and you don’t have to deal with that already-chewed center of an Almond Joy.

I like M&M’s, especially Peanut M&M’s, which shouldn’t surprise anyone considering I hail from the Peanut Capital of the World. I like Reese’s, but not so much Reese’s Pieces. I’ll eat a Kit Kat if someone gives it to me, but I doubt I’d every buy one in a store, unless they were out of Hershey’s bars, M&M’s or Reese’s. You can keep your Paydays, Butterfingers and Mr. Goodbars.

My favorite candy of all time is Snickers. It’s the perfect mix nougat, peanuts and caramel with a chocolate coating, and, come on, who doesn’t like nougat, even though I’m not completely sure what nougat even is. It’s my go-to candy, if I’m in the mood for a candy bar.

Which brings me back to the “Today” show’s candy competition. The Almond Joy was voted out pretty quickly, which restored my faith in humanity, at least until M&M’s were voted out, which made me think that only heathens and people who don’t love the Lord were voting in this thing.

Starburst advanced a couple of rounds, which disappointed me. I don’t like sour candy much, and if I’d been putting together the competition, I’d have booted Starburst and would have include the Hershey’s bar, which didn’t even make the tournament and should have been the first sign that this tournament was bogus.

But America ultimately did the right thing. Reese’s and Snickers made it to the final round, and despite some intense lobbying by Hoda and Savannah, the Snickers bar was ultimately declared the best candy by “Today” show viewers.

Now only if that other election will turn out so good.