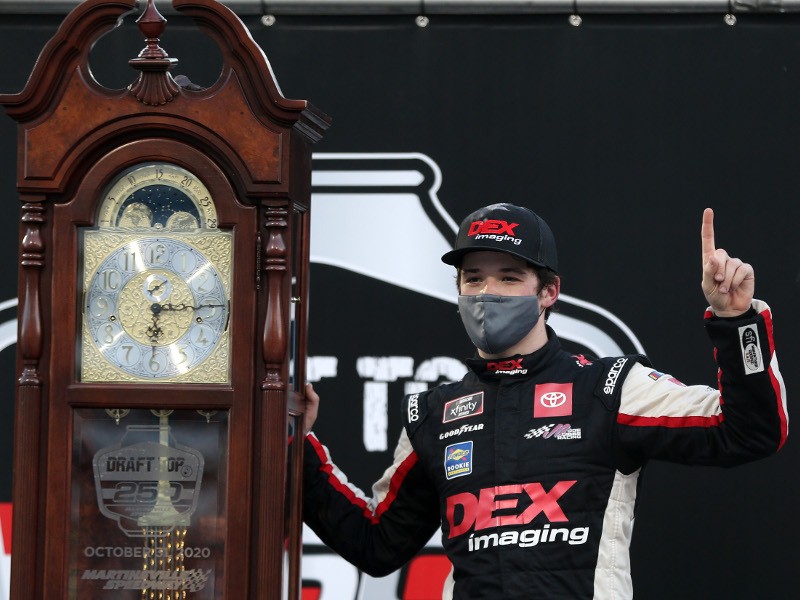 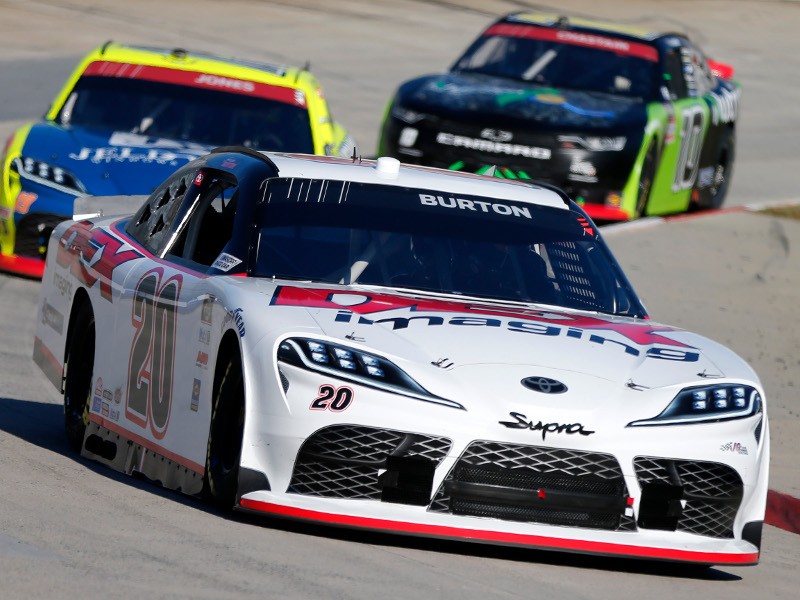 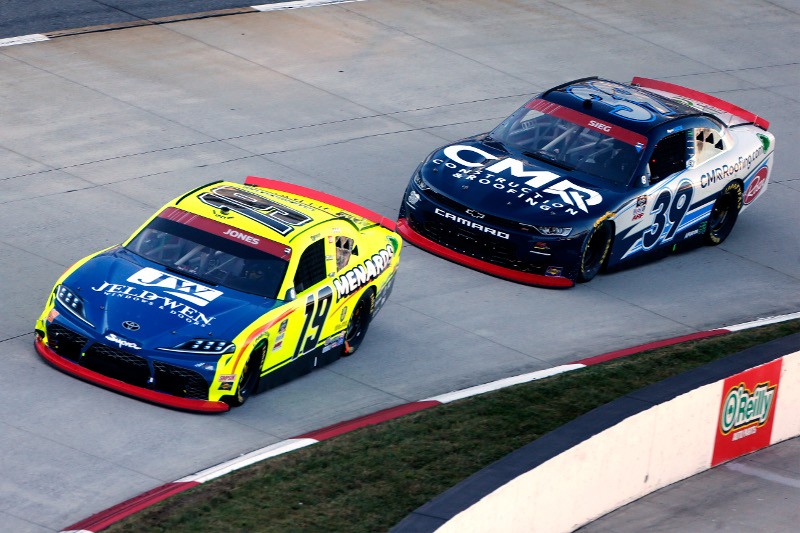 Harrison Burton may have fallen out of championship contention weeks ago, but the 20-year old is driving every bit like one right now.

The driver of the No. 20 Joe Gibbs Racing Toyota held off veteran and NASCAR Xfinity Series Playoff contender Justin Allgaier by a mere .355-seconds and led the final 53 laps of the race to become the youngest winner (20 years, 22 days) in series history at the famed half-mile track – bettering his own father Jeff Burton’s mark (23 years, two months, 24 days).

Burton’s 81 laps out front on the day was best in the field and his win was the rookie’s fourth on the season. It came in the series first race at Martinsville Speedway since 2006.

“Great race car and best team in the garage,” Burton excitedly told his father, a broadcaster on the NBC race telecast as he made his way to the finish line for a victory burnout.

And while it was an important personal triumph for the second-generation driver, Burton’s victory had an important impact on the ultimate championship battle – three of the final four championship-eligible positions were decided by points. Allgaier’s runner-up effort was good enough to allow him to transfer to the title round next week at Phoenix, joining Saturday’s 10th-place finisher Austin Cindric, 12th-place finisher Justin Haley and seventh-place Chase Briscoe, who had already advanced with a win two weeks ago.

Crossing the line just behind Burton and Allgaier to round out the top five Saturday were Noah Gragson, the winner’s cousin, Jeb Burton and Ross Chastain – with Gragson and Chastain falling just short of advancing into the Championship 4 round. Atlanta, Georgai’s Brandon Jones (ninth place) and Tucker, Georgia’s Ryan Sieg (11th place) also failed to earn a position in the Championship 4.

Pit strategy ultimately played a big role, however. Non-championship contenders such as Burton and veteran A.J. Allmendinger, who led 68 laps, were able to gamble on pit stop timing and track position. Allmendinger had the lead after the Stage 2 restart and he and Burton were the only two drivers to trade the top position from there out while the early leaders navigated back up through the field in traffic – dicing through cars pursuing their own agendas.

Of the four drivers who have advanced to decide the championship next week at Phoenix, Allgaier is the only one with previous experience in the Championship 4, as he’s contended three times before. His previous best championship finish in this Playoff format was third – both in 2016 and 2017. He is a three-race winner this season.

Briscoe, who has a series best nine victories in the No. 98 Stewart-Haas Racing Ford, has a best championship finish of fifth – last year. Cindric, the regular season champion and a five-race winner in the No. 22 Team Penske Ford, is also making his Championship 4 debut. His previous best showing was sixth place in last year’s championship. Haley, the driver of the No. 11 Kaulig Racing Chevrolet and three-race winner in 2020, will also be making his Championship 4 debut.

“A lot of boxes checked for us today, I feel like we’ve had to points race the entire Playoffs,” Cindric said. “And it’s been really annoying. We’ve brought some really fast race cars to the tracks in the last few weeks and our guys did an incredible job coming to the race track with no notebook and really basing it off the Ford simulator of notes from the Cup guys. Really proud of that effort. It’s a year’s worth of work and going to try to go take advantage of it next week.”

“I think we have to go there prepared to win the race,” Cindric added.

The NASCAR Xfinity Series returns to action to decide the 2021 championship on Saturday, November 7 at Phoenix Raceway.