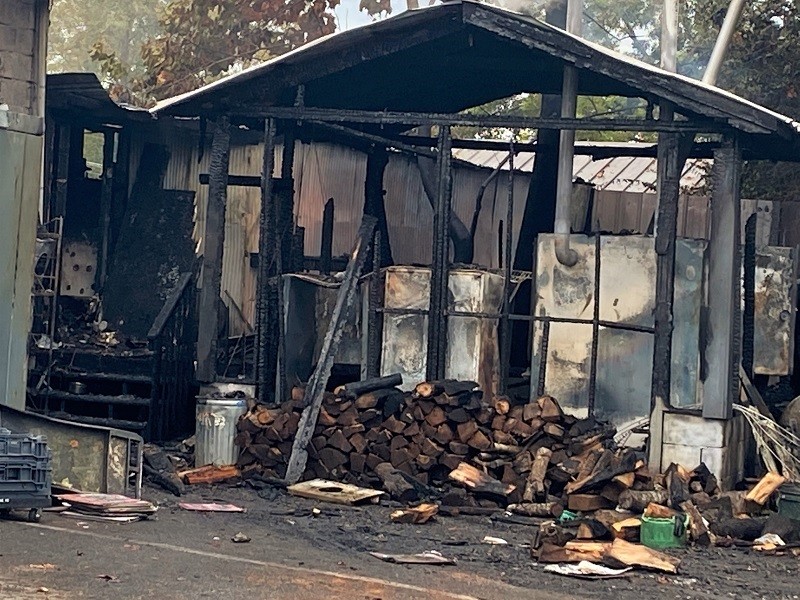 Light smoke rises from the smoker that caught fire and destroyed the smokehouse and damaged the main restaurant building at Wolf Creek BBQ on North Main Street in Cornelia.
Rob Moore 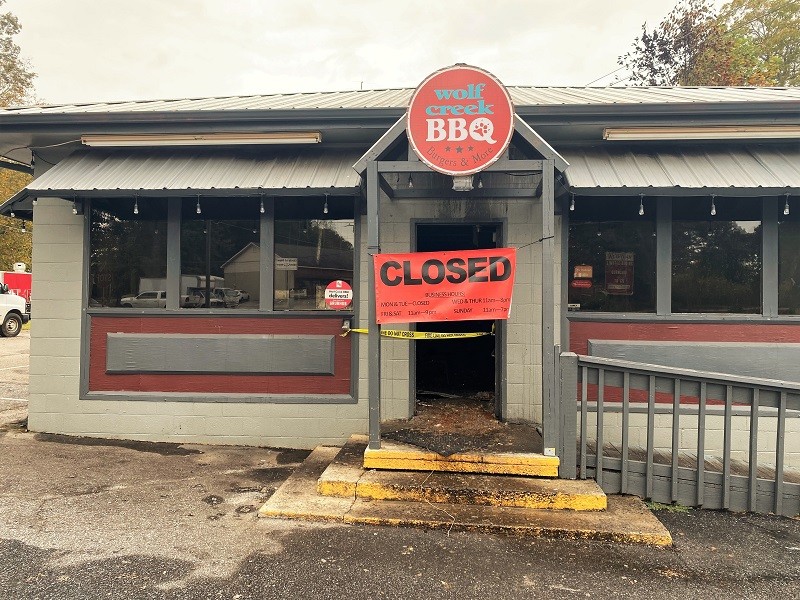 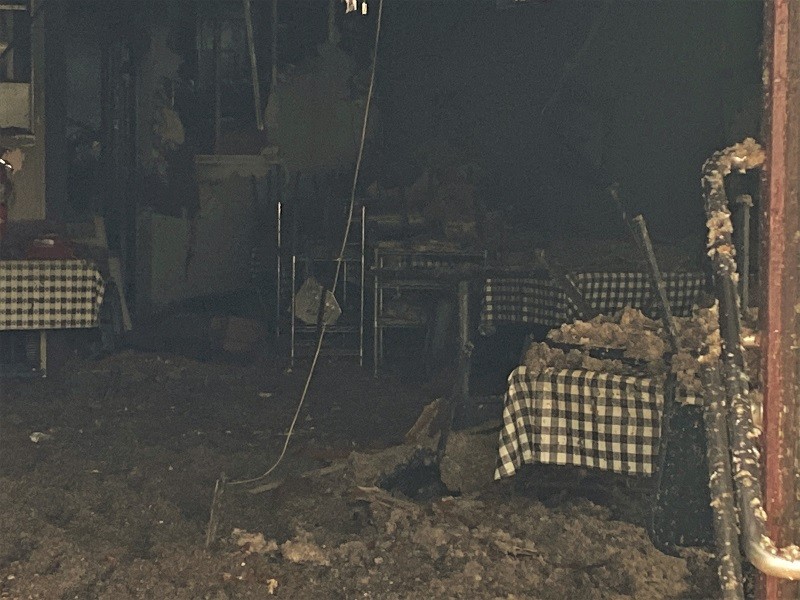 Roberson was at the restaurant when he discovered the fire just after 5:30 a.m.

“We were getting ready to start the day and our smoker caught on fire and caught my smokehouse on fire and then eventually got the restaurant on fire, but we’ve got a good fire department here in town,” Roberson said. “They were out here quick so, as much damage as there is, I think they minimized what it could have been.”

“Upon our arrival, the shed was fully involved,” Jenkins said. “The flames had already made it into the main structure of the building.”

Firefighters entered the building through the front door but were forced back.

“When we made entrance, we got about half-way,” Jenkins said. “We came up against a whole lot of heat, so therefore we had to back out and reposition.”

Jenkins said Roberson has a thermometer inside the restaurant that allows him to monitor the smoker temperature from there.

“When he was inside the building, he observed the temperature being extremely hot,” Jenkins said. “He’s experienced that before and everything would be ok, but when he came out to check on it the doors on the shed were cracked open, allowing the oxygen to get to the smoker more to cause the fire to really spread. The smoker overheated and caused the fire.”

The fire caused some traffic issues in the area.

“We have a hydrant right across from Wolf Creek, but unfortunately we had to shut the road down to have access to it,” Jenkins said.

Wolf Creek BBQ has been in the located for about two and a half years, but the building formerly housed several other eateries.

Roberson said he is not sure if the business will be able to re-open in its current building but vowed to serve his customers again.

“We’re going to give it a day or two until we can get in and see what the actual damage is inside the building, and then start working on getting back open,” Roberson said. “If we go somewhere, it won’t be far. We will be back!”