Bears pull away to beat West Hall, stay unbeaten in 7-3A 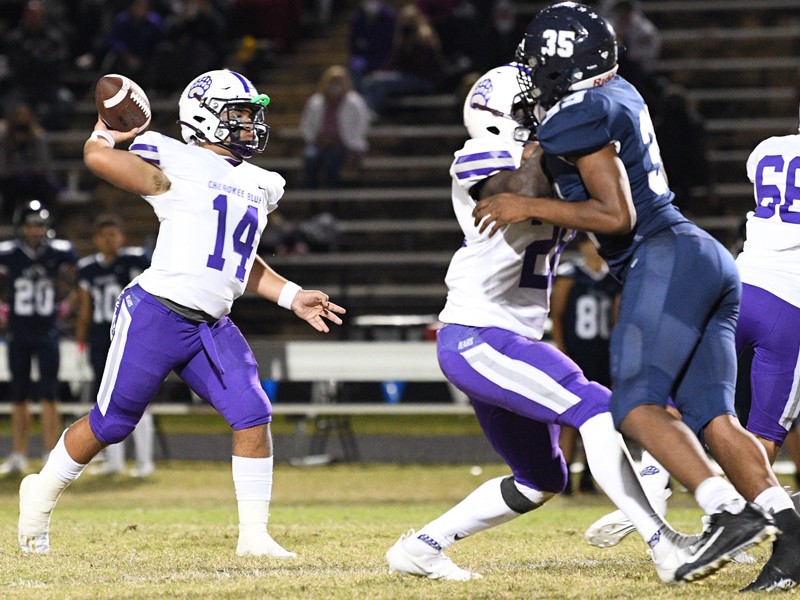 Cherokee Bluff's Sebastian Irons had 251 yards through the air with three TDs in the win over West Hall on Friday.
Photo/Kevin Mumpower 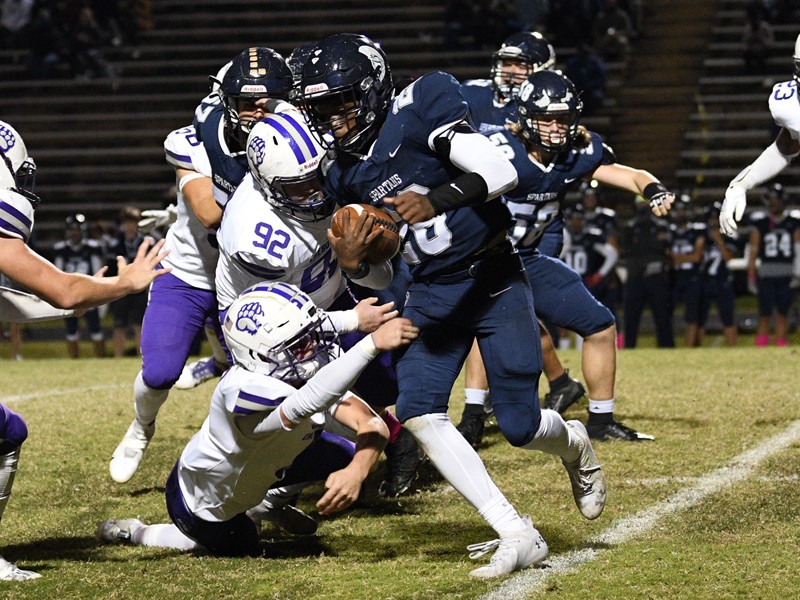 OAKWOOD — For 2 1/2 quarters, West Hall was doing everything it could to ruin Cherokee Bluff’s perfect season.

A spirited Spartans defense had stymied one of Class 3A’s top offenses and a 10-yard touchdown run by Josiah Henriques tied the game at 7-7 just three plays into the third quarter.

But the Bears finally got untracked, scoring 28 unanswered points the rest of the way and pulled away for a 35-7 win Friday night at Spartans Stadium.

The Bluff offense, set up by a pair of West Hall turnovers, used two big plays in the third quarter -- a 44-yard touchdown pass from Sebastian Irons to Deakon Phillips and a 51-yard touchdown run by Jayquan Smith -- to reclaim the lead.

Irons and Eric Gohman connected on a 54-yard TD pass early in the fourth quarter and Irons sealed the game with a 1-yard scoring run with just under three minutes left.

The West Hall defense was the star in the first half holding a Bears offense averaging over 41 points a game to just a 36-yard TD pass from Irons to Gohman in the waning moments of the first half.

But the Bears wore down the Spartans in the second half. Bluff finished with 147 yards rushing, paced by Smith’s 70 yards on 15 carries, and Irons had 251 yards through the air with three TDs. Gohman had 3 catches for 107 yards and two scores.

The Bears defense held West Hall (2-4, 0-2 Region 7-3A) to just 127 total yards. Clayton Jenkins was just 9-of-24 passing for 91 yards and was picked off three times. Henriques was held to just 36 yards rushing. Rodrigo Lopez had 5 catches for 81 yards for the Spartans. 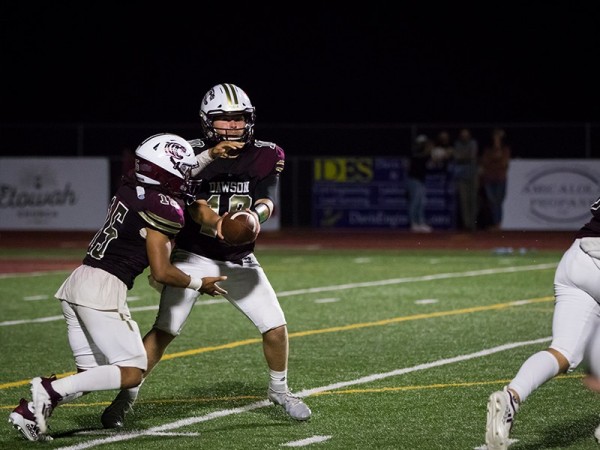 No state leaders but NEGa still well represented in yardage counts
It took just past the halfway point of the 2020 season for the rest of the state to catch them but no northeast Georgia players currently lead any of the top offensive stat categories. But that doesn't mean the area isn't still heavily represented...

FGN Week 6 wrap: Dragons, Tigers, Trojans highlight big night in region play
Three more regions got their playoff quests under way on Friday night and several area teams made statements that they intend to be in the conversation the second half of the season...

No. 2 Dragons hold off No. 8 Branch
In every way possible No. 8 Flowery Branch won its battle with No. 2 Jefferson on Friday night in the two teams’ Region 8-4A opening showdown. But the Dragons dominated where it mattered most, with big plays and big defensive stops in taking a 40-10 win at Falcons Field...
Friday Game Night 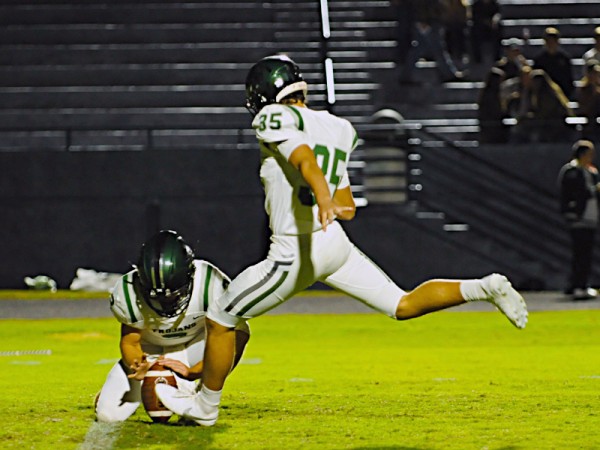 Game of the Week: White-North Hall tangle for more than bragging rights
The 48th edition of one of the longest-running rivalries in northeast Georgia will have a different feel to it on Friday.
By Bo Wilson | Video by Seth Chapman
Privacy | User Agreement | Contact | Advertise With Us
2022 © Jacobs Media Corporation. All rights reserved. EEO Report. Website by Full Media
Login / My Access
close
Search