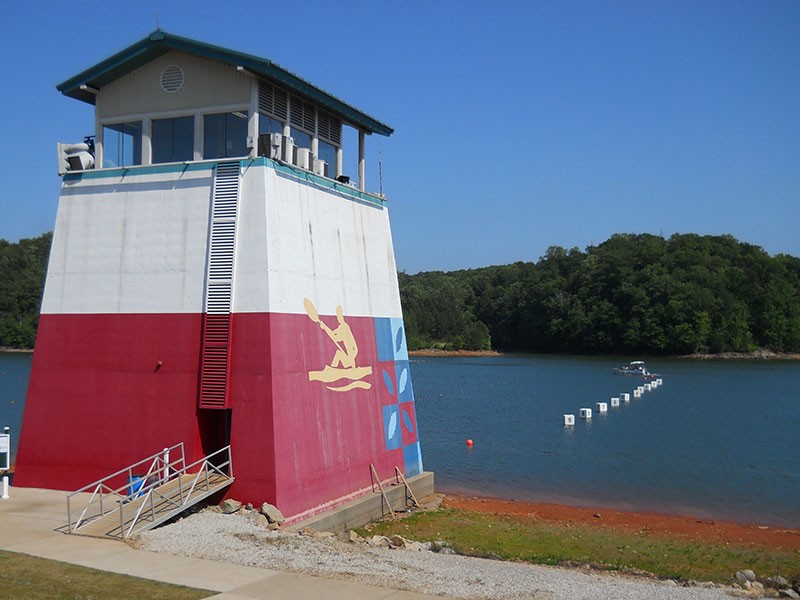 Lake Lanier Olympic Park in Gainesville has been selected as the host site for the 2026 NCAA Women's Rowing Championships.

"Hosting the NCAA Divisions I, II and III Women’s Rowing Championships in 2026 will bring in 36 teams for the week of the championships, bringing an estimated economic impact of $2.5 million," said Gainesville Tourism Director Robyn Lynch in a press release. "In addition, Gainesville will see an influx of NCAA rowing teams choosing to participate in regattas and winter/spring training for several years leading up to the championships."

The NCAA made the announcement Wednesday, Oct. 14, naming the Gainesville site as one of 450-plus host sites for preliminary rounds and final sites of predetermined championships in Divisions I, II and III to be held from 2022-23 through 2025-26.

For only the third time in its history, the NCAA undertook a site selection process where most of its championships were put out for bid at the same time, the NCAA said in a press release issued on its website.

The City of Gainesville, University of North Georgia (UNG) and Lake Lanier Rowing Club joined the LLOP Foundation in its bid to host the 2025-26 NCAA Women’s Rowing Championships at Lake Lanier, formally submitted in February 2020.

UNG President Bonita Jacobs said the university is honored to partner with the city and LLOP as the sponsoring member institution for the 2026 NCAA Women’s Rowing Championships.

“UNG and the Nighthawks’ athletics staff are excited to help create a memorable and first-class championship experience for the student-athletes as we showcase the hospitality of our region and this incredible venue,” Jacobs said.

Gainesville Mayor Danny Dunagan mirrored the excitement expressed by Lynch and Jacobs, stating he was thrilled the NCAA appreciated features in Gainesville he and city leaders are proud of: beautiful Lake Lanier; a vibrant community in which to live, work, learn and play; plus community members who know the true definition of Southern hospitality and the value of their hometown.

“I’m always proud to remind folks, especially visitors to Gainesville, that Lake Lanier Olympic Park is home of the 1996 Centennial Olympic Games rowing and canoe/kayak events,” Dunagan said. “We were hopeful our world-class facility, paired with our famous Southern hospitality, would make Gainesville a top contender for the NCAA, and it’s overwhelming to see such hard work pay off. We know our future visitors will love Gainesville as much as we do, and we extend our sincerest thanks to the NCAA for giving us that chance.”

Lynch said the local organizing committee, consisting of dedicated volunteers, has worked diligently to keep the Olympic legacy alive at LLOP. In July, City of Gainesville and LLOP officials, joined by community leaders and partners, held a ribbon-cutting ceremony for the park’s newest addition – the Olympic Ring Plaza.

The NCAA said it received more than 3,000 bid submissions from NCAA member schools, conferences, sports commissions and cities vying to host predetermined rounds for 86 of the NCAA’s 90 championships. The sites were selected by the respective NCAA sports committees and approved by the divisional competition oversight and championships committees, it stated.

"The response of our membership, host cities and local organizing committees to this process was tremendous,” stated Joni Comstock, NCAA senior vice president of championships. “Thanks to their commitment, we are excited that our student-athletes will play in some of the top locations and venues in the United States.”

Forty-three states plus the District of Columbia were selected to host at least one NCAA championship event, with California garnering the most with 34, the release stated. It added Texas was second with 30, while North Carolina totaled 28, followed by Pennsylvania with 27 and Ohio with 25.

In the release, the NCAA stated sports committees made the nearly 450 selections of host sites based on criteria that included the ability to create an outstanding experience for student-athletes, along with adherence to NCAA sport-specific bid specifications. It stated specifications can include, but are not limited to, providing optimal facilities; ease of travel to the location and ample lodging; and adherence to NCAA principles, which include providing an atmosphere that is safe and respects the dignity of all attendees.