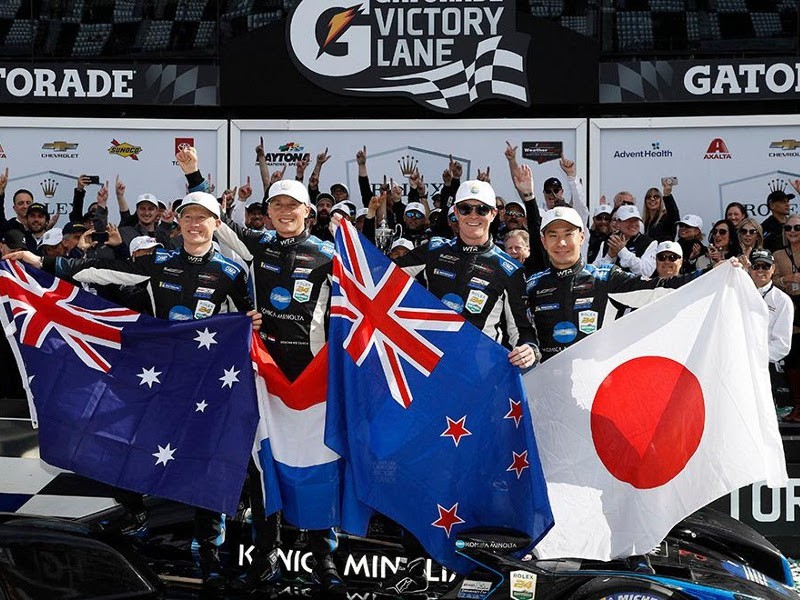 They’ve again enlisted the help of a driver embroiled in his own championship fight to further their cause.

In the meantime, Dixon is ready to moonlight in sports cars, eager to help Briscoe and van der Zande in their quest to earn the WeatherTech Championship title. Dixon and Kamui Kobayashi shared driving duties with van der Zande and Briscoe when the No. 10 Cadillac won the season-opening Rolex 24 At Daytona.

“I’m excited to be back in the car,” Dixon said. “This has been a crazy year, and Daytona was the last race that felt somewhat normal, especially with all the victory celebrations and things like that. It’s great to see that the No. 10 team is still leading the championship, just the way it started off. Hopefully I can add to the championship fight, keeping it clean and helping these guys go on to another victory.”

Although Dixon’s year-long concentration has been on the IndyCar championship, this weekend’s outing is actually providing a bit of respite from his normal competition.
The last few races have not gone well for the New Zealander, as Josef Newgarden has closed the gap in the points race.

“It’s pretty nice, actually,” Dixon said. “The IndyCar championship was looking fairly easy there for a while, and through mistakes by myself and the team, we’ve made it a little bit tougher. It’s kind of nice to focus on something else and take your mind away from it, especially when you’ve got a lot of down time going into the IndyCar final race.”

The top five teams vying for the DPi championship are separated by just nine points heading to Michelin Raceway, with the No. 10 three points up on the No. 31 Whelen Engineering Racing Cadillac. The No. 7 Acura Team Penske pairing of Ricky Taylor and Helio Castroneves has come on particularly strong of late, winning the last three WeatherTech Championship races.

Taylor and Castroneves rank third in the standings, five points behind the leaders, and will have another IndyCar standout, Alexander Rossi, as their third driver this weekend.

“It’s definitely exciting, and it’s anyone’s title at the moment,” Briscoe observed. “I’d prefer if we were just running away with it, but the competition has just been so good. We’re definitely pushing very hard to try to finish out the season with some wins, and we’re hoping our strong point is in the long-distance races.”

Hunter-Reay will co-drive the No. 55 Mazda Motorsports DPi this weekend with Harry Tincknell and Jonathan Bomarito, while Taylor is looking for his third consecutive GT Le Mans (GTLM) win this season for Corvette Racing. Tincknell and Bomarito rank fourth in the DPi standings, eight points behind van der Zande and Briscoe. Sebastien Bourdais is nine points back and heads an all-French trio driving the No. 5 Mustang Sampling/JDC-Miller Motorsports Cadillac this weekend with Tristan Vautier and Loic Duval.

Van der Zande says it will be difficult to balance aggression and caution over the final three events of the 2020 campaign. While consistency has put the No. 10 team atop the standings, the Dutchman knows that a conservative approach doesn’t always pay off.

“It’s the tightest championship, I would say, ever in IMSA,” he said. “That’s really cool. I think the team is really focused on doing well and trying to make the most out of the situation. I think consistency is key, and podiums make a big difference in points. So being on the podium is the first goal. If you take crazy risks for a win, maybe that’s not worth it. But on the other hand, winning is so nice.”

“With three races to go, we need to be smart still, and see where we stand going into the final race,” Briscoe added. “It will be clearer who you’re racing in the points, and where you have to finish. The one thing we need to watch is putting a stop to that No. 7 car, because they’re really making a big comeback in the points.”