By From staff and wire reports 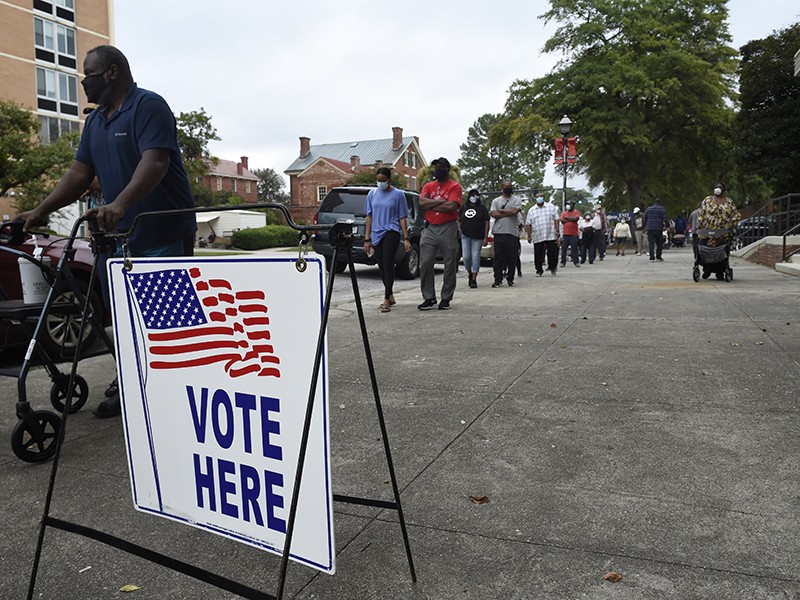 Nearly 4,500 people in Hall County went to the polls on Monday, part of a record 128,000 Georgians who voted on the first day of early, in-person voting in the state.

Hall County officials reported only two minor issues on the first day. The Mundy Mill precinct opened a half hour later because of a staffing shortage. The Downtown Gainesville precinct experienced longer wait times, so elections officials have allocated more staff to that location.

Meanwhile, the Secretary of State’s office has informed counties that the statewide elections software is running slow today. State technicians are working on the problem, but voters should be aware of possible delays.

People can continue to vote early in person through Oct. 30. While voters must vote at their assigned polling place on Election Day, they can vote at any open polling place in the county where they live during early voting.

The high turnout surpassed the nearly 91,000 votes cast on the first day of early voting in 2016 and saw eager voters waiting in hours-long lines across the state to cast their ballots. Election officials and advocacy groups have been pushing people to vote early, either in person or by absentee ballot, in anticipation of record turnout and concerns about coronavirus exposure.

But some would-be voters turned up Monday only to find their county offices closed for the Columbus Day holiday. Effingham County resident Tony Grimes told WTOC-TV he took the day off work to vote and was frustrated to find the door locked at the county's main elections office.

“I see in Chatham County where they’re having lines forming for them to go and vote," he told the television station. "So, they’re voting right now, and we aren’t able to.”

It was not immediately clear how many counties observed the holiday resulting in a one-day delay to the start of early voting.

With photos and videos of long lines Monday posted by news outlets and circulating widely on social media, some election integrity advocates and elected officials said it was evidence of voter suppression and called on election officials to take steps to take immediate action.

But others urged patience.

“Election officials have limited resources — especially during the pandemic,” Rick Hasen, an election law professor at the University of California-Irvine, tweeted Monday night. “Great enthusiasm on the first day of voting leading to long lines does not necessarily mean there's a systemic problem. Let's give it a few days.”

Georgia's elections have drawn national scrutiny in recent years. That was renewed in June when the state's primary election was marred by long lines caused by equipment problems and high turnout, as well as coronavirus-related consolidations of polling places and shortages of poll workers.