My conversation with Ben Franklin 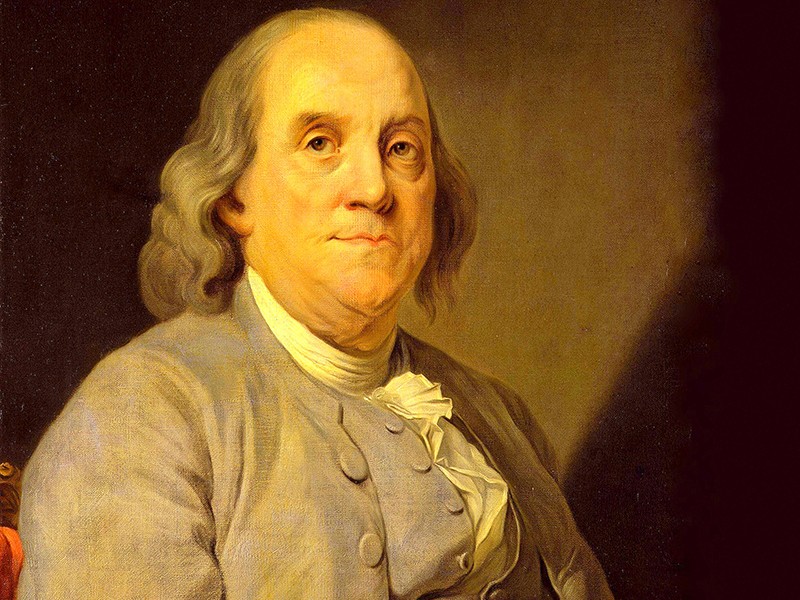 Benjamin Franklin stopped by my office last week to chat about next month’s presidential election.

(Some people claim to see UFOs. Some people hold seances to reconnect with their Great Aunt Gertrude. I talk to the Founding Fathers. Get over it.)

Ben – he told me I could call him that – was interested in hearing about modern-day politics and about how the republic he was so instrumental in creating was holding up some 233 years after the Constitutional Convention.

“I’m afraid the country might not be what you all envisioned back in the day,” I told him. “Public discourse has disintegrated badly. Our political parties are more polarized than I can ever remember, and each blames the other for all the problems of the country. Meanwhile, little actually gets done to fix the problems.”

“That doesn’t sound good,” Franklin said, with a bit of a scowl on his face.

“No, sir. It isn’t. Throughout this long presidential campaign, each candidate has spent an inordinate amount of time telling us how his opponent and his opponent’s party are to blame for every bad thing that has happened in America since Watergate.”

“Does no one compromise anymore?” he asked.

“Not really. Compromise requires rational, honest, civil discussion of issues. We don’t see that much anymore.”

Ben lets out a hearty laugh.

“That just brings up so many memories from the Constitutional Convention. You know, we didn’t show up in Philadelphia with like minds. We disagreed on how much power the federal government should have, how much power should be vested in the president and about the makeup of the House and the Senate.”

“I told them to sit together and work out their differences, that compromise was the oil that makes democracy work. I told them to be willing to sacrifice, not their fundamental principles, but their overwhelming desire to always be right.”

Ben leaned back in his chair and smiled.

“It was hard work. But we did it. No one got everything they wanted. But we created the Constitution, which I think is a pretty good little document.”

“Indeed, sir. Many people think it is the greatest document that has ever been written.”

“You know, young man, it seems like we were allowed to do something your leaders seem unwilling to do today,” Ben said. “And that is we changed our minds.”

“I’m afraid you are correct, sir. Today, someone who changes their mind is immediately branded a ‘flip-flopper,’ and we don’t consider whether that leader had learned something new that caused him to reconsider his position. We just brand him as being wrong.”

Ben paused for a moment, as if gathering his thoughts.

“Son, let me tell you what I said that day in Philadelphia. I said that through my long life, I had been forced by better information or further consideration to change opinions which I once thought right but found to be otherwise. It is therefore that the older I grow, the more apt I am to doubt my own judgment, and to pay more respect to the judgment of others.”

He picked up his coat to leave and let out a long sigh.

“Perhaps,” he said, “the candidates for your election next month should follow the same advice.”