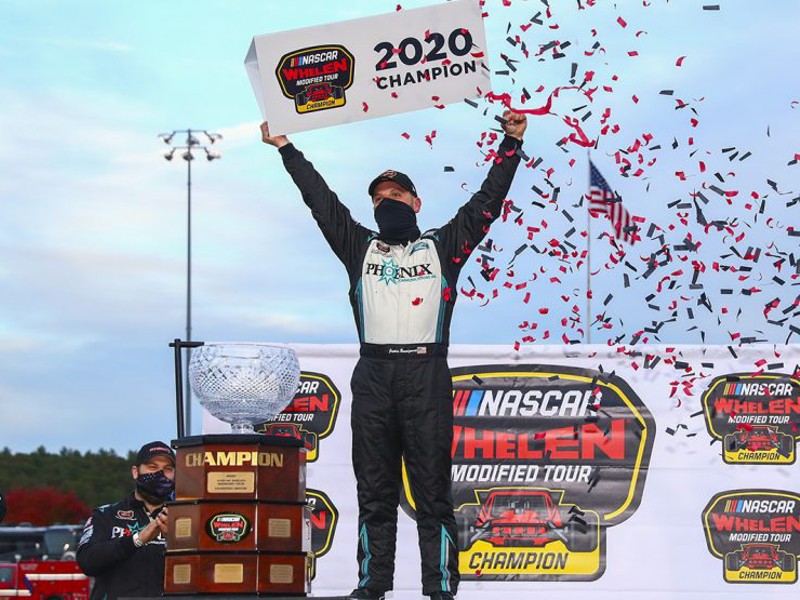 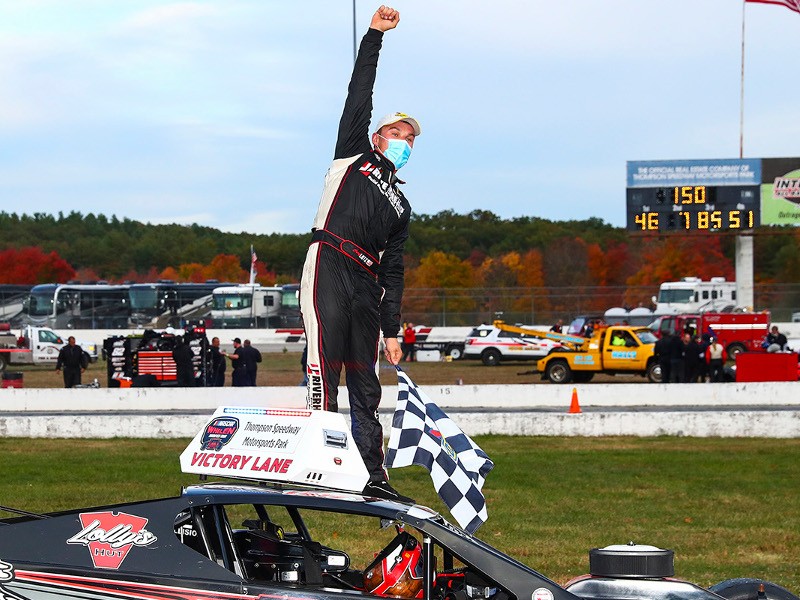 THOMPSON, Conn. — Twice in the previous four years, Justin Bonsignore won the season finale at Thompson Speedway Motorsports Park, and had his Victory Lane celebration cut short when he had to move out of the way for the crowning of the NASCAR Whelen Modified Tour champion.

Sunday, they made way for Bonsignore.

The 32-year-old from Holtsville, New York, waited for Sunoco World Series 150 winner Craig Lutz to wrap up before celebrating his second tour championship in three years.

It was his ninth top-five finish in nine races in the abbreviated season that included three victories. It also marked Bonsignore’s 15th straight top five.

He entered the final weekend needing to finish sencond to clinch the title. But after winning three of the last four races at Thompson, but watching Doug Coby crowned the champion at the end of the night — including last year’s bittersweet race win — Bonsignore looked to take both the race and the championship.

Bonsingore won the title in 2018 and finished eight points behind Coby last year. He’s finished in the top three in points in six of the last seven seasons.

Coby won the Mayhew Tools Pole Award Saturday but had his race cut short by a lap 97 accident and finished 22nd.

Rypkema collected his fifth top 10 of the season and the 23-year-old from Oswego, New York, earned the Sunoco Rookie the Year Award.