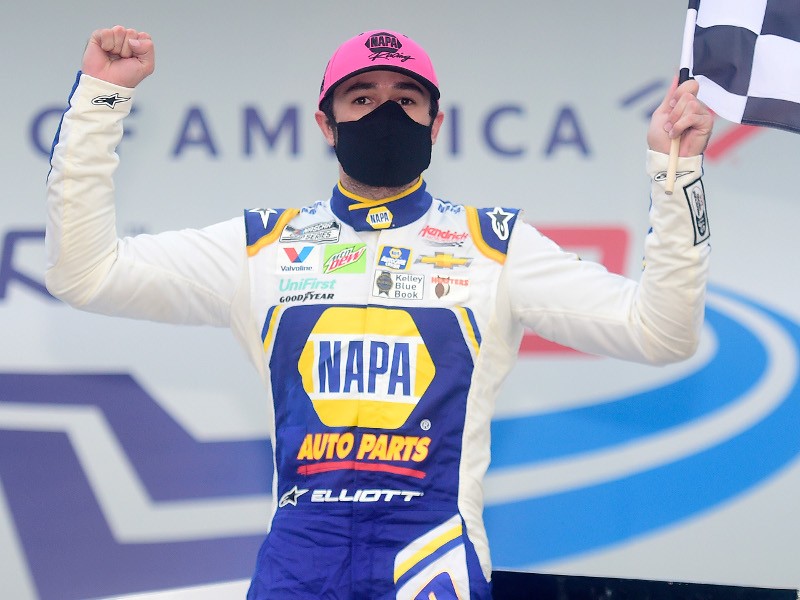 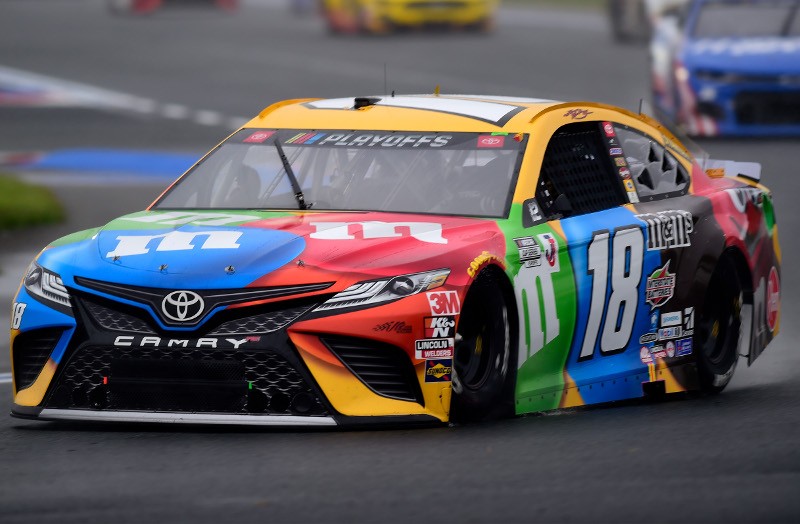 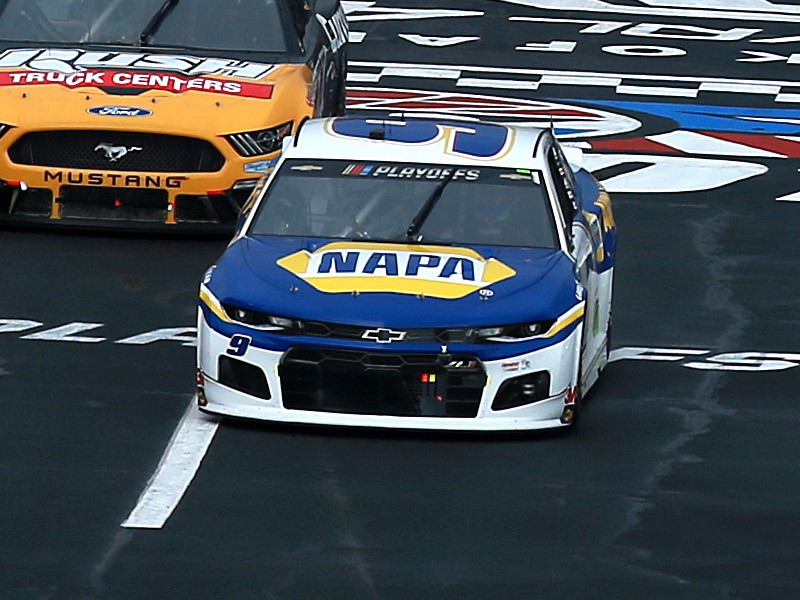 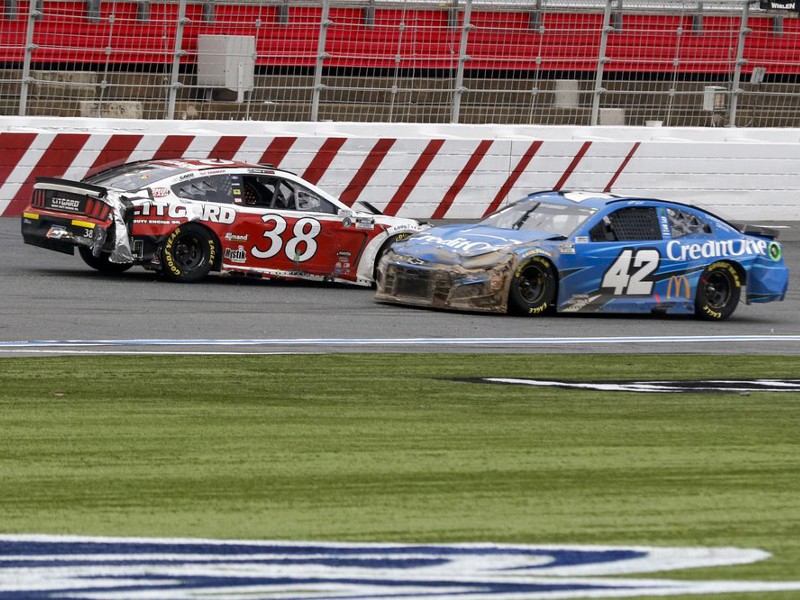 Defending NASCAR Cup Series champion Kyle Busch threw in everything but the kitchen sink in a bid to punch his ticket to the next round of the playoffs, but the gamble didn’t pay off as the two-time champion saw his title hopes slip away in the final 20 laps as Chase Elliott powered to his third victory of the season in Sunday’s Bank of America 400 on the infield road course at Charlotte Motor Speedway.

After fighting his way from the rear of the field following an unscheduled stop for a loose wheel mid-way through the race, Elliott passed race leader Erik Jones with 18 laps to go to take over the top spot and then held off Jones on a final restart with 10 laps to go to take the checkered flag and secure his spot in the next round of the Cup Series playoffs.

Sunday’s race on the infield road course started off wet – but not nearly as wet as Saturday’s Xfinity Series race – marking the first time since 1956 that the Cup Series had raced in the wet with rain tires.

But whether wet or dry, Elliott proved he’s a road-course master.

Sunday’s victory was the ninth of the Dawsonville, Georgia racer’s career and his second-straight on the road course at Charlotte, giving him four-straight road course victories dating back to last August at Watkins Glen – tying him with four-time Cup Series champion Jeff Gordon.

“Just excited to have some momentum going into the next round. Wins are huge. Too hard to get to get picky with them. Looking forward to the opportunity, trying to make some noise and move on.”

Kyle Busch entered Sunday’s race ninth in points and 21 points from the cutoff, needing nothing less than a victory in order to keep his playoff hopes alive.

Busch was behind the eight-ball since the drop of the green flag, weaving through traffic to try to work his way to the front.

Toward the end of the second stage, Busch cut a tire after contact while fighting for position and fell all the way back to the rear of the field.

After working his way into the top five toward the end of the final stage, Busch and his team gambled an elected to stay out following a caution flag with 23 to go, putting Kyle out front ahead of Christopher Bell, Denny Hamlin, Jones, Blaney and Elliott.

Despite grabbing the lead on the restart, Busch stood no chance against cars with fresher tires and was passed for the lead by Jones in just two laps. Busch would then be passed by Elliott, who tracked down Jones on lap 92 to take the lead.

Busch would run out of fuel with two laps to go and would eventually limp home to a 30th-place finish, some 49 points below the cut line.

“Just trying to get everything we could get. You come into a race like this and you throw a couple Hail Mary’s and they rarely work, especially when you don’t have the car,” said Busch, who is still without a win in 2020. “We knew it coming into this round that this was going to be the hardest round for us to get through. Pretty much impossible and it was. We weren’t able to make up enough or get a win. We’ll just have to fight for a win here the rest of the year.

“It’s just been the year. Nothing has played out and been on our side. It’s just been unfortunate circumstances, a lot of bad luck.”

Clint Bowyer was another of the playoff drivers on the outside looking in and needed a victory to advance, but ended up among the four drivers bounced from the playoffs after losing power steering following contact late in the race.

Bowyer, who announced earlier this week that he was retiring at the end of the season, finished 10th and briefly went to the infield care center after the race.

“I’m good. Was definitely outta gas,” Bowyer tweeted after the race. “Another couple three laps and I’d have been on the ground after the race crappie floppin’. Self inflicted. I shouldn’t have knocked the power steering out.”