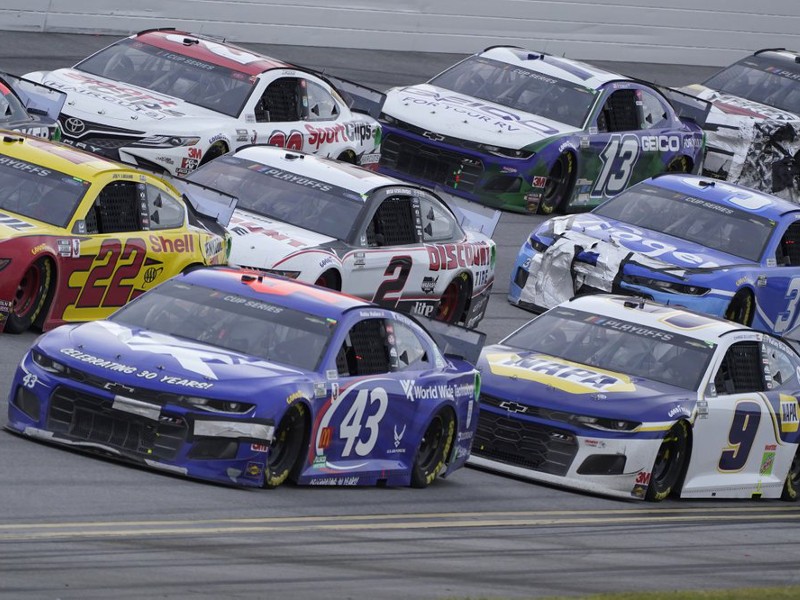 CHARLOTTE, N.C. (AP) — Justin Marks tried three times to buy the NASCAR equivalent of a franchise license that guarantees a car a spot in each week’s race. Twice he was outbid, he said, and a third deal fell apart.

Without that charter, Marks had almost no chance to get his team on track in 2021. He ultimately had to lease one from another organization to become the second new NASCAR owner to announce a team in the last month.

As NASCAR plans for the 2022 cost-cutting introduction of the “NextGen” new car, the demand for charters has soared. At least three have been sold since August — ownership records of each charter are not updated by NASCAR until the start of a new year — and the bidding process has been frenzied.

The environment has dramatically changed in the three years since Furniture Row Racing folded its team and put its championship-winning charter up for sale. Barney Visser struggled to find even a single bidder and Spire Sports + Entertainment, the agency Visser was using to broker a sale, gambled and bought it themselves.

The charter system debuted in 2016 to create tangible worth for team owners who in the previous independent contractor market had only inventory, equipment and possibly real estate to show for their NASCAR participation. If they went out of business, there was little recourse to recover any investments.

The 36 charters guarantee entry into every Cup race, and therefore a portion of the purse. The charters can be sold on the open market and also leased to another team for one full season. The value of a charter is based on the car’s performance under a formula in which the purse is divided so that a higher percentage is awarded to the top teams.

A charter buyer can guarantee the purchase price will be eventually be recouped in purse payouts, which lowered the risk for Spire when it entered team ownership. Two years after buying Visser’s stake in the sport, Spire Motorsports has acquired two more charters.

Spire bought its second charter from Leavine Family Racing in August, and has since acquired a third for 2021 but its origin has yet to be disclosed.

It was that third charter that Marks was able to lease from Spire to start his team next year.

Denny Hamlin has also entered team ownership and explored several charter opportunities before he and Michael Jordan last month bought out Germain Racing. Hamlin, as Spire had done two years ago, studied the economics of NASCAR’s planned new car and determined team ownership will be more affordable in 2022.

The NextGen car was supposed to debut next season but has been delayed a year by the pandemic.

NASCAR for two decades has been dominated by five organizations with aging owners and little interest from new participants. Roger Penske is 83, Joe Gibbs is 79, Jack Roush is 78, Richard Childress is 75 and Rick Hendrick is 71.

But the charter system for the Cup Series and NASCAR’s effort to make racing more economically feasible has successfully lured young new participants. Jeff Dickerson and T.J. Puchyr, co-owners of Spire, are in their 40s; former driver Marks is 39 and Hamlin, still actively competing, turns 40 next month.

All have gambled the economic reset with the NextGen will make their investments whole.

Busch isn’t convinced and can’t figure out why Hamlin and Marks would enter ownership in 2021 before the new car.

“I don’t know how the model can be sustained with these new owners coming in, especially new ones coming in right now for next year knowing that they have to buy old, useless inventory and then essentially scrap it,” Busch said. “That to me makes absolutely no sense.”

Dickerson said Busch is correct in his assessment but argues that’s the point — the model is broken and that’s why Spire was the only interested buyer when Furniture Row sold its charter in 2018. But the NextGen will be a kit car with spec parts from distributors, reducing the labor required to get to the track.

“It isn’t a coincidence that we were the only one standing on (Furniture Row) in 2018 and now with the NextGen car and model that NASCAR is rolling out, there is a robust market for charters,” Dickerson said.

“There is significant interest from groups outside the sport trying to get a foothold in NASCAR, and perhaps the best proof is that teams like ours, or Denny and MJ, or Trackhouse, are all willing to spend the gap year investing in our programs, in soon to be somewhat obsolete equipment, just to be ready for 2022.”