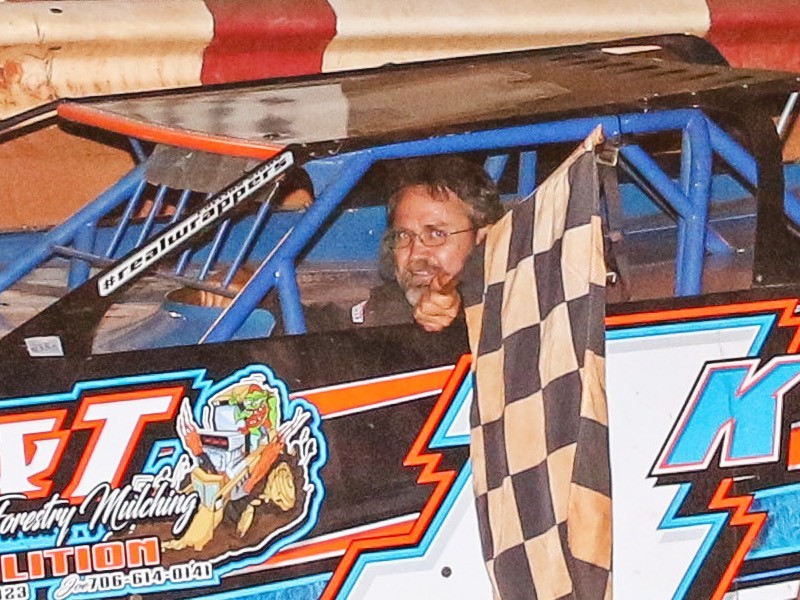 The Winder, Georgia native went largely unchallenged as he drove to the win at the 3/8-mile raceway.

Lampp started on the outside of the front row, alongside pole sitter John Anderson. On the drop of the green flag, Lampp got the advantage on Anderson as the two raced into the first turn. As they leaders powered down the backstretch, Lampp pulled to the lead.

Anderson would soon come under fire from third place Nick Sellers, as the two battled back and forth over several laps for the runner-up position.

Following the only caution of the event, Lampp drove back out to a healthy lead, while Sellers used the high line to finally make his way around Anderson for second.

Up front, everything went Lampp’s way, as he drove to the victory. Sellers finished in second, with Anderson in third, Brandon Roberts in fourth, and Dustin Cason in fifth.

In other action, Nick Sellers bettered his finishing position by one in the 602 Hobby feature, as he edged out Michael Lewis for the victory. Cade Cagle followed in third, with Alex Yarbrough in fourth and Joe Yarbrough in fifth.

Wormy Gaddis topped the Stock V8 field to score the victory. Mark Chancey finished in second, with Jr. Carter rounding out the podium in third.

John Harrison recorded the victory in the Stock 4B feature, with Nathan Conner in second, followed by Keith Guy in third, John Shelton in fourth and Stephen Bradshaw in fifth.