Thornton, Jr. gets first LOLMDS win at The Pittsburgher 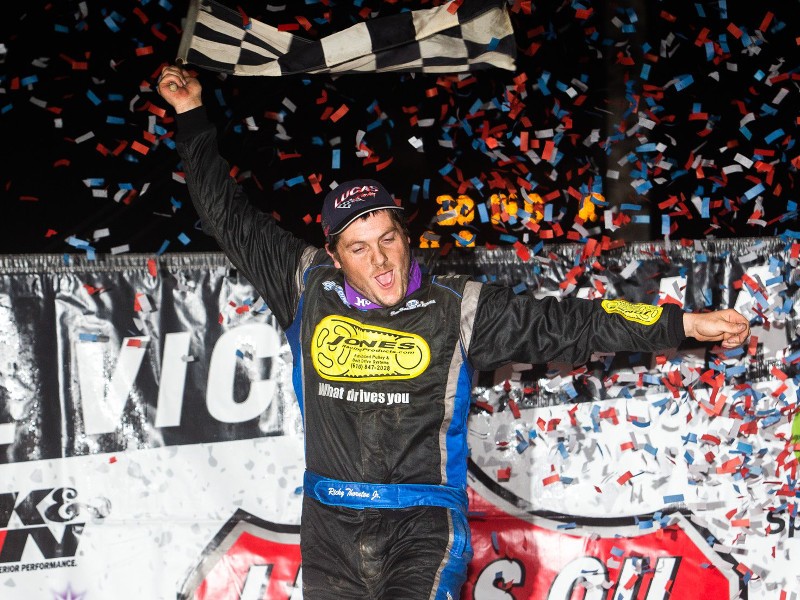 Thornton took advantage of several restarts in the final 18 laps as he went unchallenged to score the $20,000 victory. With the win Thornton became the 20th different winner this year on the LOLMDS tour. The all-time series record is 22 different winners in one season.

Devin Moran led the first 16 laps of the race until Josh Richards took over the point. Richards held the lead until Moran regained the lead on lap 36. The first caution of the race waved with 40 laps complete as the previously announced fuel stop would take place. Under the red flag, Richards, who was running second, had a tire going flat. Richards and several other competitors headed to the hot pit to change tires before the green came back out again.

Thornton inherited the top spot on lap 82 when the top two drivers in the race, Moran and Tim McCreadie, both headed to the hot pit to change flat tires. Moran had brought out the caution for his flat while leading. McCreadie picked up the race lead but his right front tire was going down forcing him to pit as well before the restart.

Several restarts over the final stages of the event allowed to Thornton to stretch his lead over the field en route to the win.

“I think we were the only ones going hard on tires,” said Thornton. “We flipped a coin to determine what we were going to run. During that fuel break Taylon (Center) was looking at everyone else’s tires and he said there is no way they were going to make it all 100 laps without having some problems. It all worked out for us.”

Richards finished in second, with Earl Parson, Jr. in third, Stormy Scott in fourth and Michael Norris in fifth.