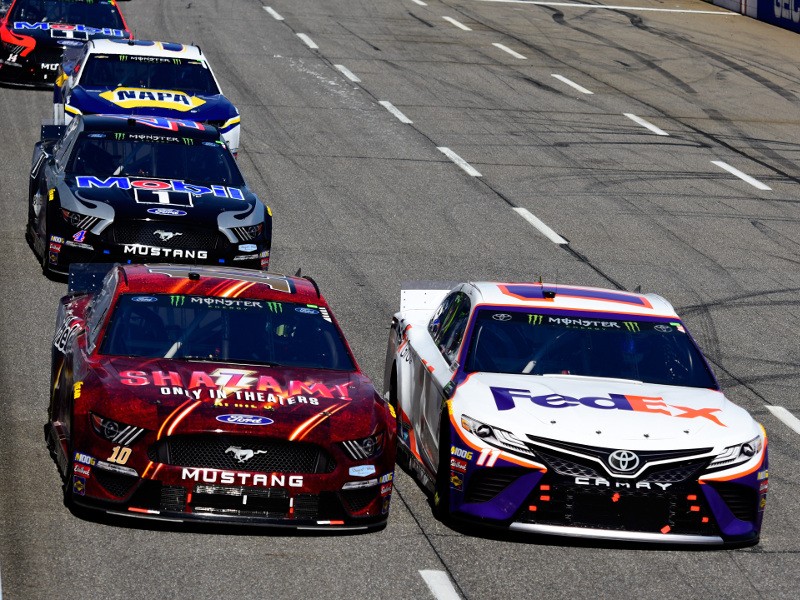 NASCAR has adjusted the 2020 NASCAR Cup Series technical package for road courses and race tracks measuring 1.058-miles or less in an effort to improve racing on short tracks and road course circuits.

Eight venues – from the Bristol half-miler and Phoenix mile to the Sonoma and Watkins Glen road courses – will feature a new look this season that includes a smaller spoiler (2.75 inches vs eight inches), smaller splitter (0.25-inch overhang vs. two inches) and radiator pan modifications.

The sanctioning body has, for years, been willing to adjust its technical rules in the spirit of competition and worked closely with teams in analyzing data that supports these new rules that are closer to the regulations of the 2018 season.

In 2018, for example, both races on the Bristol Motor Speedway high-banked half-mile were decided by less than a second. Kyle Busch’s .628-second win over Kyle Larson came in the spring and Kurt Busch scored a .367-second victory over Larson in the fall.

Joey Logano edged Denny Hamlin to the line by a scant .107-second for his fall Martinsville Speedway short track win in 2018 and both the 0.75-mile Richmond Raceway trophies were determined by less than a second: Kyle Busch’s .511-second victory over Chase Elliott in the spring and his .777-second win over Joe Gibbs Racing teammate Denny Hamlin in the fall.

The modifications for the short tracks and road courses announced by NASCAR on Tuesday will be more reminiscent of the technical guidelines from 2018. NASCAR is confident this package designed for short tracks and road courses will produce the same compelling competition as seen on intermediate and larger tracks last season – which saw an increase in green flag passing for the lead in 23 races.

“Our goal has always been to provide the best possible racing for our fans, regardless of venue,’’ NASCAR Executive Vice President and Chief Racing Development Officer Steve O’Donnell said in announcing the technical modification.

“The 2019 Cup Series race package delivered some of the most exciting races on intermediate and larger tracks that our sport has seen, however, we felt we could make improvements to short tracks and road courses.

“We believe we have found the right balance for 2020 that will allow teams to build off their previous knowledge of this package and showcase exciting side-by-side racing at tracks of all sizes.’’

“We ended up in a really good place I think for short tracks and road courses in 2020,’’ O’Donnell said, adding, “I really applaud the teams for working together with us to going back to a package that we know works. The drivers had asked for that low downforce package as well at the short tracks. We’re going to see that.

“The fans have wanted that and asked for it and we’re going to deliver on those tracks that are outlined and think it will certainly make an impact on the racing and hopefully be a big improvement for 2020.’’