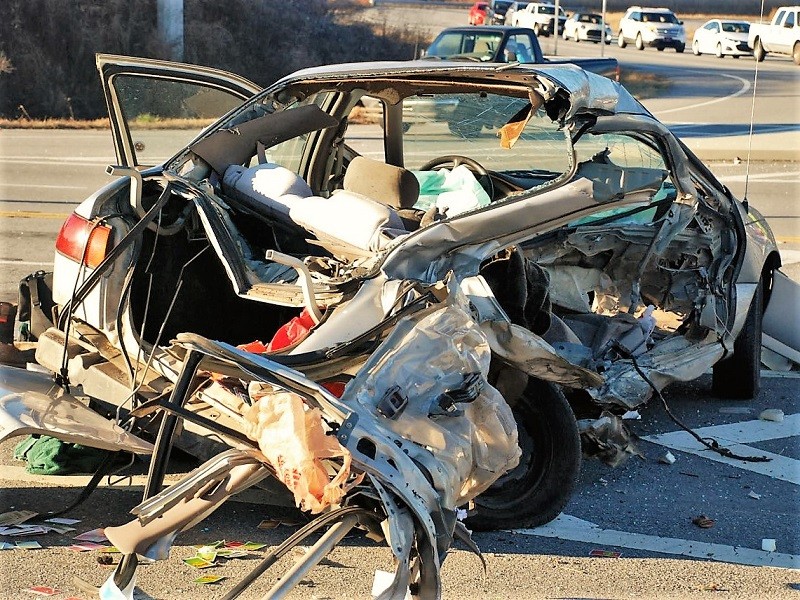 This 1998 Nissan Sentra is heavily damaged after the wreck.
Dean Dyer 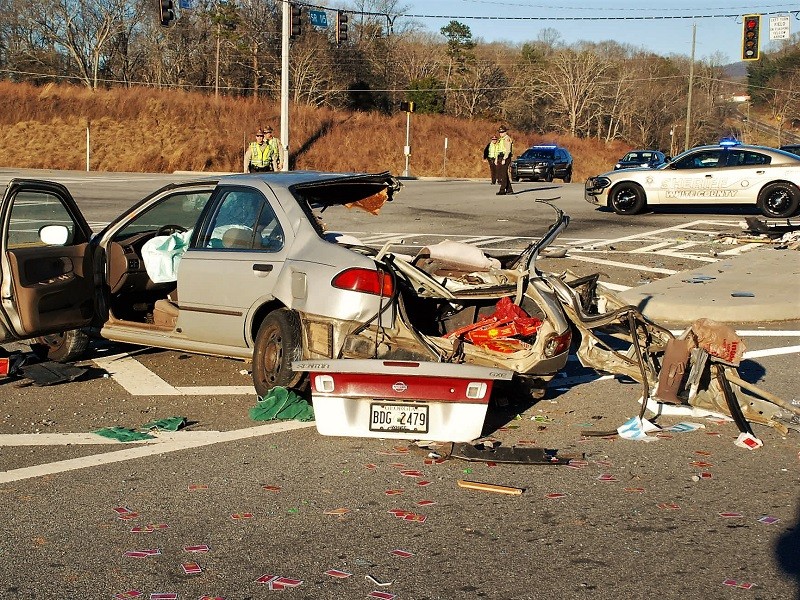 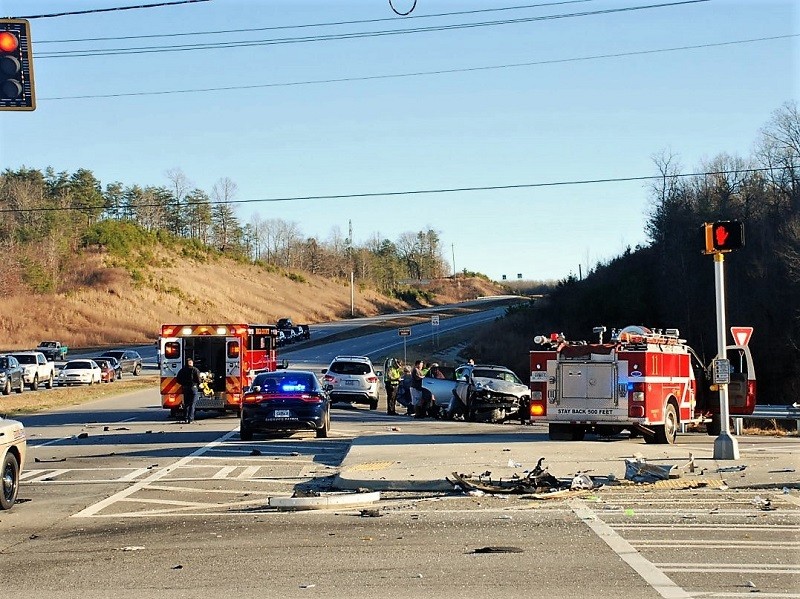 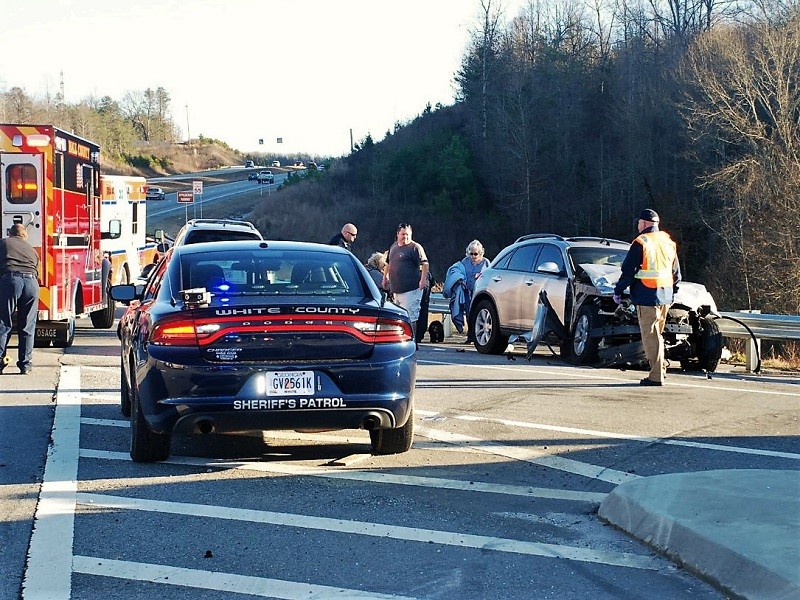 CLEVELAND – Despite how it looked, a two-vehicle wreck west of Cleveland Tuesday afternoon did not result in serious injuries.

The wreck happened at 3:58 p.m. on Ga. 115 West at Appalachian Parkway, according to White County Sheriff’s Office.

A 1998 Nissan Sentra driven by Johnathan Pugh, 25, of Cleveland was traveling west on Ga. 115, entered the intersection disregarding the red traffic signal and was struck in the passenger side by a 2004 Infiniti FX35 driven by Nivia Calcinore, 62, of Hiawassee, according to the accident report.

Calcinore’s vehicle spun around multiple times, coming to rest against a guardrail on Appalachian Parkway. Pugh’s vehicle also spun around and came to a stop on Ga. 115.

Both drivers complained of injuries and were transported to Northeast Georgia Medical Center for treatment.

Pugh was charged with failure to obey a traffic control device and no seatbelt, according to the report.