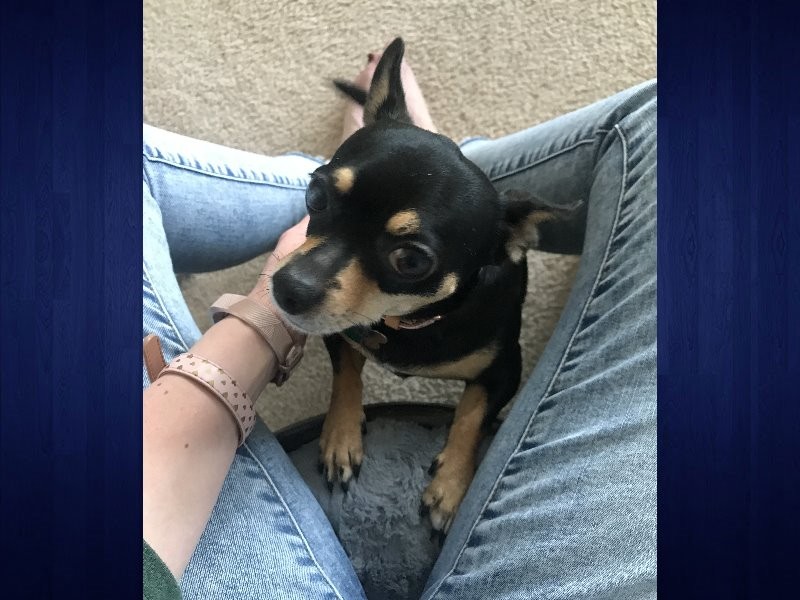 This pupper struggles to jump in to what we call "The Cat's Chair."
Alyson Shields
Related Articles
My word of 2020What I really want for ChristmasSticking the verbal landingThanksgiving 2019: All fun and games, part two
Contact Editor

So, it’s not like I thought it would be entirely.

I’ll admit, I thought it would be easier. I thought the training would take less time. I thought I could shove my new dog in a purse and tote her everywhere, sharing frozen yogurt from the same spoon and getting Pupichinos from the local coffee shop drive thru.

As I reflect on the past year and a half with Smidge, I realize she’s not exactly what I was expecting.

For starters, Smidge willingly wears clothes, even the little Sherpa booties I got her for Christmas. She usually feels much better on a chilly day with her favorite fleece hoodie, and can take it off herself when she gets too hot. I thought I would dress Smidge up more often, but I usually only bundle her up on walks or at home, partially because those willing to risk their hands to pet her have a better chance if they pet her on the back. She still accepts pets through her little t-shirts and dresses and whatnot, but I’d rather her get the full petting experience.

I also wanted Smidge to watch out for me. Boy, did I get that. Smidge has clung to me like superglue since she first jumped into my arms that sticky June afternoon. She has chased off pets and humans alike while on walks and errands, not only saying “Hey, back off!” but also “This is MY human and you’d better watch it, punk!” effectively making enemies and some frenemies wherever she goes. I was hoping Smidge would get along with other dogs more easily, and be able to socialize with my friends and their pets on first meetings. But she’s a bit more guarded than that, and her first priority is protecting her mama, a.k.a. her number one caretaker and resource.

Yes, I am the greatest weapon in Smidge’s arsenal. Without me, she fights for her food. Without me, she shivers through a cold night. Without me, her nails are too long and her coat is dirty. Without me and my magic drops, her eyesight remains foggy and clouded, making every foreign sound something to be fearful of.

When I am frustrated at myself for not magically being able to “fix” my dog’s problems, she is overjoyed at the love, protection and discipline I show her. Just this weekend she was able to bypass two strangers taking up the sidewalk without as much as a blink. Over the holidays, she learned the proper way to sniff another dog to say hello – and let them sniff back! Smidge isn’t tracking her progress like I am. She is learning new behaviors – her ABC’s and 123’s, so to speak – and she won’t always get them right. She is giving it her effort. Now it just takes time. 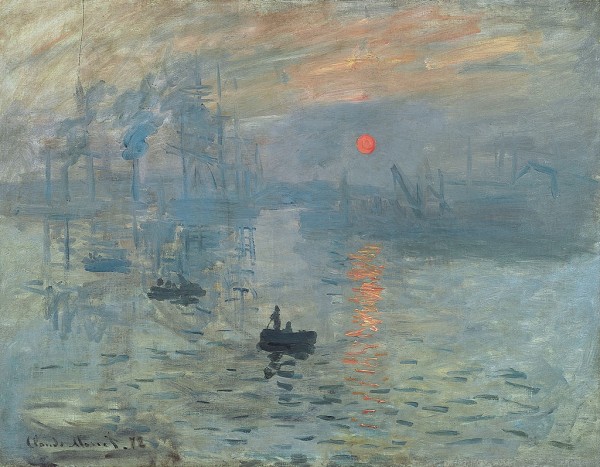 My word of 2020
There’s a whole thing about picking a word for each new year. It’s supposed to set the tone, inspire you and generally steer things in your direction.
By Alyson Shields 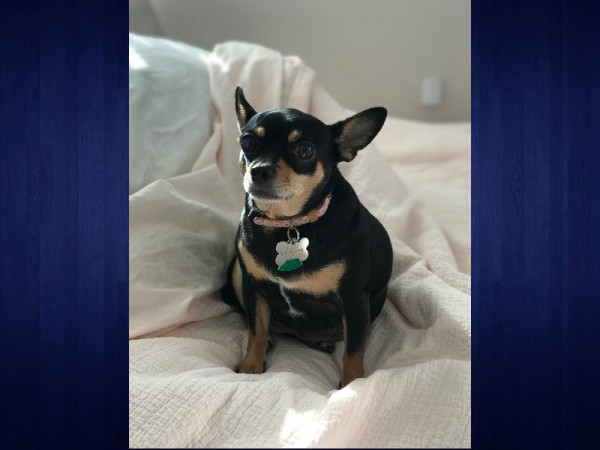 What I really want for Christmas
I make a Christmas list every year for my family, but this year it was so hard. It felt diluted. I tried to make it humorous and a little vague. I just didn’t know how to share what I really wanted.
By Alyson Shields 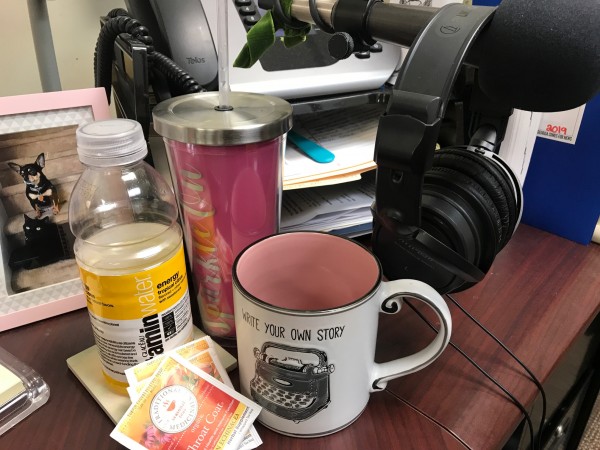 Sticking the verbal landing
In the real world, everyone has their preferred drink. For example, I’ve been sipping on Vitamin Waters since high school, in college I would drink multiple ones in a day, and now I limit myself to exactly one Vitamin Water – Energy Citrus flavor per work shift. My mom likes those Sparkling Ice things. One of my besties always pops a La Croix at the movie theatre when we go out.
By Alyson Shields 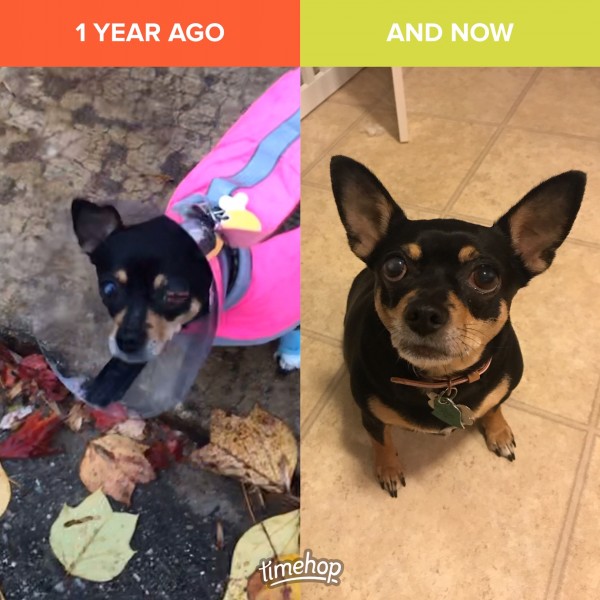 Thanksgiving 2019: All fun and games, part two
Baby’s First Thanksgiving meant Smidge gleefully hovered around Dad’s feet as he carved up the turkey, smattering little bits of meat and juice on the floor.
By Alyson Shields 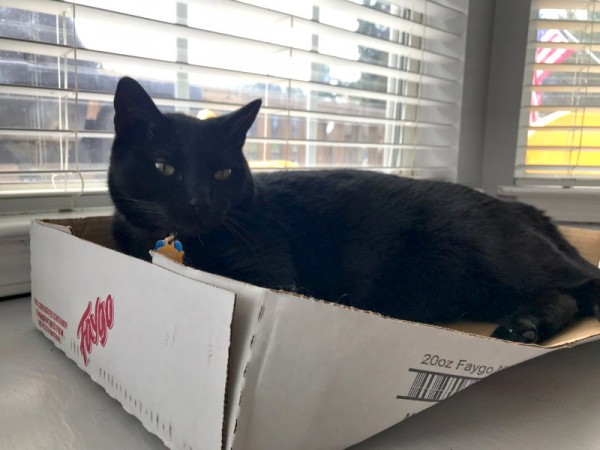 Peace and tranquility is a cat in his favorite cardboard box while his hooman drinks a soda
Cairo was tickled we had brought him a gift. No, not a Redpop. The box.
By Alyson Shields
Privacy | User Agreement | Contact | Advertise With Us
2020 © Jacobs Media Corporation. All rights reserved. EEO Report. Website by Full Media
Login / My Access
close
Search