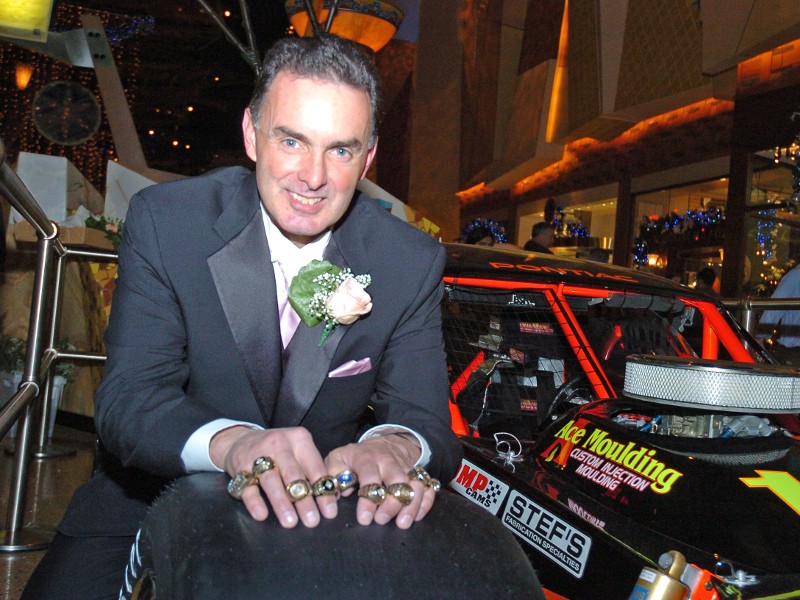 “Mike Stefanik was one of the most successful drivers in NASCAR history, but even more so, he was a true representative of our sport,” NASCAR Chairman and CEO Jim France said. “His tough, competitive nature and excellence on the race track won him the respect and admiration of fans and competitors alike. His career stretched more than 30 years, bridging the generations between Jerry Cook and Richie Evans to our current drivers. He recorded achievements in this sport that are likely untouchable, and his legacy as a champion will endure. We will keep his wife Julie and his family and friends in our prayers.”

Stefanik’s nine overall NASCAR championships tied him with NASCAR Hall of Famer Richie Evans for most in NASCAR history.

Stefanik also won rookie of the year honors at age 41 in the NASCAR Gander Outdoors Truck Series in 1999, finishing 13th in points in his only full season in the series.

He was a six-time nominee for the NASCAR Hall of Fame.

Stefanik had 12 wins and 65 top fives in 164 East starts, finishing second in the championship points in 2005 in his last season in the stock-car series.

It was the Modifieds where he really made his legacy.

He competed on a limited schedule in tour’s inaugural season in 1985, finishing fifth in his debut at Connecticut’s Stafford Motor Speedway. He capped his storied career with four starts in 2014, finishing with a 10th at New Hampshire Motor Speedway.

In 1998, Stefanik won 17 times in one season between the NASCAR Whelen Modified Tour and NASCAR K&N Pro Series East, a year where he also won the championship in both series. He is the only driver in NASCAR history to accomplish that feat once. And Stefanik did it in back-to-back seasons.

He captured his last tour championship in 2006, but finished in the top 10 in points in five of seven seasons that followed.