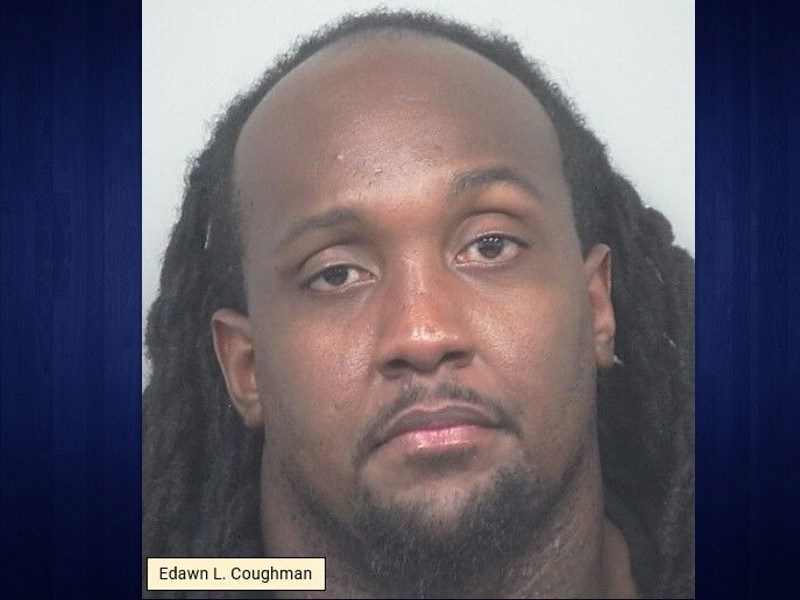 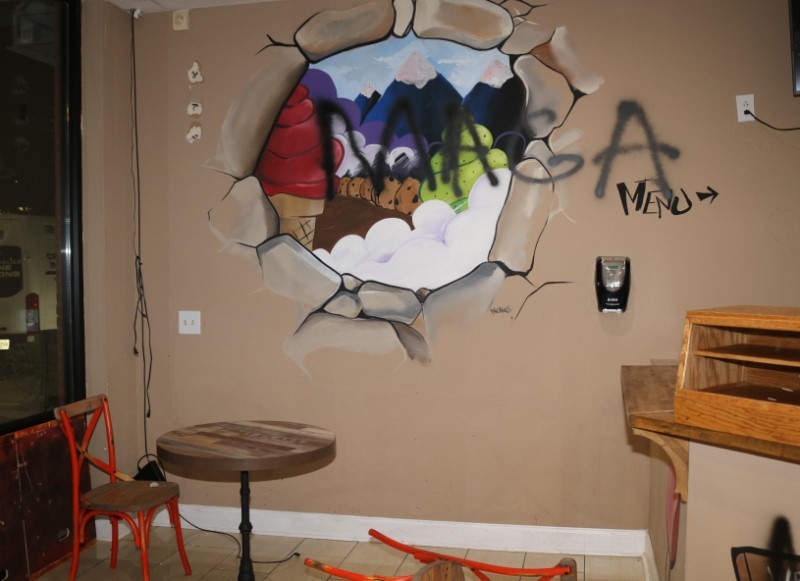 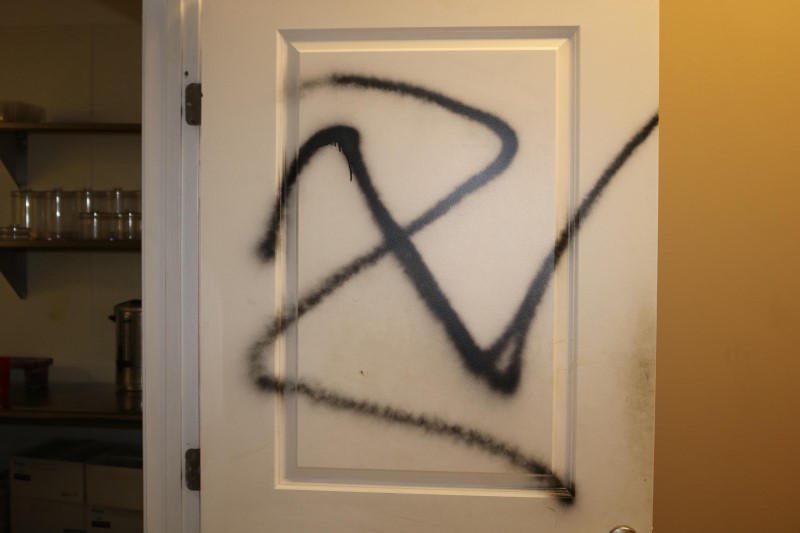 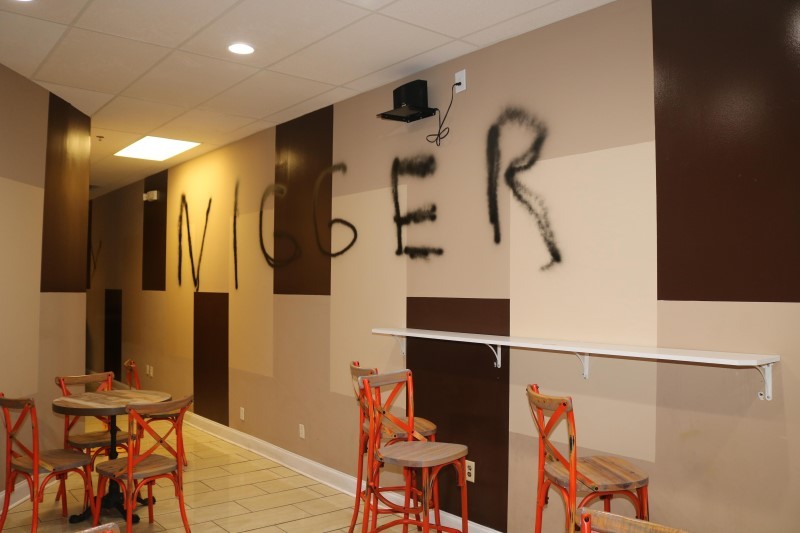 LAWRENCEVILLE, Ga. (AP) — A Buford man trashed his pizza restaurant and ice cream shop in Gwinnett County to fake a racially motivated burglary so he could file an insurance claim, police said.

Gwinnett County police officers responded just before 9:30 p.m. Wednesday after a 911 call reporting a man damaging the businesses on Duluth Highway in unincorporated Duluth, according to a Friday news release. The caller said the man was driving a black Chevrolet Silverado without a license plate.

Officers stopped a truck matching that description as it was leaving the shopping center and noticed televisions attached to brackets with damaged drywall in the back, the release says. They learned the driver, 31-year-old Edawn Louis Coughman, owned the Create and Bake Restaurant and Coughman's Creamery.

A back door of one of the businesses had yellow pry marks, and officers saw swastikas, "MAGA" and racial slurs on the walls inside in what appeared to be fresh black spray paint, the release said. Some of the booth cushions were sliced open, mirrors were broken, wires were cut and a video surveillance system was broken.

After getting a search warrant for Coughman's truck, officers searched it Thursday afternoon and found a yellow crowbar and cans of black spray paint.

Police said it appears Coughman planned to make it look like a hate crime had been committed and to file an insurance claim while also selling the undamaged electronics and appliances.

Police said Coughman has bonded out of jail.