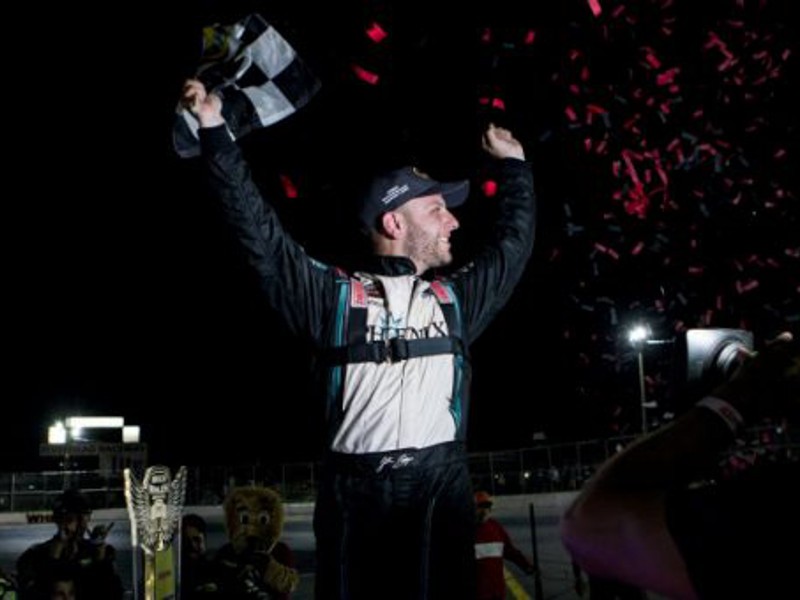 RIVERHEAD, N.Y. — Another track, another streak for Justin Bonsignore.

He took the lead from Timmy Solomito on a restart with 11 laps to go, and held off Solomito in overtime to score the win.

It was the fifth victory of the season for Bonsignore, and his 25th career in Whelen Modified Tour competition. He’s the only driver in the 64-race history at the track to win four straight, breaking a previous tie with Mike Ewanitsko and Ryan Preece, who both had three. The win also helped Bonsignore close the gap in the championship standings with just three races remaining.

“Anytime we come here, we want to win. We love coming home,” Bonsignore said. “I’ve just been really fortunate with good cars here with Ryan (Stone, crew chief), to be able to win four in a row.”

Bonsignore’s path to Victory Lane saw him fend-off another local favorite. He started second, but dropped to the bottom of the top five early, and had to spend much of the middle of the race charging back through. Former track champion Tom Rogers, Jr. led from laps 32 to 124, driving away from the field before a caution flew just after the halfway point.

Rogers would struggle to keep his podium running spot, while Solomito took control of the race out front on lap 146, and Bonsignore followed by Rogers shortly after. Bonsignore would chase down Solomito as the two cut through lapped traffic, but didn’t quite seem to have the run to try and get around.

But a caution with 16 laps to go changed that.

Bonsignore worked the outside of Solomito on the restart, and was able to clear him for the top spot. He would have to hold his ground as the leader during two final restarts, but was able to accomplish the task.

After starting inside the top five, contact between Bonsignore and Doug Coby sent Coby spinning early. The points leader would charge back into the middle of the top 10, but after contact in the final corner, he spun again, and finished 15th.

Coby leads Bonsignore by 19 points in the standings, while Ron Silk is third, 45 back.

The NASCAR Whelen Modified Tour returns to the track for the Musket 250 at New Hampshire Motor Speedway as part of the second Full Throttle Weekend on Saturday, September 21.