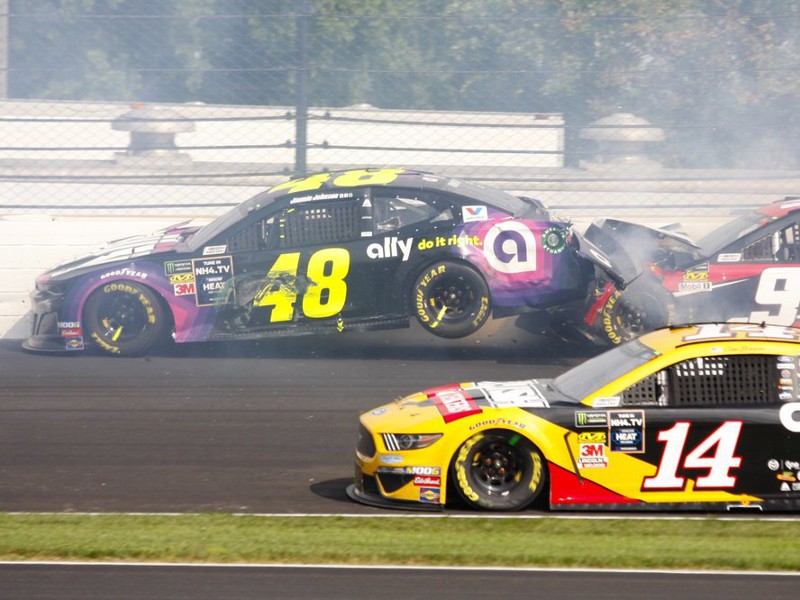 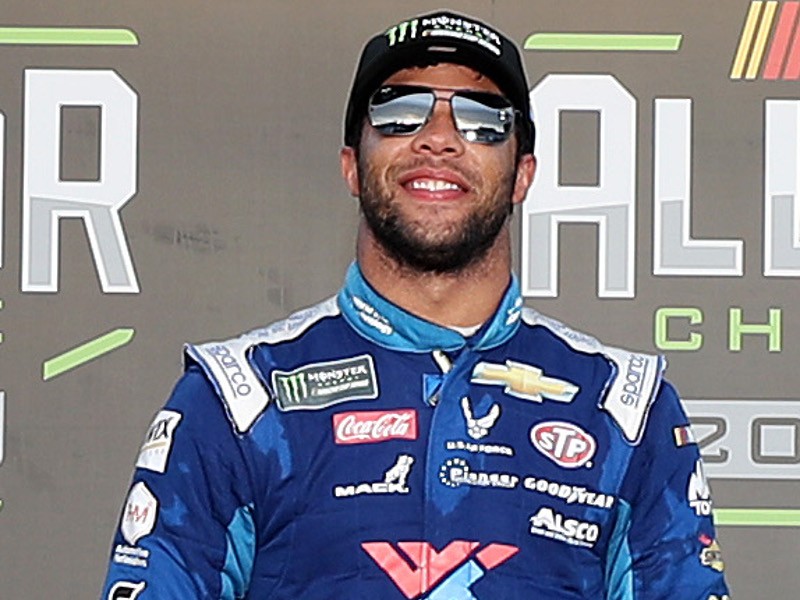 A crash on lap 105 of Sunday’s Brickyard 400 – the regular season finale – took him out of the race and ended his last shot at championship eligibility.

It was clearly not the meeting with the press Johnson had hoped to be having.

“Yeah, it’s really disappointing,’’ Johnson said. “Unfortunately, we had a bad 25 races that led to the position we’re in here today and we needed a stellar day.

“I think we were having a strong day. I’m really proud of my team with what’s been going on. The No. 1 car (Kurt Busch) had a little trouble on the restart. I’m in on the inside going into the corner and it was just super tight. It’s unfortunate that happened. Certainly, it’s not what we needed on that restart. I couldn’t go below the white line and kind of got snipped there and turned around; and around and round we go.’’

Johnson’s 35th-place finish was his worst showing since a 39th-place result in 2007 at the historic Indianapolis track, where his four race-winning trophies remain most among the current field of competitors.

The result landed him 18th in the standings after the race – last among a foursome that came to Indy to settle the two final positions in the 16-driver Playoff field. Clint Bowyer’s fifth-place effort and Ryan Newman’s eighth-place work were good enough to propel the veterans into the crucial 15th and 16th positions in the Playoff lineup. Third-year Cup driver Daniel Suarez finished 11th and missed the Playoffs by a mere four points to Newman.

This is the first time since NASCAR introduced the Playoff system in 2004 that Johnson failed to make the postseason.

Even in the frustration and disappointment, however, the seven-time Cup champion and 83-race winner offered a hefty dose of perspective that only someone like he could provide.

“I’m not stoked by the situation at all, but I am impressed that we’ve been in 16 consecutive Playoffs in a row and I’m not sure anyone else has done that. Our record doesn’t stink. I wish we could have kept it going, but life goes on.’’

Even in his disappointment, Johnson was able to look forward and upward.

“Well, first of all, I think it’s pretty impressive the run we’ve been on to be in the Playoffs for this many consecutive years,’’ Johnson said. “I’m not sure who is close, but I don’t think they’re very close. So, we have that to be proud of.

“Sure, we wanted to continue on, but the goal is to win a race. This team is getting stronger each and every week and (crew chief) Cliff Daniels is doing an amazing job of leading this group and we’re ready to roll. We’ll dust ourselves off and go to Vegas and try to get a trophy.’’

“There’s still 10 races to go win and we can still climb higher in points,’’ Johnson added. “More importantly, this team has so much momentum and brotherhood right now and we need to cultivate that and get us set up for 2020.”

As Johnson was driving his badly damaged No. 48 Hendrick Motorsports Chevrolet off the track and into the garage, his crew chief Daniels – who is only four races into that position – reminded the team, “Our team is too strong,’’ Daniels reminded. “Keep your head up.’’

Johnson said he hadn’t had a chance to speak with Daniels yet, but was clearly upbeat about the team’s future. After speaking with reporters, he climbed onto a waiting golf cart and rode off to applause and cheers from fans who had gathered nearby.

As Johnson had assured reporters only moments earlier, “The fire’s there. This team inspires and motivates me. These guys really want to perform and it’s a great thing.’’

It was the kind of day Darrell Wallace, Jr. had likely pictured as a kid – a triumphant performance on one of racing’s brightest stages.

His third-place finish in Sunday’s Brickyard 400 was his best showing since a runner-up finish in the 2018 season-opening Daytona 500.

Certainly, Wallace knows where to make an impact, but he’d love to have even more of these “wow” days in the iconic No. 43 Richard Petty Motorsports Chevrolet. Sunday was a strong statement that Wallace and the team are gelling.

“It was a good day for my team, we needed this, we needed this weekend,’’ said Wallace, who took the checkered flag just behind a pair of NASCAR Playoff contenders, race winner Kevin Harvick and reigning series champion Joey Logano, who finished second.

This race outcome was no fluke for the Petty team. Wallace was fast from the time the car was unloaded at the Indianapolis Motor Speedway. He was fifth fastest in opening practice Saturday and answered it with a 16th- place run in the second practice. He then went on to start 15th in the Brickyard 400 after a rare race morning qualifying session.

So understandably, Wallace was optimistic – even confident – about his race chances.

“I was bragging to everybody saying this 43 could be kissing some bricks Sunday afternoon,’’ Wallace said. “We were just shy of it. It’s incredible to think about. Where the season started and where we were 10 races in, but ever since Charlotte, we’ve been bringing some heat.’’

After scoring only a single top-20 finish through the opening 17 races of the season, the No. 43 team has found speed and reason to look forward to the remaining 10 weeks left in the season.

He’s had two top-15 finishes in just the last three races – including a 14th-place run at Bristol Motor Speedway three weeks ago. And after a headline-making rookie season where he finished runner-up at Daytona, Wallace has been adjusting to the increased level of competition while running for a small single-car team.

“It’s just the passion and the drive my team has,’’ Wallace said. “It’s a blast coming to the race track and being away from the race track with my guys.