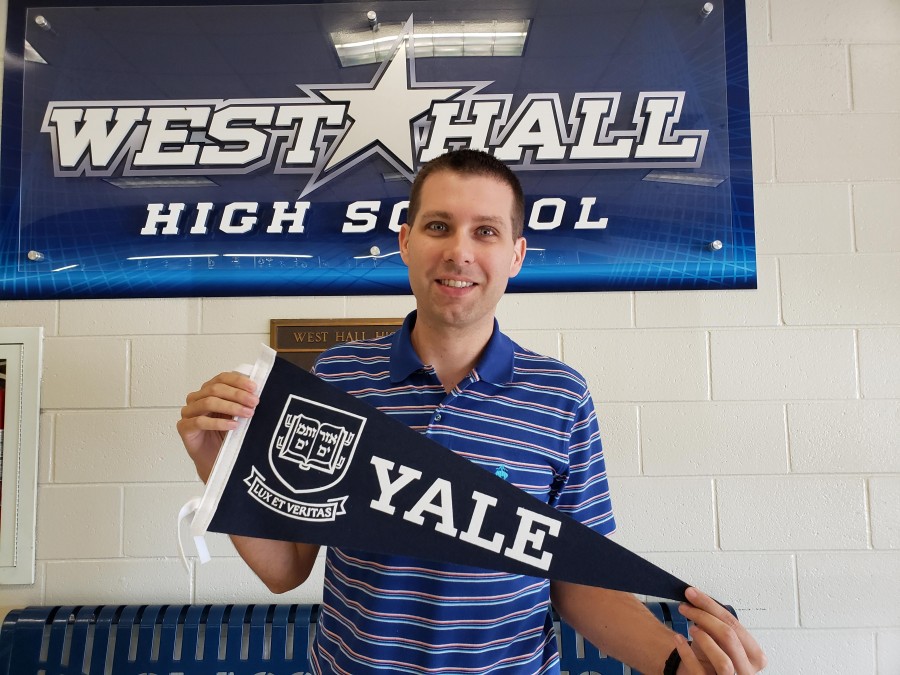 Yale University has recognized a West Hall High School teacher as a recipient of the 2019 Yale Educator Award.

According to a press release by the Hall County School District, the award recognizes educators from around the world who have inspired and supported their students to perform at their fullest potential to achieve excellence.

Students entering the Yale class of 2023 were asked by the university to nominate educators who have impacted their lives. Matt Phillips, who works in social sciences at West Hall High School, was nominated for the award by a former student, Vanessa Nunez, who was selected by a committee in the Office of Undergraduate Admissions.

Phillips joined 311 nominees who represent 40 US states and 23 countries. According to the press release, 55 teachers and 18 counselors were selected to receive the award.

The district congratulates Phillips and thanks him for his commitment to character, competency and rigor for all his students.