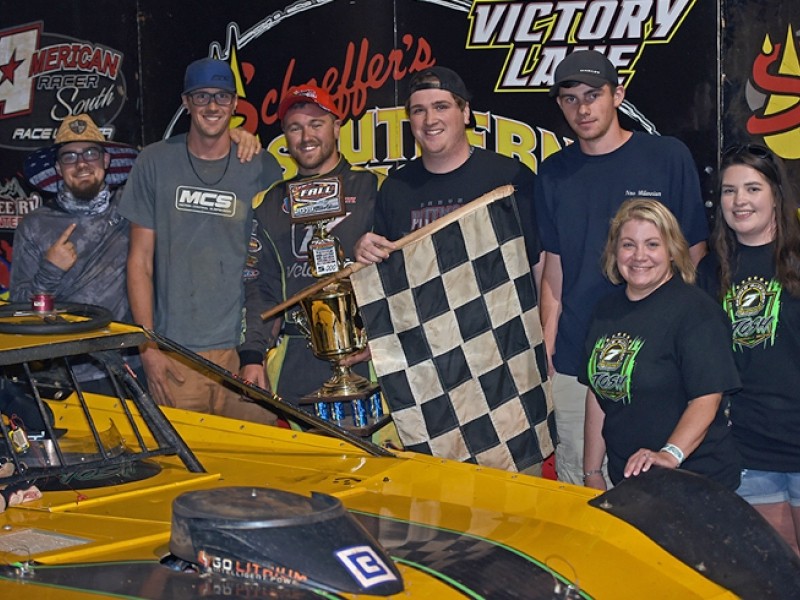 The Dawsonville, Georgia racer took home a $5,000 payday with the win.

Dane Dacus followed in second, with Pierce McCarter in third, Brad Skinner in fourth and Eric Hickerson in fifth.

McIntosh jumped to the early lead on the initial green flag. McCarter held second while Dance Dacus charged from sixth place. By lap ten, Dacus was up to second, but could not close on McIntosh.

The lone caution came on lap 35 when Josh Walker went over the embankment in turn one.

Further information on the Schaeffer’s Oil Fall Nationals can be found at SouthernNationalsSeries.com.