McCoy crowned LLM “King of the Highbanks” at Toccoa 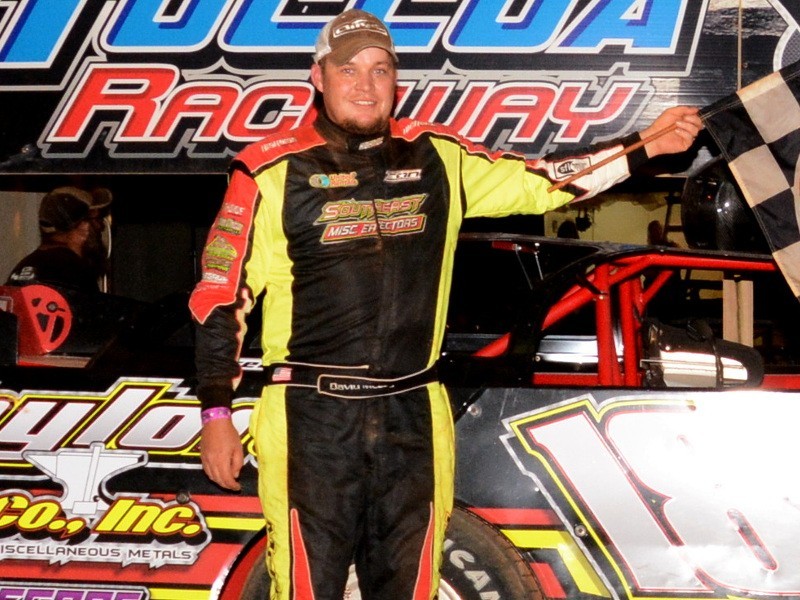 David McCoy remains the undisputed King of the Highbanks.

The Franklin, North Carolina speedster has won every King of the Highbanks Limited Late Model event since its inception four years ago at the historic 5/16 mile clay speedway.

Kenny Collins finished in second, despite his car smoking for the final ten laps. Chris Woods came home in third.

In other action on the night, which saw each division contending for a King of the High Banks crown with eligibility based the top five in season points, Payton Freeman scored the win and the title in the Midsouth Cage Equipment Pro Late Model feature, with McCoy following in second and Sylvan Schuette in third.

Ricky Smith bested the field of the Safety Plus 602 Sportsman feature for the win and the title. Smith started outside pole beside Crandall Turner, but was able to get the lead in turn one on the opening lap. Turner held on for second, with John Howard in third.

Bill Pulliam won the race and the title in the Toccoa Pro Trucks. Terry Calhoun was second with Preston Nicholson third.

Jackie Holden won the race and the title in the Stock 4 feature. Tyler Riddle and Harley Holden rounded out the podium.

Hayden Collett won the race and the title in the O’Reilly Auto Parts Stock 8 feature. Chance Segars finished in second, followed by Hunter Pilling in third.

Toccoa Raceway will be back in action for the final race of the 2019 season on Saturday, September 14 as the track hosts the Schaeffer Oil Southern Nationals Series. For more information, visit ToccoaRaceway.com.