United falls to Philly, out of 1st in Eastern Conference

CHESTER, Pa. — Kacper Przybylko and Sergio Santos assisted each other on late goals as the Philadelphia Union beat Atlanta United 3-1 Saturday night to move into first place in the Eastern Conference.

The Union (15-8-6) and Atlanta United (15-10-3) entered the game tied in points atop the conference standings. Atlanta had its four game winning streak snapped.

Przybylko gave Philadelphia a 2-1 lead in the 86th minute, finishing a cross from Santos with a hard shot that beat goalkeeper Brad Guzan inside the near post.

Santos punched home a cross by Przybylko in the 88th minute, capping the scoring.

Josef Martínez gave Atlanta the lead in the second minute of first half stoppage time. He scored in his 13th straight game, extending his MLS record. Martínez got open on a give-and-go with Darlington Nagbe, slipping past the onrushing goalkeeper and tapping it into the empty net.

The Union's Brenden Aaronson tied it at 1 in the 61st minute, scoring on an over-the-top pass by Haris Medunjanin.

United falls to Philly, out of 1st in Eastern Conference
Kacper Przybylko and Sergio Santos assisted each other on late goals as the Philadelphia Union beat Atlanta United 3-1 Saturday night to move into first place in the Eastern Conference... 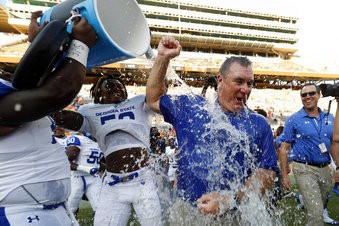 Georgia State rallies to stun Tennessee
Georgia State was the unlikeliest of candidates to produce one of the signature victories in this college football season's opening Saturday...
Updated

Georgia remains 4th in The Carmel Cup; Gainesville's Ralston is 7th
The Georgia men’s golf team fired a 10-under par 350 on Saturday in the second round of The Carmel Cup and remained in fourth place in the season-opening event...
Sports 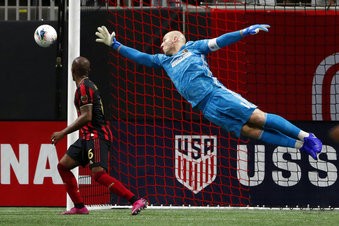 Pity Martinez leads Atlanta past Minnesota for US Open Cup
Pity Martinez scored a goal and set up an own-goal by Minnesota with a nifty pass, leading short-handed Atlanta United to another trophy with a 2-1 victory in the final of the U.S. Open Cup on Tuesday night...
By The Associated Press 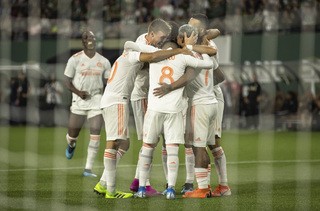