11:55AM ( 4 minutes ago ) News Alert
6 people killed in wrong-way crash on Georgia interstate 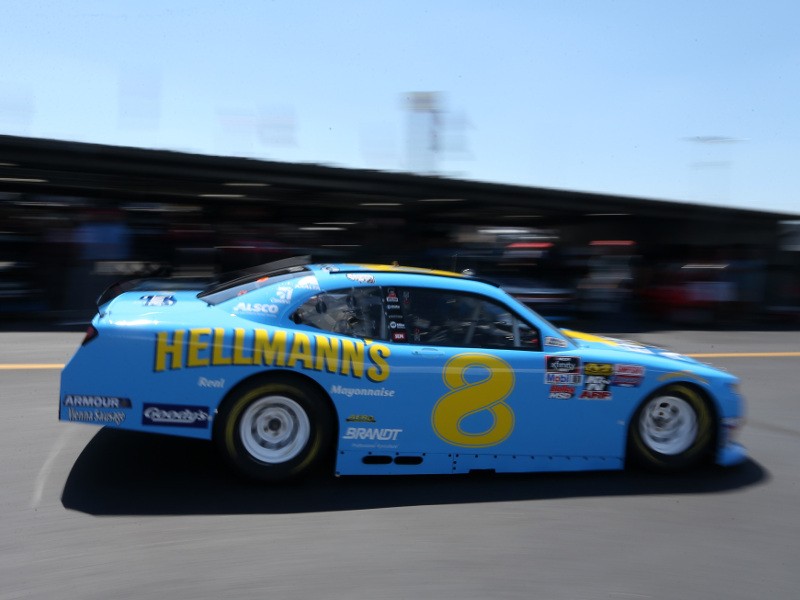 DARLINGTON, S.C. – Being on edge before a NASCAR race is nothing new to Dale Earnhardt, Jr., but his return to competition in Saturday’s Sport Clips Haircuts VFW 200 at Darlington Raceway brings an added dimension of pressure.

After all, Earnhardt hasn’t raced a stock car since finishing fourth in last year’s one-off race at Richmond in September, and he hasn’t raced a NASCAR Xfinity Series entry at Darlington since 1999.

“I’m real nervous about getting in the car, just because I haven’t been in a car in a really long time,” said Earnhardt, whose No. 8 Chevrolet is sporting a throwback paint scheme commemorating the late Dale Earnhardt, Sr.’s first Cup race at Charlotte in 1975. “I only drove at Richmond last year in 24 months. That was the only time I’ve been in a race car.

“I did come over here a couple months ago and ran about 15 laps when (JR Motorsports driver) Noah (Gragson) was testing. That didn’t do anything to help my anxiety. Noah was faster than me, and that just reminded me of how hard it is to drive these cars, how good these guys that drive ‘em are and how hot and miserable it is inside there — some of the things that you kind of forget about when you’re in the booth and being a broadcaster.”

The benefits of the experience, however, more than make up for the anxiety.

“It’s a real blessing to me to be able to run one race a year and sort of relive my past,” Earnhardt said on Friday in his first large-scale question-and-answer session with reporters since he, wife Amy and daughter Isla escaped a fiery plane crash in Elizabethton, Tennessee, on the way to broadcast races from Bristol Motor Speedway for NBC Sports. “That’s kind of why I picked this race at Darlington because of the throwback weekend.

“It’s such a great celebration of the history of the sport, and I wanted to be more a part of that. I got to experience it from the broadcast booth last year, and I thought, ‘Man, I get to run a race a year. Why don’t I just go to Darlington and do something fun in a throwback car.”

Earnhardt quickly shook off the rust in Friday’s Xfinity practices. He was fifth fastest in the opening session and 10th on the speed chart in Happy Hour.

There’s an interesting side note from the race Earnhardt is memorializing with his paint scheme. Dale Earnhardt finished 22nd in what was then the World 600, his only race of 1975. Right behind him in 23rd was Richard Childress, the car owner with whom Earnhardt would later win six of his seven series championships. Both drivers were running at the finish, 45 laps down.

Darlington Raceway is a track that provides very little margin for error. That’s why Brad Keselowski likes it so much.

Yes, Darlington stripes from contact with the outside wall are commonplace, but if a driver strays just a little too far over the edge, the results can be disastrous.

As a test of talent, Darlington is unparalleled.

“I love coming here,” Keselowski said before opening Monster Energy NASCAR Cup Series practice on Friday. “It’s always been one of my favorite race tracks. I love the challenge. I love running up against the wall. I’m not always a big fan of the heat, but I do like that it’s a very demanding track. It makes you feel like a race car driver.

“It makes you feel like you’re on the edge, and it makes me really kind of appreciate my job. All the race tracks have their challenges, but this one just has so many, and it’s so unforgiving. If you mess up just a little bit, you’re in the wall and your day is ruined. I appreciate that. It demands that, to be successful, you drive aggressively, but also that you not make any mistakes. That’s pretty cool to me.”

The defending winner of the Bojangles’ Southern 500, Keselowski was sixth fastest in final practice on Friday afternoon.

Another race weekend means another audition for driver Matt DiBenedetto.

But that’s nothing new. That has always been DiBenedetto’s mind-set.

DiBenedetto learned recently that Leavine Family Racing would not be picking up his option for 2020. On August 17 at Bristol Motor Speedway, in his first race since receiving the bad news, DiBenedetto finished second after surrendering the lead to Denny Hamlin with 11 laps left.

That strong performance was a great addition to the resume, but DiBenedetto has yet to find a seat for next season.

“I got a lot of like really nice, encouraging texts and stuff from a lot of fellow drivers and such, so that was really neat and encouraging,” DiBenedetto said of the Bristol aftermath. “Nothing in particular. Just keeping all options open.”

DiBenedetto has 12 races left in the No. 95 LFR Toyota, and that means 12 more chances to showcase his talent. That doesn’t mean, however, that he’ll be doing things differently.

“I drive the same really any race under any circumstances,” said DiBenedetto, who was fifth fastest in Monster Energy NASCAR Cup Series practice. “At Bristol, some people were like, ‘Oh, did you drive different there?’ and I’m like, ‘No, it doesn’t make a difference.’ When I strap in the car, I’m 100 percent every single lap I’m on the race track, no matter what.

“I’ve learned that lesson and been that way a long time. I always feel like I’m auditioning every time I climb in a race car for basically my whole life. That’s nothing any different, but I want to win for this team really, really bad, because it would be really special to get their first win for the team.”

WDUN will carry live MRN Radio coverage of this weekend's NASCAR action from Darlington Raceway, beginning on Saturday with the NASCAR Xfinity Series Sports Clips 200 beginning at 3:30 pm on 102.9 FM and streaming live on AccessWDUN.  Coverage continues on Sunday with the 70th annual Southern 500 for the Monster Energy NASCAR Cup Series beginning at 5 pm on 102.9 FM, AM 550 and streaming live on AccessWDUN.