Isakson to resign Senate seat at end of 2019 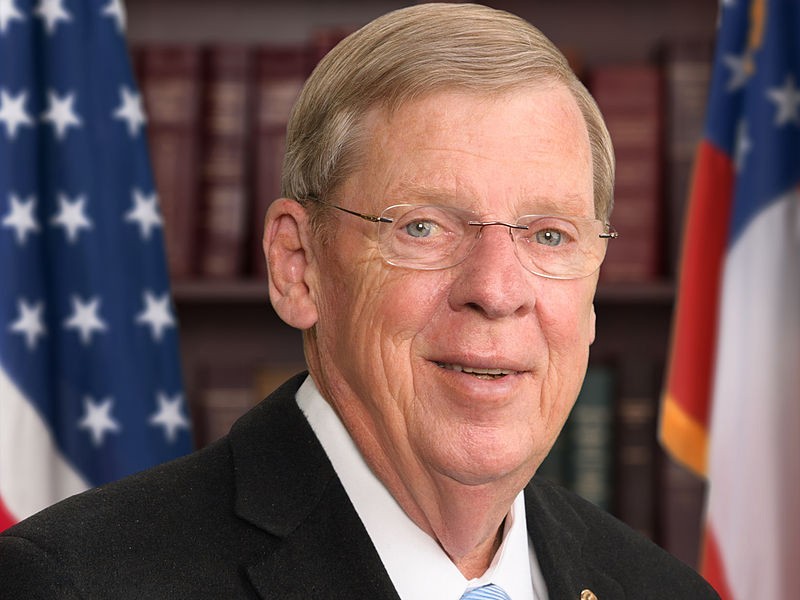 U.S. Sen. Johnny Isakson of Georgia announced Wednesday he is resigning his post at the end of the year.

“After much prayer and consultation with my family and my doctors, I have made the very tough decision to leave the U.S. Senate at the end of this year,” Isakson said in a statement. “I have informed Georgia Gov. Brian Kemp today that I will resign my Senate seat effective December 31, 2019.”

Kemp will name a successor to fill Isakson’s seat until the 2020 general election. The person elected then will finish Isakson's term, which ends in 2022. It will set up a rare situation in November 2020 when both of Georgia's Senate seats will be on the ballot.

Isakson, first elected to the Senate in 2004, said his health is taking a toll him, his family and his staff. The 74-year-old Republican was diagnosed with Parkinson’s disease in 2013. In July, his fell in the Washington apartment and suffered four fractured ribs and a torn rotator cuff. And on Monday, he underwent surgery to remove a 2-centimeter renal cell carcinoma from one of his kidneys.

Isakson will return to Washington on Sept. 9 when Congress reconvenes.

“In my 40 years in elected office, I have always put my constituents and my state of Georgia first,” Isakson said. “With the mounting health challenges I am facing, I have concluded that I will not be able to do the job over the long term in the manner the citizens of Georgia deserve. It goes against every fiber of my being to leave in the middle of my Senate term, but I know it’s the right thing to do on behalf of my state.”

“No one embodies the heart and soul of Georgia more than Johnny Isakson," Kemp said. "Our state and country have been immeasurably blessed by his leadership in the Georgia General Assembly, U.S. House, and U.S. Senate. Senator Isakson’s list of accomplishments on behalf of the state that he loves is long and revered, but what Georgia should be most thankful for is the high standard that Johnny held as a true gentleman, a fighter for his constituents, a trusted advocate for our nation’s veterans, and one of the greatest statesmen to ever answer the call of service to our country. Marty and I are forever grateful for the friendship that Johnny and Dianne have shown us over the years and wish them the very best in the years to come. I will appoint Senator Isakson’s replacement at the appropriate time.”

“Johnny Isakson has been a standard of public service and statesmanship for decades in Georgia," Collins said. "He’s always drawn on his extensive roots in our state to deepen his advocacy for all Georgians. Johnny faithfully remembers the forgotten, including America’s veterans. I’ve looked up to him as a mentor and still work to emulate him."