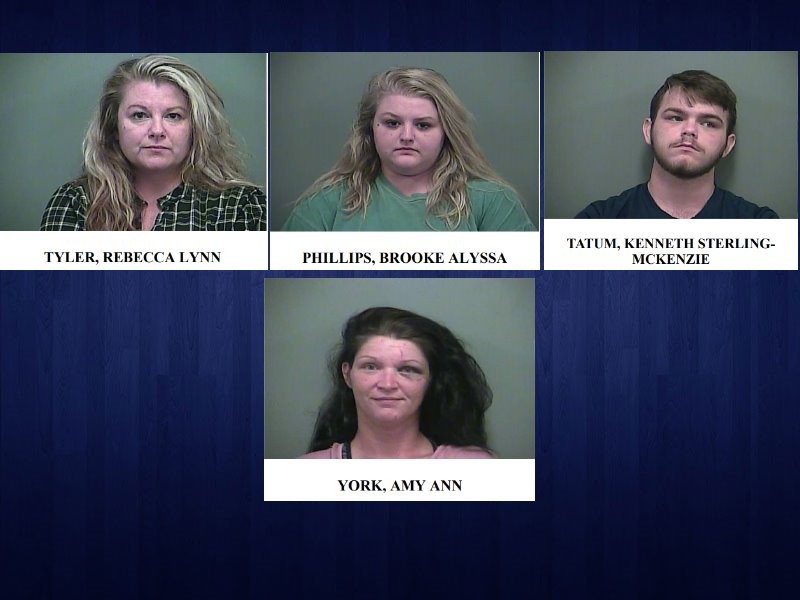 Just after 12:30 a.m. Saturday, Aug. 10, White County deputies were dispatched to Skitts Mountain Road and Sloan Road south of Cleveland regarding a possible fight in progress.

A White County S.O. incident report lays out the events of the incident as follows:

When deputies arrived, they saw several males and females on the side of the road, and one female sitting on the embankment covered in blood. They observed the woman, identified as York, to have several lacerations on her head and neck and blood coming from her head.

The incident involved a common male ex- of both Tyler and York, who was in the truck with York, the report states.

Tyler told deputies she had just recently moved out of the male’s house and they had broken up. She stated she considered York her friend. Tyler said York and the 36-year-old male came out of the truck running toward her and those with her, adding the male had a knife in his hand chasing Tatum, though she never saw the blade.

According to Tyler, when York went after Tyler’s daughter Phillips, Tyler jumped on York and took her to the ground, the report states. Tyler stated she then grabbed a beer bottle from the ditch and hit York in the head with the bottle, but York didn’t get off Phillips.

Tyler told deputies York grabbed hold of Tyler’s hair and didn’t let go and they went to the ground. Tyler stated York repeatedly struck her in the head and would not let go and that Phillips was trying to help get York off her.

In a cell phone video of the incident taken by Tatum and later sent to deputies at their request, York could be seen running down the road toward Tyler. As York, Tyler and Phillips are off the frame, the deputy heard the audible sound of glass breaking and pieces appear to fly back in view of the video. The video then shows the male come into the video frame and yell at Tyler and Phillips to let go of York. The deputy reported seeing Tyler and Phillips on top of York in the video.

Tyler, 39, of Demorest is charged with aggravated assault and affray (fighting). No bond had been set as of Monday afternoon.

Phillips, 20, of Demorest is charged with affray (fighting). No bond had been set as of Monday afternoon.

Tatum, 18, of Demorest is charged with affray (fighting). No bond had been set as of Monday afternoon.

York, 32, of Cleveland was not taken into custody at the time of the incident because she was transported to the hospital for medical treatment, the incident report states. She was charged with affray (fighting) and posted a $1,000 bond.

Tyler currently is an employee of Northeast Georgia Health System, and has been employed there since Sept. 29, 2008, said NGHS spokesman Sean Couch on Monday.