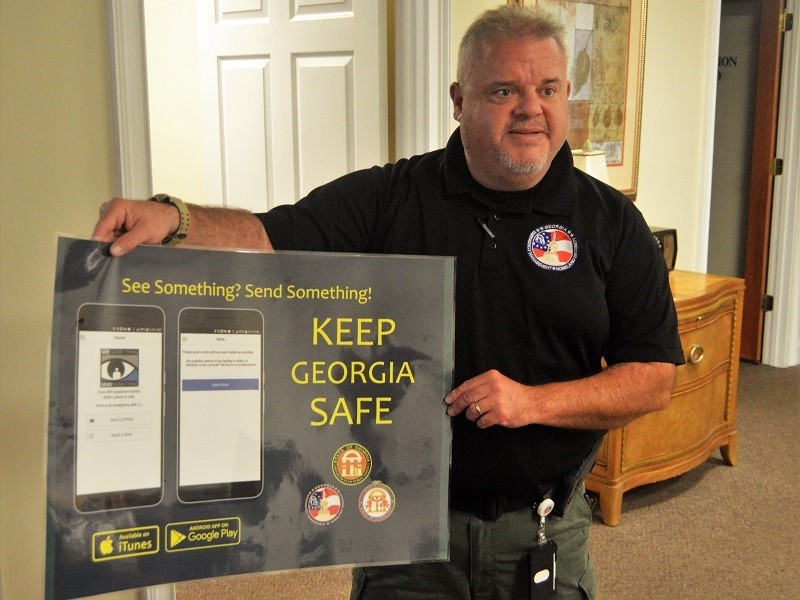 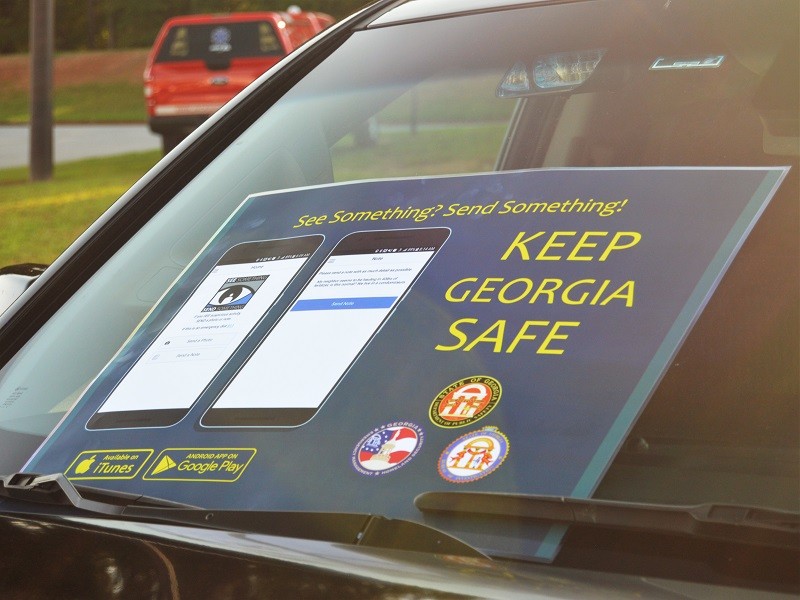 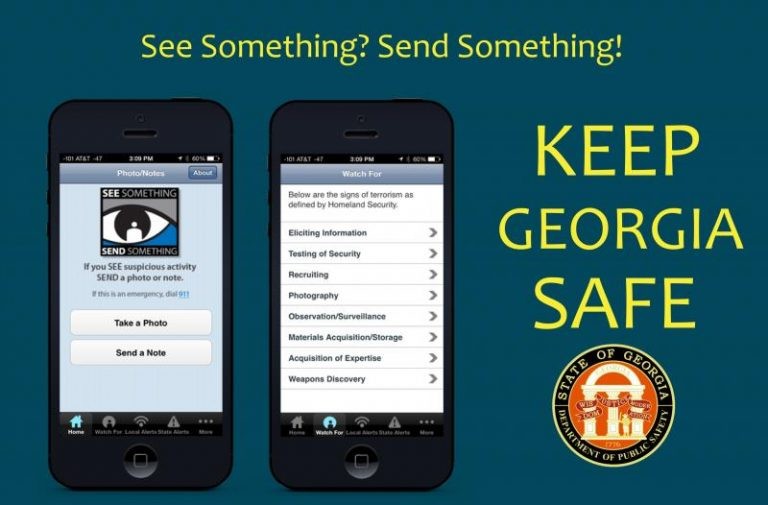 Georgia Emergency Management Agency/Homeland Security is pushing the See Something Send Something app that is now live and in use.

On Wednesday, Area One Homeland Security Coordinator David Shanks held a media blitz in Toccoa promoting the app, which is available for both Apple and Android devices.

“It’s a free download, and basically it’s an app where you can now report, anonymously if you want to, you can send photos, you can send notes,” Shanks said. “These tips go to our state Fusion Center, which is in Atlanta – Georgia Information Sharing and Analysis Center, GISAC, which is run by the GBI now.”

The center is monitored by analysts 24 hours a day.

“The tips are looked at immediately and then distributed wherever they need to go,” Shanks said. “The overall goal is to get any suspicious activity reported. We don’t want to happen what has happened in other parts of the country, where there was information out there and it got dropped between the cracks. We just don’t want that to happen here in Georgia.”

Shanks said it’s not enough that people report a suspicious person, but rather what is suspicious about the individual(s), a description and exact location. Examples would be a person lingering around infrastructure controls, wearing an overabundance of clothes in hot weather, or taking photographs in sensitive areas of places where the public gathers, such as malls, schools or churches.

“We’re pushing this out across the state,” Shanks said. “We’re really focusing on the schools, especially with the recent tragedies that have occurred.”

In Stephens County, school resource officers are helping promote the app in the schools.

“We’ve got local law enforcement support,” Shanks said. “Sheriff Shirley, he has the SROs in the schools here in Stephens County and he’s behind it – anything to keep those kids safe.”

While the schools are the quickest way to reach the public with timely educational efforts about the app, anyone living or working in Georgia, and even those vacationing or passing through, can use it to report suspicious activity.

“This is for everyone,” Shanks said. “This is not specifically geared for the schools. It’s for anyone; even visitors to Georgia can use it.”

Wednesday’s media blitz was focused in Stephens County, but the app is statewide, and Shanks and Homeland Security officials want the public to know the information is relayed quickly to agencies wherever a potential threat exists.

Reports made through the See Something Send Something app are processed instantaneously by GBI crime analysts and, once vetted, are passed along to the appropriate law enforcement agency or agencies for investigation or response.

“We’ve already had numerous tips turned in,” Shanks said. “We’ve had several that have proven beneficial.”

The app is not for reporting speeders or driving offenses, but rather threats to the safety and security of a facility, organization or infrastructure.

Additionally, situations that require emergency response should be reported to 9-1-1.

The icon for the free app is See Send and features an eyeball image.