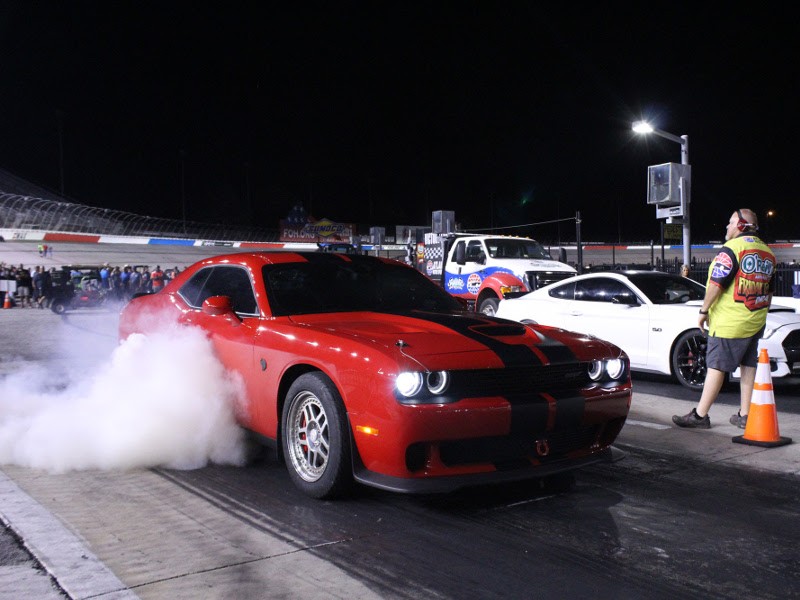 HAMPTON, Ga. - With time running short on the 2019 Auto Parts Friday Night Drags season at Atlanta Motor Speedway, drivers scrambled to make a move in the points standings with the penultimate race on the horizon.

The championship battle in the South River Agency New Edge Division tightened up with a final round win by James Walker in his 2016 Dodge Challenger Hellcat.

“I’m working hard to keep my championship trophy from last year,” said Walker following his win over Gary Kelly in the final. “There is a lot of good competition out here and it’s a lot of fun.”

A blown transmission has taken contender Steve Schaffer out hunt for a division title.

“They said it would be a month before I’d get it back,” said Schaffer from the sidelines.

With only two more weeks remaining and no car to compete, Schaffer has had to watch any hopes of a championship evaporate while watching the South River Agency New Edge Division compete.

“Steve is a great competitor,” said Walker, “but there are a bunch of other fast cars out here.”

Walker now trails division leader Jacob Turner by two points in the championship hunt while an idle Shaffer is now five points back of the leader.