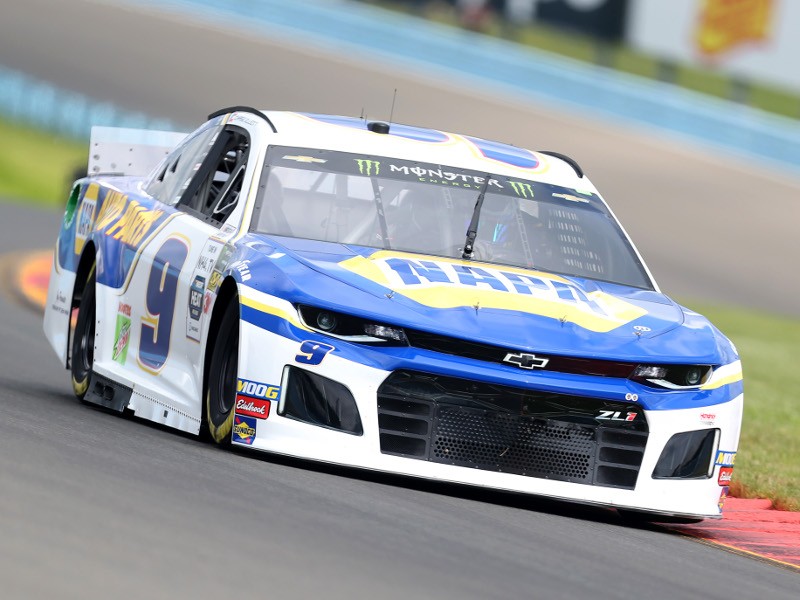 And on Saturday, Elliott returned to Watkins Glen International with a vengeance, taking a giant step toward another victory at track that gave him his first Monster Energy NASCAR Cup Series win last year.

Elliott covered the 2.45-mile layout in 69.287 seconds (127.297 mph) to edge Hendrick Motorsports teammate William Byron for the top starting spot in Sunday’s Go Bowling at the Glen, the 22nd event on the Cup calendar this year.

The Busch Pole Award was Elliott’s first on a road course, his third of the season and the seventh of his career. Most important, it reinforced Elliott’s status as a legitimate contender at the seven-turn track that features right-hand as well as left-hand corners.

“Our NAPA Chevy is fast, which is nice,” Elliott said. “It cooled off a lot (in late afternoon), and the track picked up a lot of pace from practice. So I just tried to find the limits of all that. There were a couple of places where I thought I could get more, but you always want to get more.

“Qualifying well here is important, because the strategy is important. Pitting these cars backwards (with fuel intakes on the right side instead of left), you need good pit selection and track position. This is a great result for our NAPA Chevy team.”

Elliott finished 13th in his first two races at the Glen. The last year, he started third and got his breakthrough victory.

“I don’t think I necessarily did anything different today than I did my first two trips,” Elliott said. “you hope you’ve gotten better as time goes on, but I can’t really say my approach was any different. I just think the combination of the cars getting better and us working together more is what helped us get the pole today.”

Early in the first of two qualifying rounds, Erik Jones blew a right front tire in turn 1. After his car was towed back to pit road, he recovered to qualify 14th.

“I just missed my mark,” Jones said of his entry into the first corner. “I just got in too hot and locked the right front up enough that it blew it out. That’s not what you want to do. I kind of thought we were done, and I didn’t realize that the rule was that if you don’t complete a lap you get to come back in and change tires.

“We put another tire on it, and the DeWalt Camry had good speed. I was just a little conservative on my lap, which I think you can probably understand why after the first time. Still a good starting spot. It has more speed than that, so it’s frustrating in that way, but still nice that we’re starting off better than dead last where we thought we were going to be.”

WDUN will carry live MRN Radio coverage of Sunday's Monster Energy NASCAR Cup Go Bowling At The Glen from Watkins Glen International beginning at 2 o’clock on 102.9 FM, AM 550 and streaming live on AccessWDUN.