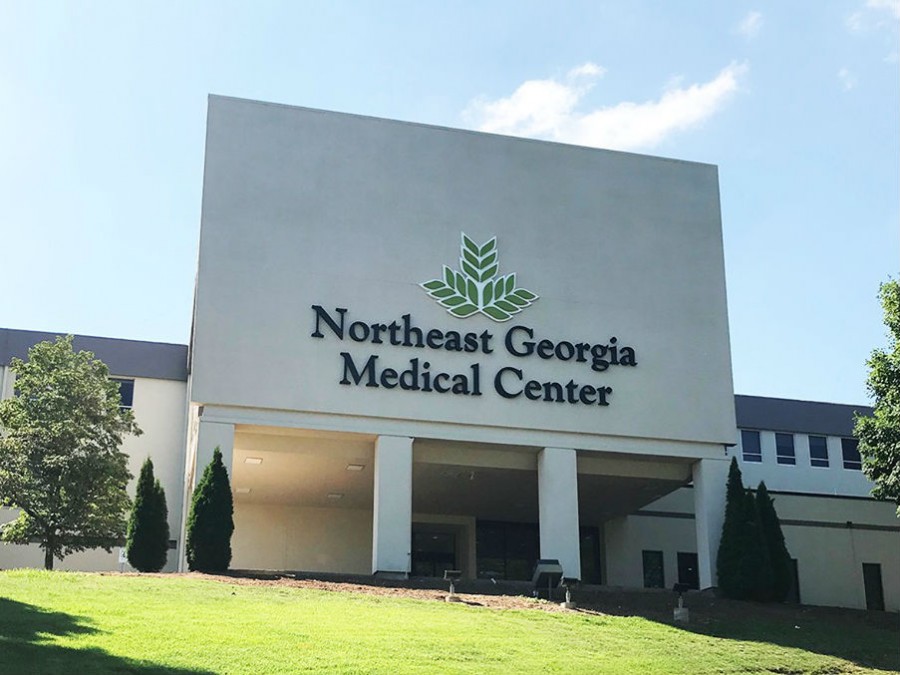 When John Fisher went to work on July 16, just like he does every workday, he didn’t realize a new hospital would save his life just a few hours later.

As a roofer based in Dahlonega, Fisher is always careful about working at extreme heights, on dangerous slopes, and in severe weather.  But, on Tuesday, July 16, the unexpected happened.  He was on a job site when he was stung by a wasp, which he is highly allergic to, and he immediately realized he did not have his EpiPen.

“By the time my boss drove me to the hospital, I was starting to get delirious and my airway was closing,” says Fisher.  “As we pulled up to the doors, we asked some of the people outside if the hospital was even open.”

“I am so thankful for the excellent care I received,” said Fisher. “These people, this hospital, saved my life.”

Fisher was the fourth patient treated at NGMC Lumpkin and one of 191 patients treated during the new hospital’s first week of operation.  Twelve of those patients were admitted to the inpatient unit, and another 15 patients were transferred to other facilities for care.

“Our project team and staff spent countless hours preparing to reopen emergency care in Lumpkin County,” says Kay Hall, nurse manager at NGMC Lumpkin. “To be able to save a life, and touch 190 others during the first week, proves we’re already improving the health of this community.”